Fighter jet lands on the Expressway to Taj 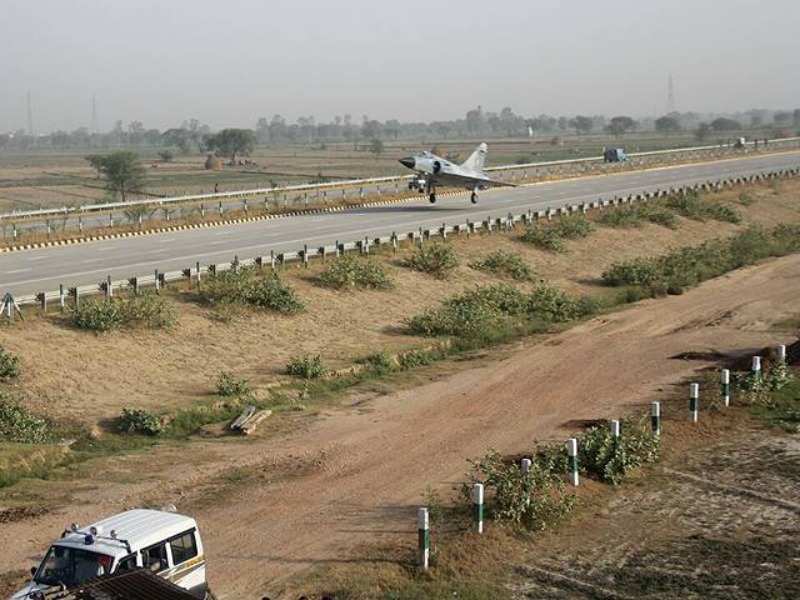 Local residents got a visual treat after a fighter jet of the Indian Air Force (IAF) landed very briefly on the Yamuna Expressway near Delhi today morning.
Advertisement

The jet, which flew from Gwalior, test-landed on the Expressway as part of a drill for emergency landings on national highways at 6.40 am.
"The aircraft made a practice approach on the highway, coming down to a height of 100 metres before landing off the next approach," said an IAF statement.

Several IAF personnel were present at the spot. While a makeshift Air Traffic Control was set up, bird-watchers, fire engines and rescue vehicles were on alert.

Officials said the drill was to come out with possible landing strips on the national highway for fighter planes in case of emergencies.

A spokesperson said the test-landing was a capability demonstration and IAF has plans to activate more such stretches on highways in the future.
Advertisement

Meanwhile, the IAF also coordinated with the Uttar Pradesh Government and district officials in cities of Agra and Mathura.

This was first of its kind for defence aviation in the country as in India, very few roads are available for such landings because of traffic, pedestrians and animals.