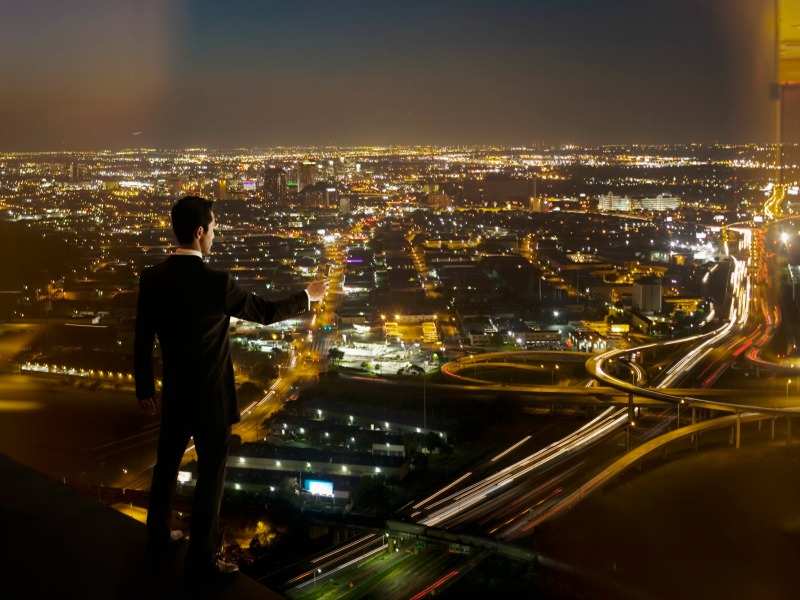 At the heart of the 100 smart cities project of the present government is a desire to drive urbanization in our country. India’s urban population currently at around 350 million is estimated to touch 600 million by 2030.
Advertisement

With growing urbanization and infrastructure, public services will also be required to ramped up with support of technology, and made more efficient and trustworthy.

The performance of public services such as police, government hospitals, fire safety and even those that address national calamities in a city, determines citizen confidence and also the reputation of the city amongst both residents and non-residents.

Private enterprise can partner with government to ramp up solutions in areas that impact basic safety and security and peace of mind of citizens.

How will it work?

Advertisement
There's a broad range of crisis situations that we face on a daily basis—this holds true whether one is living in or in our present cities. If a personal safety provision backed by and an immediate and reliable assistance service is made available, it will make urban life less stressful. This ensures live assistance that can actually be present to protect citizens from real or perceived harm.

CCTVs, vehicle tracking systems, GPS enabled transport modes are all part of the equation, more so in public transportation systems like cabs etc., where the incidents of “lone commuters” are common. However, these need to be complemented by prompt and reliable assistance.

Providing this service is not rocket science and in a PPP scenario, it would require cooperation and responsibility from all stakeholders, including government agencies and private enterprise as well as end users such as employers and citizens.

As things stand, in places such as the NCR region, police authorities and other public agencies are able to solve about half the crimes but an additional safety and security provision can avert any untoward incident if the affected party had access to prompt action and someone who could help.

Because of the huge infiltration of smartphones, there are a lot of apps that act as an alerting mechanism to family members when one's security and safety are under threat. Offerings of such nature are largely driven by private enterprises that have seen an opportunity to fill the gap that in developed nations is provided for the most part by government.

Advertisement
These apps act as great communication mechanisms, but will need to be followed up with by timely action. In times of panic, though, the best of us may lose judgment of what may be the right thing to do. At such a time, having the right assistance, of someone trained, who is well versed in handling a broad range of situations, can prevent an edgy situation from further escalation. These could include a personal medical emergency or a road rage situation that's become uncontrollable or simply having someone check on you to ensure your personal safety when using public transport in late hours or to deserted areas.

The involvement of private enterprise in large infrastructure projects seemed impractical in the 1970s and 80s, but today it is clearly one of the largest PPP markets in India. Similarly, if government enters into partnerships with private enterprises, to make citizens feel more secure about their personal safety, an impact will be made, both in the short and long term.

(The article is written by Arvind Khanna, founder of One Touch Response)