Here's why we need an open data portal for Indian cities 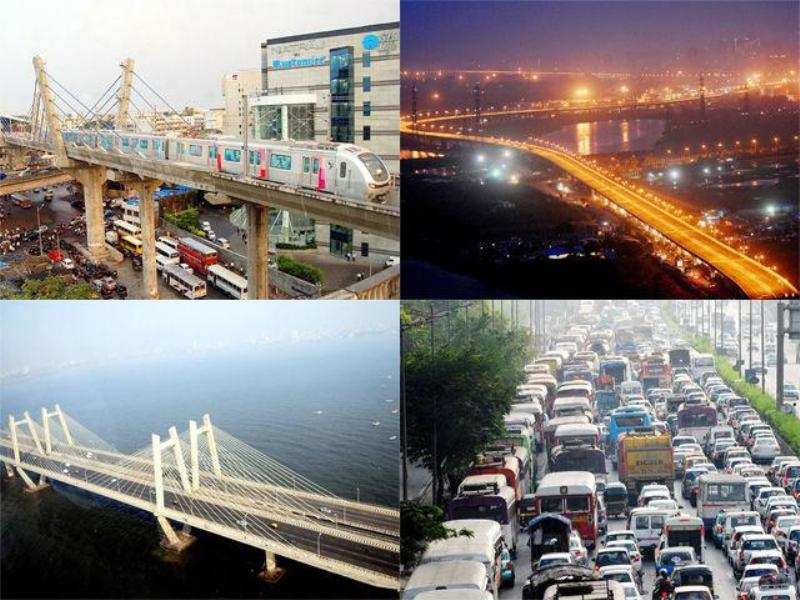 Cities are the building blocks of any country. They are the cradles of creativity and innovation and drive regional prosperity. City growth is driven by a burgeoning and aspirational population that moves to these urban centers in search of better opportunities. Due to a paucity of data and an inefficient data collection system in the Indian context one is not able to keep a track of a city’s growth graph and create linkages between urban migration and its growth contribution. It is because cities are often treated as discrete, unrelated entities and are mostly studied at the macro level. It also severely hinders public policy choices and results in the formulation of urban solutions that are ineffective and sub-optimal.

There is no discreet mechanism in our country to track real-time, monthly or yearly growth of Indian cities. Under the Indian Statistical System, there are divisions responsible for survey and collection of data on various variables at the Center and State level; however very less data is reported at the level of cities. Likewise, there is a paucity of data pertaining to cities in the Government of India census where the data is largely reported at the national, state and district level. Crucial data variables are not available for most of the cities in India, and if available they are dated. Moreover, there is no designated body to create an open repository at the city level. As per the administrative structure of India, there is Center, State, Division, District, Municipal Corporation, and Ward in that order. Though there are designated ministries and institutions in the area of urban development that formulate policies and handle the issues about urban India, no apex body exists to keep a measure of the growth statistics within Indian cities. It also makes the citizens migrating to the cities largely uninformed about their choices and often results in a case of failed expectations.

Officially, municipal bodies should be assigned the task to keep a track of their region's development but most of them already face a shortage of skilled workforce. One, therefore, sees that the paucity of data on city variables, therefore, misrepresents the urban reality of Indian cities. Some organizations are doing notable work in the area. Shelter Associates, a Non Government Organization in Maharashtra has created and is maintaining the profiles of Pune, Sangli, and Miraj. They have also created a spatially organized slum database, which they use to cater to the infrastructure and utility service needs of the slums. They also share data and insights with the government to help them design better policies that result in the implementation of fruitful projects.
Advertisement

Today everyone feels the significance of city level open data repository, and it is the right time for us to realize its worth. Many countries around the globe, which we look upon as our potential competitors/ collaborators are well organized and transparent in creating open databases/portals at different levels of geography. Like , China and the European Union believe in making data available to all the stakeholders and have dedicated portals. The rationale behind this is that open data will result in greater citizen participation, identifying best practices, creating transparency in government activities and assisting in improving the quality of life within a region. A pertinent question that thus arises is, when is India going to take concrete actions to build its data repository at the city level? It is all ready to build its first set of smart cities, but they will be uninformed and unproductive if one is not mapping them continuously with the help of real-time data.

The need is thus to pool credible and yearly, as well as real time data information on cities, which can then be used for studying, planning and policy formulation purposes. It will help to create a concrete backbone for our developing economy in terms of understanding the ground realities and accordingly, improving the existing set of resources. Cues can also be taken from the recently launched Bloomberg “What Works Cities” Initiative. As reported, the initiative will help 100 mid-sized US cities to use data and evidence effectively by engaging public as well as government. The objective behind the initiative is to improve the life of these city residents and involve them in solving the problems of the community. The creation of open database under the initiative will help to draft better budget, efficient policies and continually improve public programs by conducting evaluations. Ultimately, making the entire process transparent and deliver results to citizens.

Major cities across the globe rely on city data to enhance their existing resource delivery systems but in India, the situation is slightly different. Efforts are certainly made to gain public confidence in the local authorities but mostly by making promises and not by drafting open data policies based on real-time numbers. India being a rapidly urbanizing country needs to start taking some concrete steps. It has to realize that it is the right thing to do in this era of smart cities. Data has the power to transform the cities and bring forward their new capabilities. It can also be a beneficial tool for the public and private sectors, which today rely on agencies for understanding the growth of a region. The process is not expensive and might potentially help to understand the problems. Advertisement
When NITI Aayog can replace the 65-year-old planning commission, claiming the role of later to be irrelevant then why can’t we have a body for mapping our Indian cities. Much has been talked and outlined for the transformation of our urban centers of growth. The need today is to create a public body in India maybe as a wing of the Indian Statistical System. The key role of the body should be to track all the cities in the country and provide freely accessible data in a user-friendly format. The step will be a milestone in the history of urban development and management and clearly a solution for several urban problems.