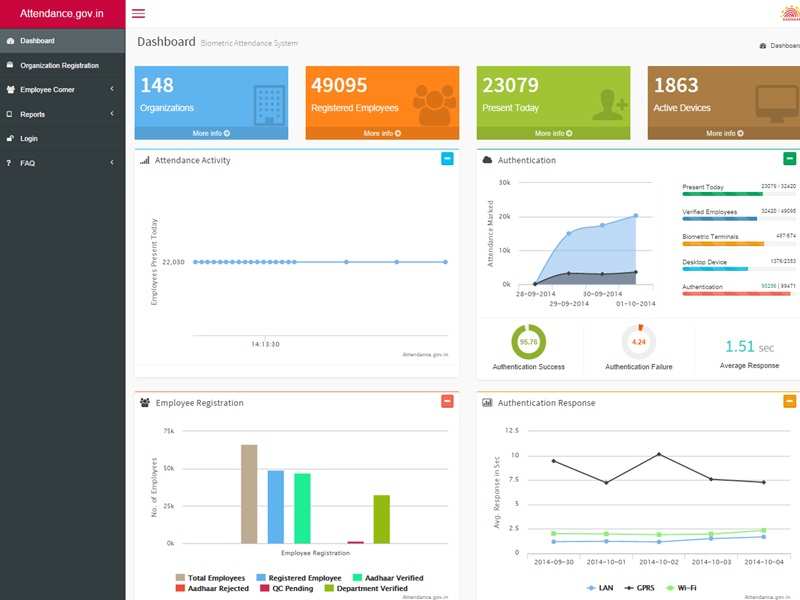 In a bid to ensure improved work culture in offices, the NDA government has taken a revolutionary step. It has introduced Aadhaar-based biometric attendance systems to monitor and track the work of Central Government employees. The attendance system is now up and running; and you know the best part is that it is accessible even to general public on attendance.gov.in.

By introducing biometric attendance compulsory in offices, we hope that government offices would be transformed for the better. The office-office scenario would change: officers would report on time, will delegate work on time and thus, save common man from the inconveniences he faces while he visits there (government offices) to get his work done.

Advertisement
Believed to be modelled on the lines of Jharkhand government and the Department of Electronics and Information Technology website, attendance.gov.in currently monitors 148 government organisations and serves as a centralised database for all central government employees.

Additionally, the dashboard consists of graphical representations of “real-time attendance” and statistics on the percentage of people logging into office during different time slots, giving an idea of how many officials come to office during the designated timings.

Advertisement
This level of open tracking takes transparency to another level, a key focus of the government at the Centre. Many twitter users have welcomed the step taken by the . They believe this will eventually bring a change in the years-old image of ‘Babus’ of the , now making them more punctual in their official work.
(Image: www.attendance.gov.in)
NewsletterSIMPLY PUT - where we join the dots to inform and inspire you. Sign up for a weekly brief collating many news items into one untangled thought delivered straight to your mailbox.
CAPTCHA: