How to build a healthcare system for all in India 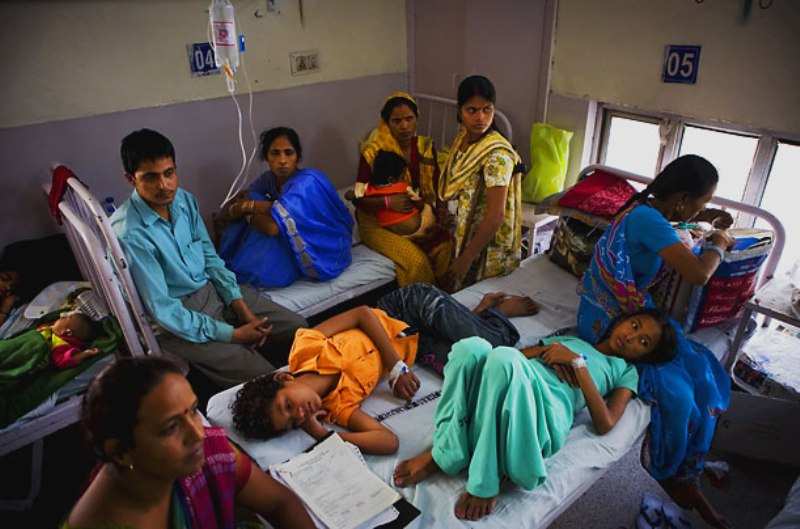 Recently, I had an opportunity to interact with experts who had converged in Delhi at the EU Health Summit on April 29 to discuss the state of healthcare in India. The major point of discussion was the performance of the over the last twelve months. Without a doubt the common view was that the Government had done a great job of presenting a positive picture about the country, instill hope within its people, inspiring the youth, making business see possibilities etc. The initial positive feeling now seems to be waning specifically with regard to the healthcare community within the country and abroad. Some of the concerns were pertaining to prioritizing health, budgetary support not being presented within the , backtracking on promises etc. The stakeholders though remain hopeful and look forward to implementation and focus on part of the Government to take the country out of the challenging situation it is facing right now. If this doesn’t happen the prognosis is clearly alarming for the country as it would have a huge bearing on it societal progress and a possible backlash from the people towards the government.

The contrary view is that the Government has made budgetary allocation cuts towards healthcare though this has to be seen from a sympathetic view. The sympathetic view driven by the idea that does it make sense to throw money at a system that hardly works, performs or is a big black hole. The ideas also pushes towards thinking that a new approach is required that redefines the healthcare system in the country.

Some interesting pointers that did come out of the conversations have a bearing on how we think about health, healthcare and solutions in general. Presenting some of the pointers that can give us a view on what we as a country should look at within the healthcare system, steps that we need to take towards making India a healthy and prosperous nation.

Advertisement
1. Implementing a successful healthcare system is a problem of federalism
2. India can learn from Europe as it has depicted different approaches across the countries within the that can create successful healthcare interventions and systems
3. We as a country need to focus on understanding the art and science of comparing healthcare systems
4. India should learn from others and leapfrog
5. India should design its health system that is based on successful outcomes
6. Extremely difficult to have one-size-fit-all healthcare system within the Indian states.
Advertisement
7. Time that India recognizes the positive impact and fantastic level of care presented by the private sector and build on it. This, thoug, is not without the caveat that the markets should be allowed to function by instilling competition within the sector
8. Competition would inspire enterprises to innovate and eventually reduce costs of care.
9. What does it primarily mean to have access to healthcare? The first thing that needs to be looked at is proximity of healthcare center for people. In case it takes extensive time to get to a healthcare center, then it has huge economic burden of lost wages for the population.
10. Improve the quality and functionality of the healthcare centers within the country as this at present is severely compromised.
11. Affordability. What would it take to make healthcare sustainable and affordable to general population within the country. This is where government would have to lead the way.
12. Government needs to kick start the process and provide the vision. There is this sphere wherein the country faces its biggest challenge, the challenge of dissonance between the political vision and bureaucracy.
Advertisement
13. The most effective and positive contribution of the government could be to dismantle the present structure of bureaucracy which is the relic of the Raj.
14. Urgent need to have leadership pertaining to public health issues. To build effective health systems, institutions need to be created that fit the needs of India
15. No panacea exists for solving the country. India needs a solution that could be driven by a composite hybrid model. An eclectic plan needs to be unearthed to have an integrated approach between the public and the private sector.
16. Urgent need to create standards on quality of healthcare within the country.
17. Set up a regulatory structure for primary healthcare
18. Can’t throw money at the problems and expect that the solution would emerge from the blue.
Advertisement
19. Political commitment is required and reignite our thinking with the idea that health is not an economic burden. Healthcare is a tremendous opportunity and healthy people have an exceptional impact on productivity and of the country.
20. Work towards the idea wherein Make in India and Healthcare reforms could work in tandem.

( Dr. is President and CEO of Chairman of Institute for Competitiveness, India. He tweets @kautiliya and can be contacted at amit.kapoor@competitiveness.in )

Next StoryFoodpanda to grow bigger, raises $100mn with help from Goldman Sachs
Advertisement
Popular on BI
1
Jeff Bezos shared a note from a couple that bought 2 shares of Amazon in 1997 - and are now using the proceeds to buy a house after the company's 172,499% post-IPO run
2
OPINION: “I would bet on Novovax,” a doctor’s take on how to make the COVID-19 vaccine jabs more effective
3
Amazon, Alibaba, Flipkart, Snapdeal and others get an angry letter from India's telecom regulator
Latest Stories
Trending News
Buying Guides
Advertisement
Advertisement
Foodpanda to grow bigger, raises $100mn with help from Goldman Sachs
Narendra Modi has just given India Inc has a new reason to worry
Coalgate scam: Court asks CBI why it didn't impound Naveen Jindal's Passport
Popular Categories
Trending Right Now
More from our Partners