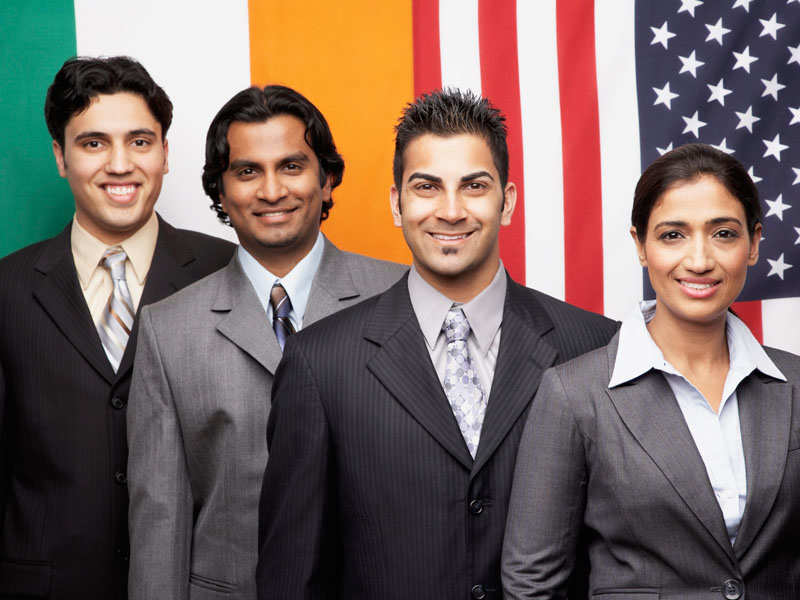 Indian Americans are playing an important role in the Indian Lok Sabha Elections 2014. The Indian Diaspora across the globe had never been as engaged in a political election in India as it has been in 2014 Lok Sabha polls. Indian Americans in the US are participating in the elections by staying tuned to various news sites and discussions at social gatherings, and also by promoting their favourite parties or candidates via e-mail messages, social media campaigns, hangouts, online forums, etc. In fact, several think tanks, communities, associations, forums and trade groups in the US are keenly following the ongoing Lok Sabha elections that started in April this year and will continue right through mid-May.
Advertisement

Quite a few NRIs postponed their annual (December) visits to India to be able to campaign for their favourite parties. NRIs see an opportunity for change by voting for a who they feel will deliver results for India. BJP’s PM candidate and Aam Aadmi Party’s Arvind Kejriwal seem to draw different levels of support from the NRI community. But support for the party seems more muted during these elections.

The fact that Modi is perceived to be decisive and businesses like makes a distinct impression on the NRIs since a large number is engaged in Corporate America. Kejriwal gains his support from the Diaspora that is sick of the corruption scandals surfacing on a regular basis. The evolution of really fascinates a lot of Indian Americans since they see it as a party led by a professional that has been built on grassroots politics, using technology.

Last year, Modi started it with an army of bright youths through his Citizens for Accountable Governance (CAG) initiative. The idea behind this drive was strategic anticipation of the political battle to be fought in the country, as India has a high concentration of young people who like decisiveness and interaction.

It was AAP’s experimental stint with that probably found support in the US and several Indian Americans, such as Rachna Dhingra (from Seattle), adopted different constituencies spread across India. For instance, Dhingra promotes social activist Medha Patkar, the AAP candidate from Mumbai North East constituency, and Prashant Mishra, another AAP candidate from Bhandara-Gondiya in Maharashtra.

Advertisement
Similarly, there are Indian Americans who have volunteered for conference-call programmes for friends and families back home, asking them to vote in favour of specific candidates. A good number of AAP and BJP supporters in the US have signed up for cyber activities, which are basically running vigorous social media campaigns to promote their candidates against rival leaders. But then, success in that space largely depends on the candidates and their abilities to mobilise resources, reach out and take help from Indian Americans.

Modi has a substantial advantage when it comes to reaching out to the NRI community in the US. The phone programme has more than 18,000 people signed up over time but not everyone has been active. Still, the pro-Modi and the anti-Modi battles seem to be playing out well in the US through Indian Americans.

As the elections progress, the vagaries of India’s attitude – that of winning and taking it in the stride – seem that converting votes into seats will get complex. There are organisations like the Overseas Friends of BJP (OFBJP) and Global Indians for Bharat Vikas (GIBV) who have been busy organising Chai Pe Charcha (NaMo Tea Party) in the US. It feels like this election is like none other and I have read somewhere that a dynamic entrepreneur has started an ‘election tourism’ business, which means they will take you to the key campaign hotspots. I might take them up on their offer.

Shaking hands with the local political candidates, voicing their opinions and joining the campaign trail in different regions of India to know more about a leader seem to have attracted more than 800 foreigners and some 2,000-odd NRIs to Election 2014. And the final outcome of the polls in the middle of May is definitely going to be as intriguing as it can be.

About the author: Sanjay Puri is the chairman of the US India Political Action Committee (USINPAC), a national, bipartisan body representing the political views of the Indian-American community in the US.