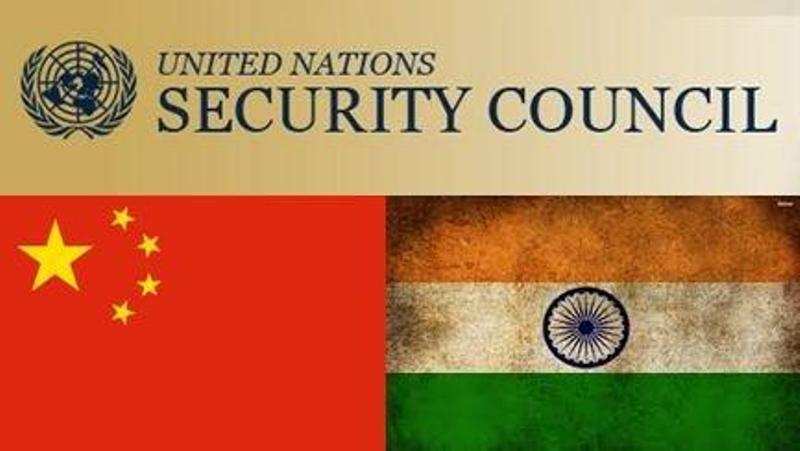 During his recent visit to India, Chinese President made a statement that he will support for a permanent membership in the UN Security Council (). The statement means more to those who are closely watching Sino-Indian relation have hailed than the trade and investment deals which are expected to lead to inflow of billions of dollars to India.

While the statement seems to reflect the seemingly improved relationship between the two Asian giants which is said to have precipitated Jinping’s visit and the string of trade pacts he signed, critics warn that it should be taken with a pinch of salt, for this is not the first time has pronounced something like this. Each time, it has turned out to be a propagandist assertion of its traditional position on India’s quest for a permanent membership in UNSC—that it is in favour of India playing a greater role in UNSC—which is nothing but typical diplomatic PR punchline that lacks clarity, purposefulness and earnestness.

Advertisement
While India was among the founding members of United Nations, the permanent membership in UNSC always remained elusive. In fact, India’s endeavour for permanent membership in UNSC began in 1955 when the then Prime Minister Jawaharlal Nehru reportedly turned down the coveted status offered to India which was then grabbed by China. While the reason for Nehru’s inadvertent gesture—which he repeatedly denied—still remains a mystery (there are those who believe that he trusted China a bit too much), it proved to be costlier for India.

Why India deserves a permanent place in UNSC?
The reasons are aplenty. First, with a population of a tad more than 1.2 billion, India will soon overtake China as the most populous country of the world. So no one can deny its ubiquitous physical presence in the world stage and the resultant need for adequate representation in a strategic forum like UNSC. Second, barring nagging problems including inequality, illiteracy, poverty and corruption, India is the largest democracy in the world. Excluding the 21-month interlude of ‘emergency’ during 1975-77 under Indira Gandhi, it religiously adhered to the norms of democracy since gaining independence from the British In 1947. Third, it is the 10 th largest economy in the world and its army is the third-largest globally. Fourth, India has been a member of the UNSC for six terms totaling 12 years besides being a member of G-77 and G-4; therefore, a permanent membership in UNSC seems a logical extension. Fifth, it is the third-largest contributor of troops (close to 160,000 soldiers) to more than 40 UN peacekeeping efforts including those in Korea, Egypt, the Congo, Somalia, Angola, Haiti, Liberia, Lebanon, Rwanda and South Sudan and more than 150 Indian soldiers lost their lives while serving in UN missions.

Prerequisites that will lead to India’s permanent membership of the UNSC
Advertisement
First, for the UNSC should be enlarged to 25 members from 15 currently, possibly ensuring geographic representation (for instance, Africa and South America are excluded from permanent membership). Considering UNSC’s slow, conservative demeanour, this seems unlikely in the near future. Second, all the five permanent members—the US, the UK, France, Russia and China which enjoy veto power—should endorse India’s candidature. US President Barack Obama and UK Prime Minister David Cameron recently said they would support India’s case for permanent . France and Russia too are not averse to supporting India. This means than India’s bigger Asian counterpart China is the real stumbling block in its quest for permanent UNSC membership.

But why China is vehemently opposed to India’s permanent entry in the august body? Well, for one, it doesn’t want to lose its coveted status as the only Asian country in UNSC permanently. Second, China opposes Japan's bid for permanent UNSC membership while India supports Japan and China is not likely to support India as long as India supports Japan. India’s is unlikely to withdraw support for Japan as being part of the G4 nations—Brazil and Germany besides India and Japan—it is committed to support each other’s bids for permanent seats in UNSC.
Given this labyrinthine situation, it is to be seen how the Narendra Modi government coerce China to convert Jinping’s recent diplomatic rhetoric to concrete action supporting India’s decade-long quest for a permanent UNSC seat.

Next StoryMayhem Breaks Out In Ferguson Again After Police Arrest Protestors
Popular on BI
1
Coinbase says the entire crypto market could be destabilized if Bitcoin's anonymous creator is ever revealed or sells their $30 billion stake
2
CEOs like Google's Sundar Pichai and Microsoft's Satya Nadella are among the most overpaid CEOs, according to a new report
3
Whatsapp, Signal and Telegram face a catch-22 situation as India’s new social media rules threaten encryption
Latest Stories
Trending News
Buying Guides
Mayhem Breaks Out In Ferguson Again After Police Arrest Protestors
The 10 Most Important Things In The World Right Now
A Sneak-Peak At The Red Carpet That Awaits Modi
Popular Categories
Trending Right Now
More from our Partners