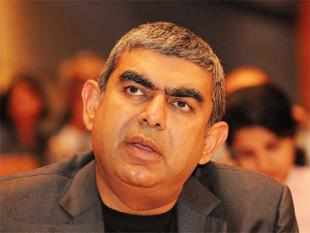 Sikka's salary, which compared favorably against other top IT CEOs such as N Chandrasekaran of TCS and Abidali Neemuchwala of Wipro, includes his earnings from incentives and and bonuses as well as his stock options.

Earlier in 2016, Infosys's board rewarded Sikka with a significant pay hike and an extension on his current tenure, after he effected a turnaround in the fortunes of Infosys that helped the company trump other top rivals and deliver industry-level growth rates after years.
Advertisement

As part of the new proposed compensation structure, Sikka stands to make about $11 million every year, starting January 2017. Infosys has rewarded with a significantly higher component of stock options and reduced the part of his salary that was linked to variable pay. As part of his old contract, Sikka made $7.08 million, including stock options.

Since last year, Infosys has raised of top executives significantly, as part of a broader strategy to retain key executives and subsequently reward rainmakers. 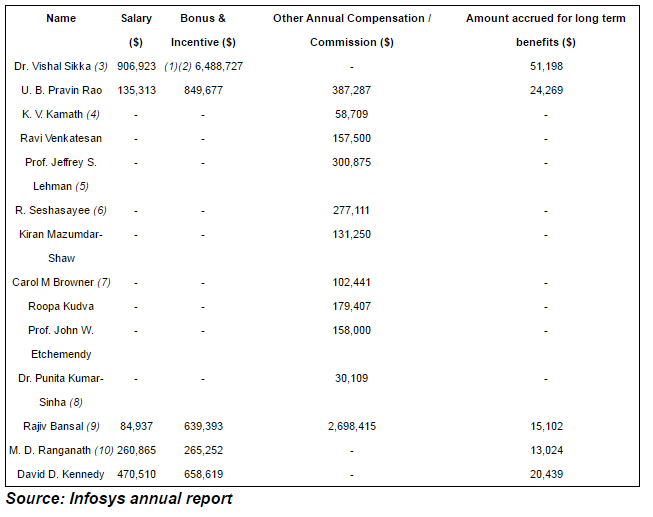