Is India better prepared for an ISIS-led Mumbai-like attack? The answer is a resounding No! 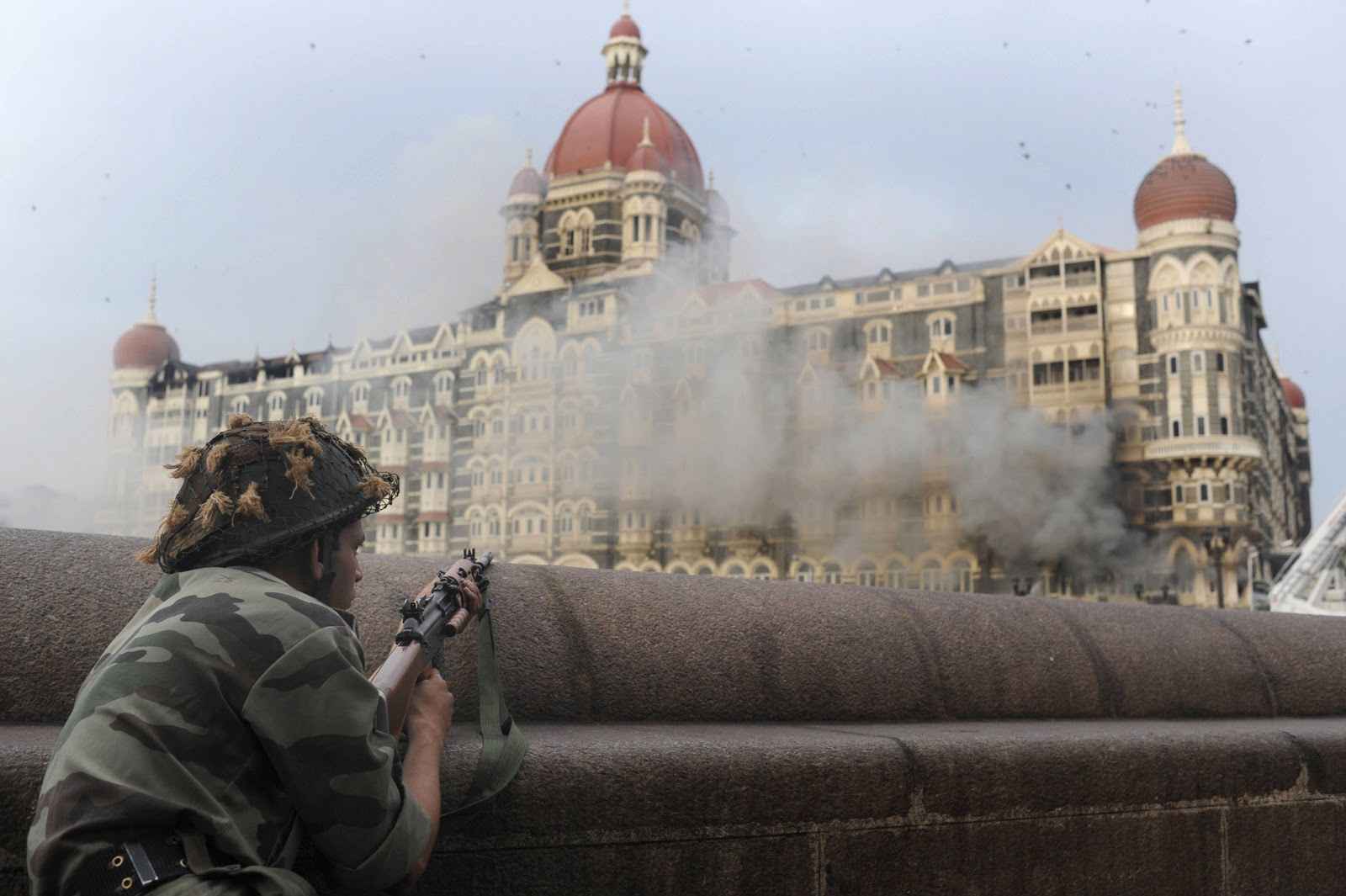 What India was able to do in three long days, France managed to do in merely three hours. The response of two nations to terrorist attacks similar in nature reflects the alertness of the French security forces on the one hand and an embarrassing poor counter-terrorism mechanism of India on the other. 7 years on after the Mumbai carnage saw loss of 166 lives and left a nation in utter shock at the devastation, are we in any better position to deal with now?

“To say that we have a strong security mechanism in place after 26/11 and we are better prepared to face a or Mumbai-like attack would be an exaggeration,” says strategic analyst and former diplomat Mr Rajiv Dogra.

"Had that been the case, we would not have had the Udhampur attack or for that matter the one in Gurdaspur where our cops were fighting with vintage rifles and without wearing bullet-proof vests. When they don’t have proper equipment, how can we expect them to fight off swiftly deadly terror attacks. Remember, they are fighting terrorists who carry sophisticated weapons,” he says.

If we go down the memory lane, on Nov 26, 2008, the 10 AK-47 wielding Pakistani terrorists had landed in Mumbai's Badhwar Park in Colaba from the sea and laid siege to several key locations, including Chhatrapati Shivaji Terminus, Hotel, Chabad House and Leopold Cafe. It took three days for our men to end the terror assault by killing nine of the gunmen and nabbing Kasab who was later executed. Following the carnage, several security measures were expedited. Coastal patrolling by Navy, Coast Guard and marine police were increased sharply. The entire west coast is even today reportedly under continuous surveillance by ships and aircraft of Navy and Coast Guard, according to a statement by the Ministry of Defence. The Railway Protection Force (RPF) beefed up electronic surveillance at the Chhatrapati Shivaji Terminal. Closed-circuit cameras, heavy-duty X-ray baggage scanners, portable baggage scanners, door-frame metal detectors, hand-held metal detectors, canines (six of them are trackers) were put in place. Futuristic armored vehicles mounted with machine guns patrolled the iconic Gateway of India that was transformed from a bustling tourist hive to a controlled fortress. Hotel security had airport-like scanners, car bomb checks for every vehicle and armed guards.

How many of them are still functional? Were they simply an impulse to public hysteria, media trial and a close scrutiny by the world, nobody really knows. There is no government transparency or accountability on what is being done despite cross-border terrorist infiltration and the ruthless deaths of our soldiers at the borders every passing minute. The question to ask is: Are we doing enough to ensure security of Indians?

More efforts are needed to reduce the country's vulnerability to such terror strikes, feel experts. Look at the way UK for instance took learning from the Mumbai attacks. The British PM recently said:“Ever since the coordinated firearms attacks in Mumbai in 2008 took place, we have all been working together to ensure we could respond to such an attack. With great degree of planning, co-ordination and a great ambition for mass casualty attacks, it is clear that the threat from ISIL (Islamic State) is evolving. And we must recognize that however strong we are, however much we prepare, we in the UK face the same threat.” ​

In view of the increasing terrorism threat that several countries face, Rajiv Dogra echoes similar concerns as the British PM on their rising power: “Look at the . It’s worrying to see how quickly they were able to mount retaliatory attacks on Russian, Lebanese and French interests. They combine speed, power, terror and indoctrination to cruel effect. All this should be of concern to us. Moreover in India's case the odds are a thousand times greater than those for other countries because there is State support to terrorists acting against India. Add to it the fact that people like Hafiz Saeed and Dawood Ibrahim roam free and the dimension of danger multiplies further.”

Added to this is the incompetence of our intelligence machinery that relies heavily on the internet or telephone intercepts that are now running dry. Terrorists have become way smarter and are maintaining email and telephone secrecy thereby giving the intelligence agencies a run for their money. We keep intercepting cross-border satellite phone conversation between terrorists but are unable to decode their encrypted conversations. This proves to be a major stumble-block in combating infiltration or averting attacks. In the case of Mumbai attacks, this lapse on our part is what largely helped the terrorists in entering Mumbai fearlessly via the coastal route.

In Paris, despite tight security, they were able to enter by intermingling with the locals. By hook or by crook, they have been able to mobilise support for their cause. Modern modes of communication are proving helpful to them owing to its far reach and a tool that guarantees lesser threat of them being tracked by enemies.

“Terrorists are using the cyber space increasingly, a space where keeping tab is extremely difficult. Not even the best security officials in the world can do anything if a person sitting in some corner of the country is influenced by radical ISIS ideology and decides to self-destruct,” says
Rajiv Dogra.

When such difficulties are also being faced by powerful nations like the France and UK despite having modern technologies, better trained cops, sound intelligence machinery and an already tight security framework in place, it is worrying to see how India, a country that ISIS reportedly plans to take control of in the next five years, has not even begun preparing for such attacks despite being a victim of terrorism for decades.

It's time we buck up because let us face it, the bitter truth is terrorists are already one step ahead of us!
Add Comment()
Comments ()