Now doctor, diagnostics and medicines all at your doorstep with this revolutionary App! 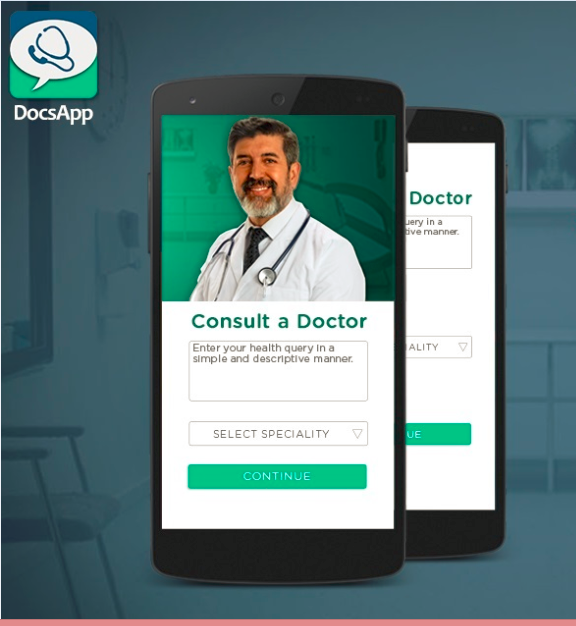 In modern times we have become so busy that we often ignore the most important tasks of life, healthcare being one of them. Hectic schedule, busy traffic, transportation cost coupled with expensive medical care keeps us away from a doctor, until it is something serious. What if the doctor, diagnostics and medicines were delivered at your doorsteps?

A one-of-its-kind app, connects doctors with patients on the go to provide efficient and convenient medical care.

What it solves Advertisement
Often termed as WhatsApp for patients and doctors, it solves four main problems that are preventing patients from consulting a doctor physically.

To start with, our fast and hectic life has pushed healthcare to the back burner. People are too busy to go down to a specialist. They often self-medicate or just let it be, which should not be the case. Research shows that 72 per cent of health issues are common illnesses and do not need physical examination. Hence, people can rely on the app as an alternative form.

This also comes to the rescue of people looking for privacy for sensitive issues related to psychology, spousal relationships etc. A large number of women too seem to have been key takers for consultations regarding menstruation problems, pregnancy planning or consultation, pregnancy and post pregnancy care and lactation consultation.
Advertisement

One of the major problems that are crippling the healthcare system is the cost incurred to see a doctor. Most hospitals charge a hefty amount as the registration fees of which about 50 percent of the money is infrastructure cost.

“If you go to Apollo, you have to pay Rs. 350 which do not include the doctor’s fees and medicine cost. We charge Rs. 150 now and are trying to decrease it in the future,” said Satish Kannan, co-founder of DocsApp.

To add to all these, our present healthcare system is not accessible for majority of the population. 97 per cent of the specialists are situated in the top 10 cities. Hence, those from smaller towns and cities do not have access to affordable healthcare. At present there is 1 doctor for 1700 people and the gap is going to grow, as per WHO statistics. Advertisement
DocsApp is the one click solution to all the problems that create a gap between availability and accessibility of medical services in the country by connecting the patient with the concerned specialists within 30 minutes.

• The app offers its users a strong network of eminent doctors across seven departments. Advertisement • 15000 patients consulted doctors via DocsApp across India in a short span of 3 months

• Network of 120 top doctors across 3 cities – Bangalore, Mumbai and Delhi

“We plan to reach 10 cities in the coming 6 months,” added Satish.
Advertisement They also plan to start delivering medicine at doorstep soon.

“People send reports, pictures and queries about conditions like Acne, hairfall, pigmentation and fungal infection. I attend to them on the go,”said Dr. TS Nagesh, one of the dermatologists on the platform.

Satish accepted that the doctors on the platform are not very large in number.
Advertisement “We take full responsibility of the quality of the consultation and service provided to the patients. Hence we curate each and every doctor before registering him/her on the platform.”
(Image credits: Playstore)