Advertisement
“To the winners, who won because they didn't give up.”- , founder of Paytm.

The man, who always wears a welcoming smile, stands true to every word he wrote during the most difficult times of his life. Vijay Shekhar Sharma owns a company whose current value is a little over $3 billion in the market in 2016, a dream dreamt when he was struggling to make ends meet with Rs 10 in pocket. But he tasted victory the hard way. Nothing came easy for him. The tears he hides behind the chirpy self that he puts up in front of the world could not be hidden for long while recollecting his journey. Interestingly, it was not talking about his failures that brought tears in his eyes; it was his hard earned victory.

Life tested him right from the beginning of his journey to become one of the most influential people in the business world today. Though he passed his higher secondary when he was just 14 years old, a child prodigy of sorts, making it through college was the first tough challenge he faced when he left the cosy comfort of his small hometown outside Aligarh and ventured into the real world.

A topper in his school, he was lost in transition in college-Delhi College of Engineering. Coming from a very humble background (his father was a highly principled, school teacher, who refused to earn the extra buck through tuitions, because he believed in what was the right thing to do), Vijay did not know how to read and write English for he completed his school education completely in Hindi, in his small town. However, he realised soon enough that to make it through college he must start learning the language first and with the help of books, second hand magazines and his friends, he mastered the language in a way which few can. His modus operandi was to read a Hindi version of the book simultaneously with the English-one, a habit that ensured that he soon learnt to read two books at the same time! But it wasn’t easy to say the least. The first-bencher in school slowly started gravitating towards the back benches, and in a short while, was so disheartened and disillusioned with his bad grades, mostly due to language constraints, that he completely stopped attending college.

“When winning is about not giving up.
Advertisement

When doing all that you can, gets a new meaning.”

Struggling to learn English, survive the rigours of engineering college and the big bad city that Delhi was, this normally would be the time when many in his situation would have quit. Vijay, however, was something else. He decided to build, to use the time he had from ‘not attending college’ by turning an entrepreneur. A believer in challenging the unknown, he made the internet his playground and Sabeer Bhatia and Yahoo his inspirations. He aspired to go to Stanford, because that was where Yahoo was built, but realising his lack of financial resources and his challenges with the English language, he decided to emulate some of the genius at Stanford, by learning how to code all by himself. He started building his own content management system with some of his college mates, which went onto being used by some of the biggest news publications including The Indian Express. It was also during this time when he started his first job at an MNC. He quit after six months and built a company of his own with his friends. He finally passed his college examinations too.

This would also become the darkest time in his life, when having his dreams of reaching the shattered, he was also left bankrupt by his partners, with whom he had just begun a business and raised the first round of funding. In 2005, he had raised a hefty amount of Rs 8 lakhs through his venture of which he was conned off 40%. He was devastated. But Vijay was not a man to give up so easily. He lived at a hostel near Kashmiri Gate in Delhi, skipped meals and walked long distances to attend work or meetings in the southern part of the State.

Infact having been through such tough times, if there is a fear that the ‘Iron Man’ of the startup ecosystem of India still harbours, it is that someday ‘some unknown’ will take away all of his hardwork.

Things took to a better turn when he began One97, the parent company of . They started experimenting with the three basics of internet- content, advertising and commerce. But the big eureka moment came in 2011 when he first pitched the idea of entering the payment ecosystem in front of his board. The board was not convinced, as he was talking about betting the company’s money on a non-existent market.
Advertisement

“Some other entrepreneur would have sold the equity and started their own company. But I aspire to build a 100 year old company. I think that men and boys are different because the boys flip and sell. Men run and build legacies,” Vijay said.

So he put 1% of his equity, which was about $2 million around 2011, on the table and said, “This is for all of you, if I waste the money that we put on the site.” He adds, “There is no fun in doing what others ask you to do, the real fun is in doing what people say you can’t do.”

And it is with this belief that the first avatar of Paytm, Pay Through Mobile, was born, going rapidly onto becoming the next big thing of the startup ecosystem in India. And, since then it was never looking back. 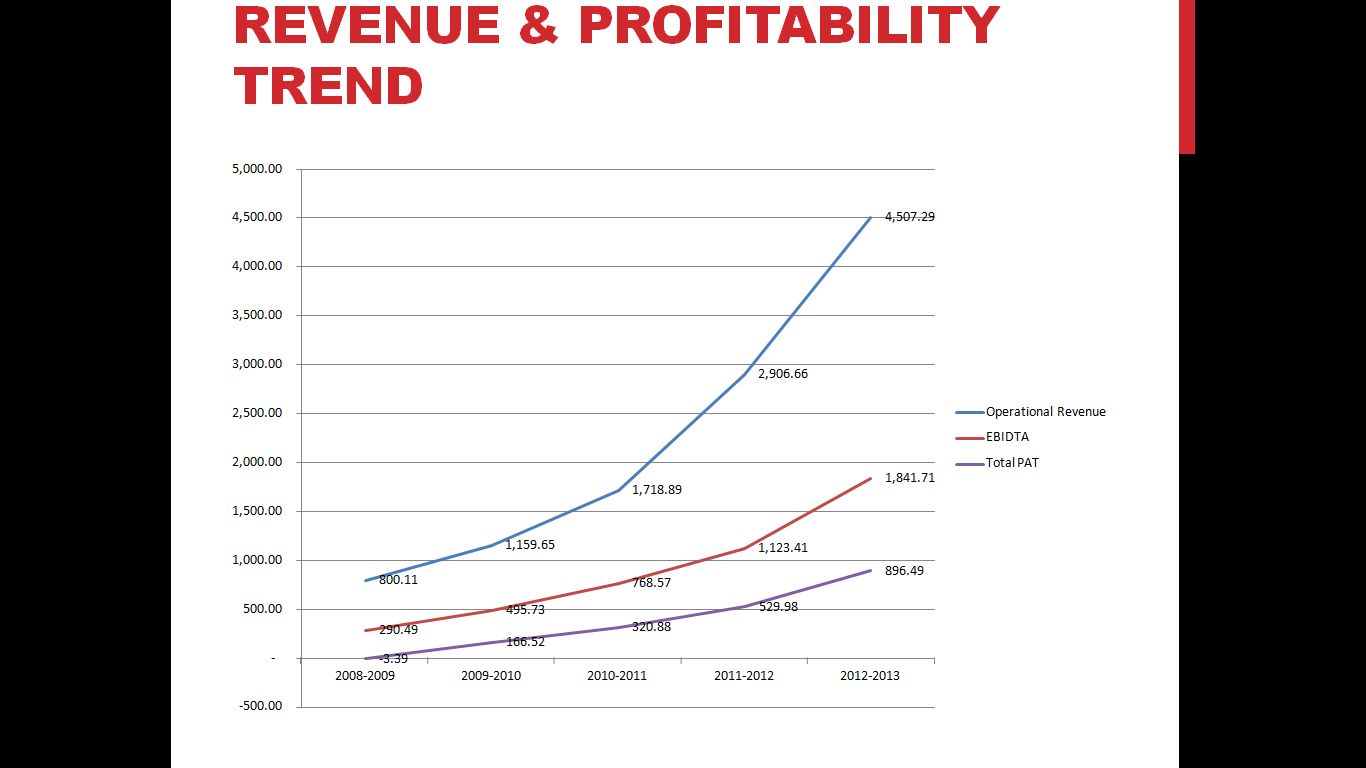 The secret behind this steep arch is the trust he built with his customers which none other gave as much value to before. Even before Vijay began the roll-out of his internet wallet services, he first built a strong 24x7 customer care service to address the worries of customers to enable them to trust the wallet enough to put their money into the hands of the unknown. “30% of the company’s campaign budget is invested in building trust with the customer. For us it was the single most important factor,” says Vijay, with a deep pride in what he has built so far.
Advertisement

“We propagated through word of mouth once the trust was built. I have a firm belief that the truest relationship test comes when one goes through a stress case. This makes our relationship with our customers special and unique than the rest. We also launched in Twitter and Facebook so that as soon as a customer complained, we got back with an immediate response and help. Trust is the secret formula which worked for us, though there were 30 other licences already available in the market like Mobikwik.”

Backed by consumer trust, Paytm’s stupendous journey to the top of the internet wallet market is now a part of startup folklore, but what is unkown is that Paytm also became one of a handful companies worldwide to secure Series A funding exceeding several $100 mn. They have done only a single round of funding till now with Alibaba, SAIF and Alipay.

“I have always wanted a business partner and not a syndicated investor. Our relationship with “business partner/investor” is of a journey together. There are four people who own this company- me, SAIF, Alibaba, Alipay, says Vijay, in his usual animated way.

After building a billion dollar worth company, maintaining the success is the most difficult part of the journey and it cannot be done without good teamwork, he says. For that, he ensures that the right people are taken onboard who share the same passion to build like his. He has also given 4% of his equity to the team, which in current value terms is about $120 million.

“I have given more to my team than any amount of salary cumulatively taken in so many years, ” Vijay says. And why he chose to do so isn’t hard to understand. Given his personal experiences and the tough fight he put up to achieve where he has reached, he values everyone who contributes to creating his vision. People working in his company are never referred to as ‘Employees’, but as ‘Colleagues’ or ‘Teammates’. A staunch believer of God, he believes that only one amongst every 10 hardworking person succeeds to the levels he today firmly belongs in, and because of that respect he shares for every hardworking person, he doesn’t have the right to call anyone an employee or a worker.
Advertisement

But, it’s just not the fighting spirit that has Vijay in the position that he enjoys today. Despite his engineering background and no formal education in business management, he has the business acumen of a genius.

While the pride he takes in his creation and the people who help him implement his vision is obvious, he brushes this unique quality off by saying, “When something’s not working, I become the customer,” with a smile on his face, that is so true to himself. He attributes his humility to the lessons learned from his father. His father refused to take tuitions even though the extra money would have made a huge difference to their lives, as he believed that true education cannot be the privilege of those who have money.

His struggles are the reason why he hates reading fiction. How can one be inspired by made up tales!

Vijay stands testimony to the saying, “A man makes his own destiny.”

Life has been busy for this go-getter ever since he entered college. A true lover of all kinds of music, Coldplay, U2, being his favourites, he takes respite in music to relieve his stress. He is also the resident DJ at One97, added Vijay with a whole-hearted laugh, often forcing his colleagues and teammates to listen to the music he discovers.
Advertisement

Inspite of all these, his attitude to life can be best defined in his own simple words.

“It (his success) still seems so surreal.”

(Image credits: Paytm)
NewsletterSIMPLY PUT - where we join the dots to inform and inspire you. Sign up for a weekly brief collating many news items into one untangled thought delivered straight to your mailbox.
CAPTCHA: