Rural Rising In India: Will Villages Dominate The Consumer Market? 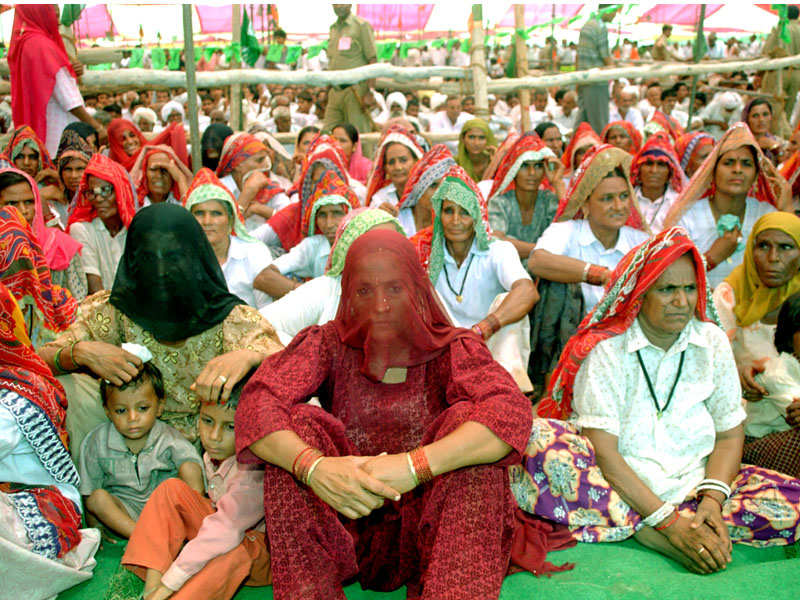 Next time you take a trip to ‘experience’ the countryside or buy handicraft items to empower the poor artisans from rural , you should be aware of the fact that the equation is bound to change someday. Very soon, the urban might depend on the rural to rejuvenate the deficient economy. And no, we ain’t kidding this time.

For one, corporate houses are creating specific advertisements for rural areas, which are close to their cultural identity, as against the blanket ads found in urban and more specifically, in metros and cosmopolitan cities. In fact, villages, with their developmental index rising steadily, are giving tier II cities a run for their money as prospective business and industrial hubs. And they have also become the most unexpected and unusual contenders on the consumer index.

It is a slow yet steady trend that has been gaining ground over the past few years. According to a CRISIL report, rural spent Rs 3,750 billion ($67,144 million), as against Rs 2,994 billion ($53,607 million) spent by the urban population between 2009-10 and 2011-2012. The data was collated by the National Sample Survey Organisation (NSSO), to be later used by CRISIL in its report. The NSSO survey also noted that per capita rural consumption grew 19% annually while the urbanites had to be content with 17% growth per year.

No wonder you see a watch company leveraging the Kumbh Mela for its marketing strategy or a toothpaste company using popular cultural forms such as puppetry and traditional music for business promotion. The urban populace may perceive it as nostalgia but for rural consumers, it means relating to a product in their own language and as per their cultural parameters. It is more like bringing the companies to their doorsteps and making them go down on their knees because rural has the buying power. After all, the power of buying dictates everything else, even the way a company creates or changes its marketing policies.

The headway urban had made over the past few decades in overtaking the rural segment in terms of earnings and spending has changed significantly from the beginning of the current decade.

According to experts, the current growth in rural consumption is due to a number of reasons. One of the key factors is the rise in non-farm job opportunities which were beyond the purview of the market-based economy that dominated the agrarian society’s equations till now. To sustain this rural boom, it is critical to substitute short-term income-boosters (government-backed poverty eradication and self-reliance programmes) with empowering job opportunities.

Credit Suisse Research Institute’s Emerging Consumer Survey (2014) also points out that rural India is riding other modes of income generation to come to the forefront of the country’s overall developmental index. As per the report, the ‘rural rising’ is taking place in the world’s two most ancient countries, India and China, who happen to be neighbours and the world’s biggest emerging economies, with future markets focusing on them. What’s more, both countries live in their villages, battling issues such as migration from rural to urban areas in search of opportunities, jobs and education.

The popular image of an Indian village is that of one without electricity, safe drinking water and hygienic conditions. But things have changed in most of the villages, thanks to the government’s aggressive programmes to reduce poverty.

The reports also point out that the developmental index has actually tilted in favour of rural areas, which have been showing great appetite for consumer products. When asked whether they would spend more money on what’s considered luxury in their context, such as bottled water or holidays or the next smartphone, majority of the rural Indians said they certainly would not mind spending on these. The respondents also said that all the 14 ‘luxury’ items shortlisted by the survey would be on their purchase list in the years to come.

The access media has provided to these items considered ‘essential’ is something phenomenal despite their limited reach. For example, the number of people who owned TV sets increased to 42% in 2009-10 as against 26% just five years earlier. Clearly, the consumption pattern in rural is shifting from necessities to discretionary goods.

Needless to say, product-line companies are changing strategies accordingly. Earlier, urban was high on their marketing budget – as much as 70% of the budget was reserved for marketing in urban areas and a mere 30% for rural markets. But the equation has turned topsy-turvy now. Today, major companies reserve 55% for urban areas and about 45% for rural areas.

The great Indian equalisation has begun. And rural is getting the big slice of this pie!