Shah Rukh Khan’s 'Fan' is more than just a movie! Know why 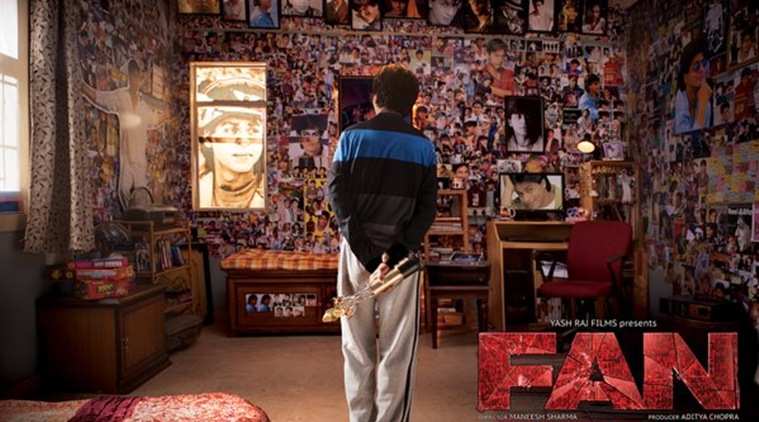 There couldn’t be a better way King Khan could have surprised his fans across the country on the eve of his 50th birthday! Late last night, merely an hour ahead of the big day, the Bollywood superstar finally introduced his “biggest fan” Gaurav to the world in a much awaited second teaser of his upcoming movie ‘FAN’. This is what he tweeted:

It was simultaneously released by Yash Raj Films (YRF) on YouTube too.

Even since the release, Twitter is abuzz over Shah Rukh's unbelievable new look.We don’t blame them because one actually might not even recognize that the character played by SRK's fan Gaurav is actually the star himself, such is the use of graphics. He plays both Aryan Khan the star (based on Shah Rukh Khan in real life) and Gaurav, the biggest fan of SRK.

The FAN teaser 2 release has been timed perfectly well. It comes on SRK’s birthday, three months after the first teaser was released showing only Gaurav’s back to leave an element of mystery in the minds of the fans. It had exposed people to a larger-than-life-feel of the movie, but had intelligently not revealed Gaurav’s face to get SRK’s fans super excited and craving for yet another visual treat.Advertisement
The second teaser, however, takes you through a journey of SRK’s high points in his initial days as a hero, pieces of a few of his famous interviews that shows his wittiness right from the early days of his career, all in the backdrop of a background score that leaves you completely awestruck. Alongside, it also shows Gaurav, a boy-next-door’s fanaticism for his idol such that his room is filled with clippings of the actor, and all he can think of is being like him.

If you haven’t checked out the teasers as yet, you are missing out on something big! Here, take a look:


About the movie: The film has been shot in Mumbai, Croatia and Delhi. Fan revolves around Aryan Khanna and his biggest fan who worships him as his God. Produced by Yash Raj Films, it is directed by Maneesh Sharma and also stars super model Waluscha De Sousa. The film is set to release on April 15, 2016. Advertisement