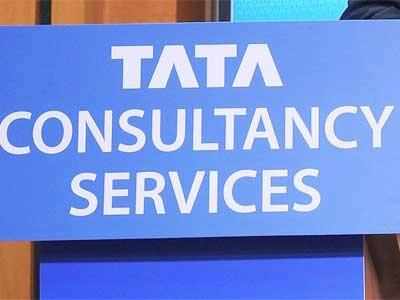 BANGALORE: This is a landmark for Indian IT. The country's largest IT services provider, (TCS), has broken into the league of top 10 global IT services companies, moving from the 13th position in 2012 to the 10th spot in 2013.

Twelve years ago, when TCS' revenues were about $1 billion, then CEO S Ramadorai had laid out a vision to be among the top 10 by 2010. It's taken a little longer, partly because of the global financial slump of 2008-09, but the company has now got there, and considering the pace at which it is growing compared to its global counterparts, the ranking could get better fairly quickly in the years to come.

"Talk to any incumbent western service provider today, and the one making them all tremble from the sub-continent is TCS," writes Jamie Snowdon, executive VP of research operations at HfS Research, the consultancy firm that compiled the ranking.

The research compares IT services, and excludes other areas such as BPO, R&D services and software/hardware products. And it uses figures for the four quarters of calendar year 2013. TCS rose to the 10th spot displacing Montreal-based IT services firm CGI.

India-based companies Cognizant, Infosys, Wipro and are at the 15th, 18th, 20th and 25th positions, respectively, all of them rising by one to three spots compared to 2012. HfS Research believes that Cognizant could be in the top 10 in the next 2-3 years, may be at the expense of US IT company CSC. CSC's revenues last year had dropped compared to the year before.

Advertisement
On TCS, HfS says its aggressive targeting of renewals and new business, particularly in continental Europe, was an important factor in driving its assault on the leaders. TCS, it said, is frequently seen as being the most flexible service provider on pricing and terms, and has a developing reputation for winning any deal anywhere in the world at any price, if it really wants.

"The firm is increasingly being perceived by many today as an alternative provider to the Western Tier 1s, that can come in and fix messy contracts and implementations; it has shown an appetite and willingness pick up a lot of the low-margin, low-value work that seemingly every Western Tier 1 wants out of and make the deals profitable and leverageable across clients," said Phil Fersht, CEO of HfS. TCS also has an extraordinary profit margin, something that's normally difficult to achieve in conjunction with high revenue growth.

Next StoryThe 5 Best Cities For Starting A Business
Advertisement
Popular on BI
1
The bosses of the Suez Canal say the excavator operator who helped free the Ever Given is getting his overtime pay, plus a bonus
2
Coinbase hires former Google Pay exec to lead India ops, is hiring aggressively and looking for startup acquisitions
3
Columbus, Ohio, police release graphic bodycam footage of Ma'Khia Bryant shooting
Latest Stories
Trending News
Buying Guides
Advertisement
Advertisement
The 5 Best Cities For Starting A Business
The One Statistic That Matters Most To Warby Parker's Founders
The 17 Coolest Small Businesses In New Orleans
Popular Categories
Trending Right Now
More from our Partners