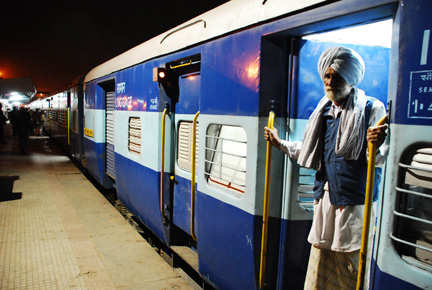 Advertisement
Everyday, the dimly lit and shabby railway station in the Indian state of Punjab comes to life sharp at 9 pm. The reason? The arrival of a passenger train that’s been long christened as the on platform no 2.

The train leaves Bhatinda around 9.25 pm and covers a distance of about 325 km with 26 halts to reach Bikaner in the Indian state of Rajasthan at 6 am. Sometimes, it’s an hour or two late.

The most remarkable feature of this train is that 60% of its population are cancer patients of all ages who come from all across Punjab. This 12-coach train has gained its name from a sudden increase in cancer cases in that many blame on pesticide use, growing pollution and hardly any response by authorities.

On an average, this train is the lifeline of 100 cancer patients daily, along with 200 other co-travellers and is almost always packed to near capacity.

The ticket is priced at Rs 210, but for cancer patients the eight hour journey to is free, while one accompanying attendant gets a concession of 75 percent.
Advertisement 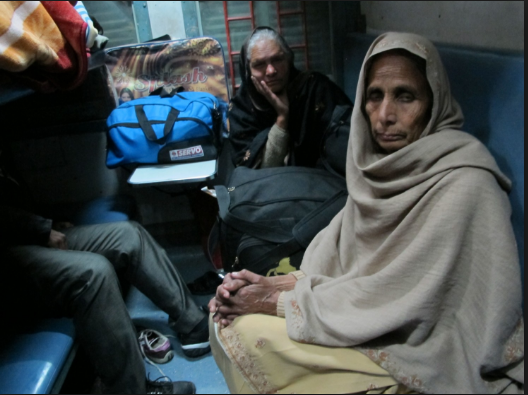 
All the patients aboard the train undertake this journey to visit Acharya Tulsi Regional Cancer Hospital and Research Centre in Prince Bijay Singh Memorial Hospital, in Bikaner, which like many hospitals in Punjab is also covered for benefits under the Mukh Mantri Punjab Cancer Raahat Kosh Scheme (MMPCRKS).

One of them is a frail 68-year-old Madan Lal who along with his sister boards the sleeper coach, the only compartment with reserved seats, which allows him to lie down on the seat.

All the remaining coaches are of the general category, where passengers jostle to find space.
Advertisement

Lal, who hails from Mallan village in Faridkot district of Punjab has been undergoing treatment for cancer in his food pipe since the last year and has made over 30 visits to the Bikaner hospital.

The first question that comes to mind is invariably this, ‘Why are scores of cancer patients from Punjab travelling to a far-off place in Rajasthan for treatment when Punjab itself boasts of state of the art facilities for cancer treatment?’

No matter how many people you ask, the answer for that is the same, and equally alarming. As Lal reveals, he did go to Faridkot Government Hospital more than four times last year when his condition deteriorated, however he never got a chance to see any doctor despite waiting for long hours. 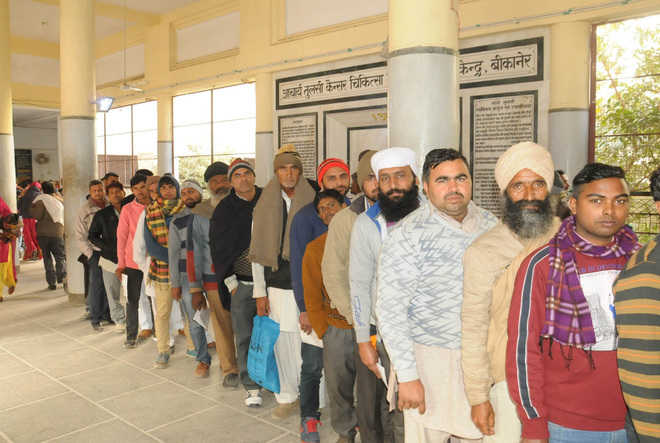 (Patients line up in Bikaner. Image credit: The Tribune)

Additionally, the fact that it is incredibly hard to avail the cash incentives under MMPCRKS in Punjab without any political connection and that the poor are almost always neglected in the government hospital in the state has also attributed to patients taking to the hospital in Bikaner, which is one of the country’s 19 regional cancer research centres and for the cancer-striken in Punjab, the nearest place where treatment is free, and medicines cheap.

Take for instance, Surjeet Kaur, who spent Rs 30,000 in Bhatinda hospitals for chemotherapy for breast cancer or Satya Devi who spent close to Rs 1 lakh for therapy on a cancerous growth on her lip. In the end, both fo them had to go to Bikaner anyway.

Lodging and food in Bikaner come cheap too, making it a lucrative option for patients. A room at a dharamshala in Bikaner costs Rs 50, while a thali in the hospital canteen is only Rs 5.

The patients on this train are mostly small farmers from the southern districts of Punjab- Mansa, Sangrur, Bhatinda, Faridkot, Moga, Muktsar, Ferozepur and Sangrur, which together make up the .

It is in this Malwa region that scores of farmers and their families are coming to grips with cancer and numerous health problems due to the lush fields hiding a scary tale.
Advertisement

Malwa, which is also Punjab’s cotton belt, requires the use of a startling amount of pesticides. Reportedly, farmers in this region use 15 different pesticide sprays and the unregulated and excessive use of chemical fertilizers and have resulted in farmers and their families living in a cesspool of toxicity. 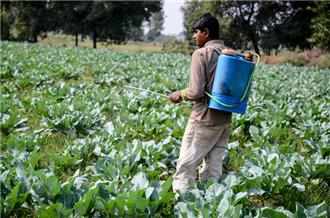 
In 2011, it was also found that Punjab’s farmers use of pesticides is 923 grams per hectare was way above the national average of 570g/ha. Even worse is the fact that farmers also end up using the empty pesticide cans to store not only water but also food, which get contaminated with high heavy-metal toxicity.

The residents have little choice than to drink highly polluted water or bathe in tap water that are sourced from canals where industrial effluents are discharged with impunity.
Advertisement

Many of the farmers blame the success of the 1970’s for their sorry state right now. It was during then that the farmers had switched to a combo formula of high yield seeds-fertilizers-pesticide-water from traditional farming methods.

Though, a few years ago, the Punjab government set up water purifiers in villages prone to cancer cases, but it was of little help as those were not cleaned properly.

Meanwhile, hundreds of patients crowd the platform to get on the train hoping against hope while there continues to be atleast 18 deaths due to cancer in the state everyday. 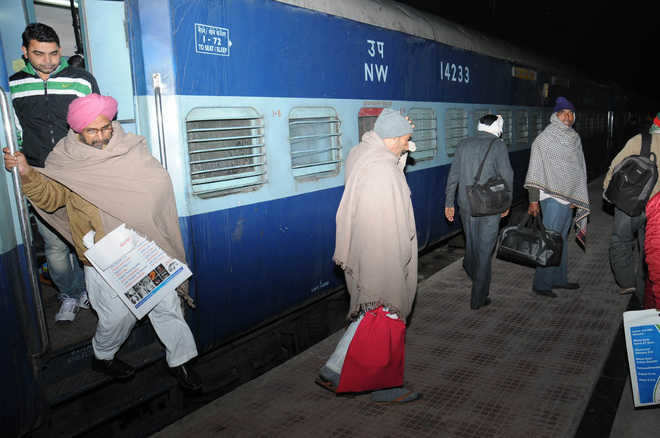 (Cancer patients get down from the train in Bikaner. Image credit: The Tribune)