Three New Shows on Indian Television, Which One Would Rule the TRPs? 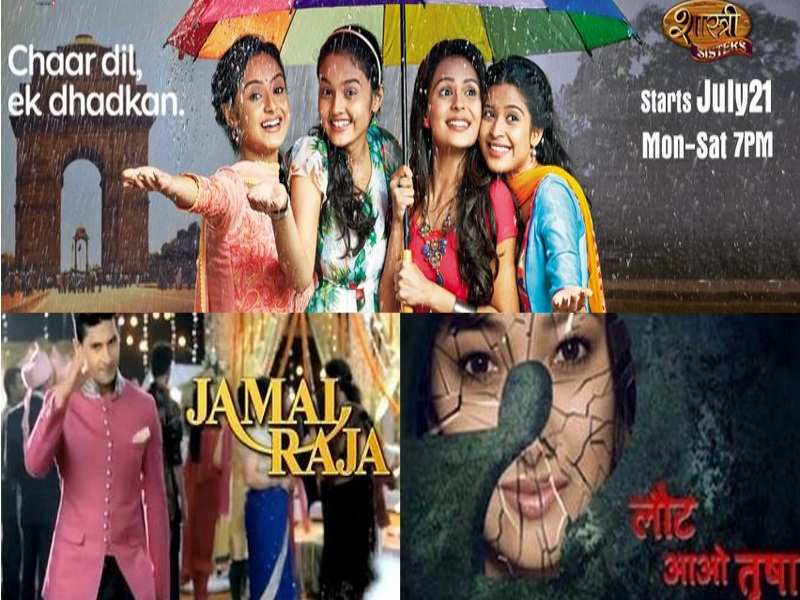 Indian television always brings to its viewers some promising stories, some of which manage to strike a chord while others get lost in the heap of similar looking plots.

In the coming weeks, you would be presented three different stories on three different channels. All the soaps have promising trailers and different storylines. What remains to be watched is what would be the factor that would determine the success of these serials. Also, it would be interesting to know if these shows would be able to break the magic spell that Zindagi has cast over the Indian audience.
Here are some insider details about these upcoming shows:
Advertisement

Laut Aao Trisha
This show is produced by Nandita Mehra and Bhairavi Raichuda’s production house that goes by the name of 24 Frames and had earlier produced Chhal — Sheh Aur Maat. This serial is set to break some norms of Indian television. The show would be a social thriller woven around a mother’s quest to find her teenage daughter who goes missing. The show would, for the first time on Indian television, focus on incest, or in-family crimes as we call it. The plot is woven around a Spanish telenovela Dónde está Elisa. The show also marks the comeback of Maine Pyar Kiya fame Bhagyashree, and has Rajeshwari Sachdev Badola, (last seen in Bade Achhe Lagte Hain) and Eijaz Khan in other roles. The serial would be aired from 21st July at 10 PM.

Now coming to the inside details, we have heard that Laut Aao Trisha was first titled 'Missing' and was supposed to air on Star Plus. However, the recent success of Life Ok, and that too without any typical family drama, proved to be the decision maker for the fate of this show.

Advertisement
Jamai Raja
The show is different in terms of role reversal. Yes, you read it right. Up till today, we were shown various daughters-in-law taking it upon themselves to unite and hold together their new homes. However, in this show, we would be seeing playing a dutiful son-in-law who would work his way into strengthening the ties between his wife and his in-laws. Different concept, experienced cast like Ravi Dubey, Nia Sharma, Achint Kaur and Delnaz Irani, and a prime slot, this all would make Jamai Raja a must watch. The show will begin from 4th August at 8:30 PM.

Now coming to the inside details, this show is the first television production venture of , who has hit gold with producing movies under his banner Hari Om Productions. He would be producing Jamai Raja under Grazing Goat productions, in collaboration with .

Shastri Sisters
Advertisement
The drama would be focusing on the relationship of four sisters as they move from Kanpur to Delhi. Although it has not been made yet, but still the storyline is not fresh, as we have seen some shows before as well, like Amanat, Radha Ki Betiyaan Kuch Kar Dikhayengi, Shubh Vivah and Kasamh Se, that focused on 3-4 sisters and sometimes a single parent, and the closeness they share with each other. However, the fact that the show is based in Delhi can be a welcome change for the audience.
The show is produced by Shakuntalam Telefilms, and stars Neha Pednekar, Ishita Ganguly, and Pragati Chourasiya in the lead roles. The male leads are yet to be announced. The show will begin from 21st July at 7 PM.

Now coming to the inside details, it seems like the recent success of Life Ok in terms of the number one channel has stirred something inside the Colors’ office. The channel is reported to have undertaken a 360-degree integrated marketing campaign to promote Shastri Sisters across various media like cable, radio, OOH, in-train branding, print and television. Also, the channel has designed a special digital campaign which is being implemented on social media in form of quizzes.