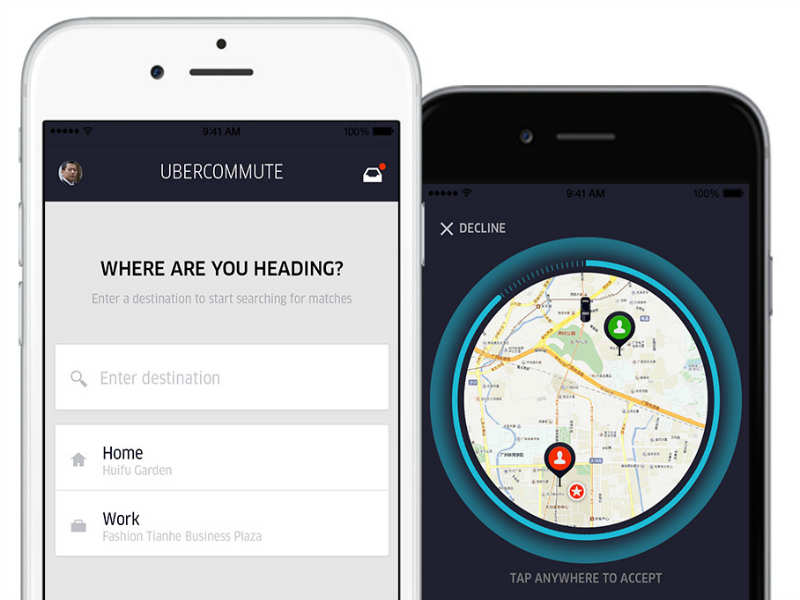 Ever wondered if putting your car out there for could save you money and time more than the usual taxi ride sharing?

Notably, the Indian government has committed to reducing emission intensity by 30-35% by 2030, and if every individual who owns a car carpools during their daily , there will be a great impact to the environment.

proves to be one such way we can be reducing our daily hassles as well as taking care of the environment. It is a carpooling service by for non-professional drivers. It was launched in Delhi last year and later expanded to Bangalore in January this year.

It provides an easy way to commute to and from work by sharing the journey with fellow-commuters headed in the same direction. Using UberCOMMUTE, Uber is aiming to cut down congestion by getting more people into fewer cars and increasing usage of existing cars.

Advertisement
Here&rsquo;s how it works:

1)If you drive to and from work or make trips across town &ndash; and would like to share your commute &ndash; sign up with Uber. Then the profile will get verified by the company.

2)On the days you&rsquo;re driving, switch on the app anytime between 7AM and 9PM. You&rsquo;ll be prompted to enter your destination and we&rsquo;ll then pair you up with another rider heading the same way so you can share the journey and recoup your costs.

3)You will see the amount you get for each trip in advance so there are no surprises. It is designed to help recoup the running cost of your car

got in touch with five UberCOMMUTE drivers who have decided to let people hop on their cars to understand what made them prefer carpooling over . Here&rsquo;s what they said: