We have sufficient power and progress is on for last mile connectivity, says Power Minister Piyush Goyal 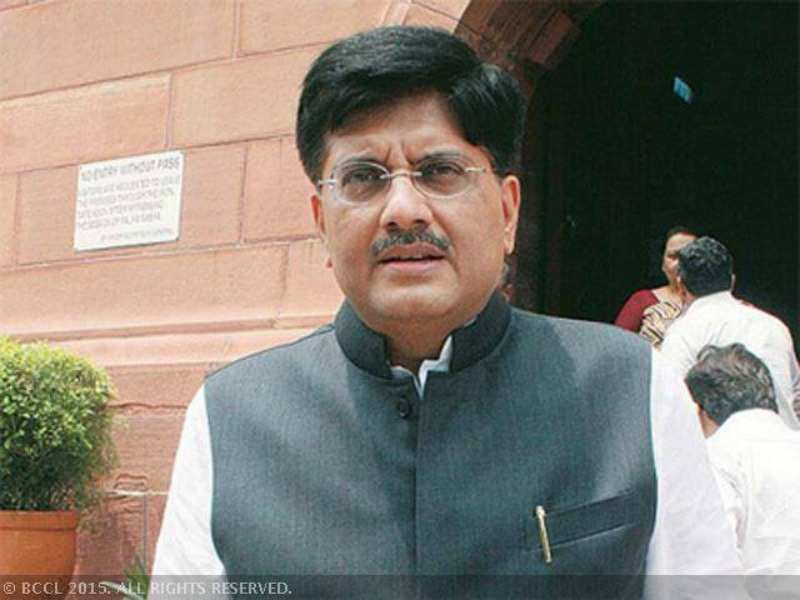 Summers are at peak and the power situation at specific locations is grim due to severe hydel shortfall because of bad rains. A number of measures are being taken to curb the situation and improve the overall power situation of the country.

As the Prime Minister Narendra Modi-led Indian government is going to complete two years on May 26, Power Minister , in a free-wheeling interview, elaborated his plans about generating enough power for the whole country, Make in India and how he intends to make India a diesel-generator free nation.

Q. Summers are here, how worried we should be about the power situation?

A. We are absolutely prepared. Last year, I think, the entire summer we did not have any problem, except in Karnataka, which had a severe hydel shortfall because of bad rains and where there is not much of transmission ability, which of course cannot be created overnight. So except for some specific locations, where the constraints are beyond human management – like transmission or the last mile connectivity, or break down of a major power plant and not enough time to ramp up the rest of the supply lines of a particular locality-by and enlarge the nation has got power and we are totally geared up to meet any sort of requirement.

Q: Tell us more about energy efficient pumps for agricultural sector, ceiling fans and air conditioners and that too through the EMI route?

A: The energy efficient fans scheme has been launched in Andhra Pradesh and once we get the demand and feedback from the customers, we will scale it on a huge scale, just like we did in the LED program. These energy fans can cut down the consumption by actually 25%.

Once we complete the LED program, for which the deadline is 2019, we will be decreasing the energy consumption by around 112 billion units only on the lighting side, such as street lights and home lighting.

Q: What is the timeframe for this changeover?

A: I am looking at accomplishing this in the next three or four years. This is a big effort and lot of work has gone into it. We want to make it a win-win for all for all stakeholders.

Q: Coming next to electric cars, which is again a very innovative concept. How do you plan this?

A: Prime Minister Modi has been very concerned about the environment. We believe that as days progress and renewable energy becomes more attractive coupled with cost of storage falling in the years to come, we should simultaneously see how we can bring down the expanding demand for petroleum products. So it’s a 360 degree approach to bring down usage of all fossil fuels. Electric vehicles, particularly on the passenger side, are something which is very much doable. Costs are falling and as storage costs fall and electric cars are made at a larger scale, our estimates demonstrate that we will be able to pay back the costs of the car in 7 or 8 years.

Q: Any timeframe for this roll out?

A: Well, I think we should plan to do this by 2030 but all this is still at a very preliminary stage. We have got some small teams working and exploring the availability of products so that we can scale up such a program.

Q: Renewable Energy has been a focus, especially solar and wind. How long have we come in two years?

A: We have executed our set targets. We have reset the targets (about 7 or 8) about a year ago and I have since then been creating the policy of framework — the tariff policy came out, UDAY became a reality, energy efficiency schemes under UJALA have gained a lot of momentum.

Simultaneously we have taken out tenders of nearly 19,000 megawatt of in the current year which ended yesterday. Our target for next year is 12,000 Megawatt of additional installed capacity as against the original capacity of 3000 or whatever it was.

Now we are planning to scale it to that level for which it was obvious that unless if you bid out a large number of contracts now, we wouldn’t be able to achieve it. That’s why we have focused our energies on the Solar Parks, transmission lines, working with the states for power purchase agreements, and with these 19,000 MWs, of which nearly 10,000 is awarded, another 5000-6000 mw will get awarded in this month of April and then balance by May probably,

So I am fairly confident that in the current year itself by March 2017, we will exceed 12,000 mw, which will be twice as what we are today.

Q: And what about the wind energy?

A: The wind also has seen a 40% growth last year and I am fairly confident that we will continue to achieve the targets of wind also. There are certain very specific issues related to wind particularly with regards to their ability to manage the grid, forecast the demand and supply, make sure the grid does not become unstable. My people are working in the wind industry to emulate these issues.

Q: What about transmission in Telangana, Tamil Nadu?

A: A lot of stalled projects have also been revived in southern part of India. As a result of this, power prices for the southern region– Tamil Nadu, Kerala, Telangana, Andhra Pradesh have fallen by nearly 60 or 70 % in less than two years.

Transmission has gone up by 71% in only 18 months and most of the southern region today has power surplus– from an era when they used to buy power at as high as Rs 16-Rs 18 a unit to have reached a point when they do not have to pay more than Rs 4-5 now. Usually, it is available under 3 Rs and with the launch of Vidyut Pravah, I am sure the people of India will be benefitted with more power in their hands… or literally in their mobile phones.

Q: Should we also worry about any tariff hikes?

A: Personally, I think efficiency gains in terms of UDAY--where we are talking about Rs 1,80,000 crore savings per year that all the states which join into UDAY can enjoy. My sense is that when all states come on board, which I am quite sure of, all these gains will be enough to take care of the existing requirements of the discoms. I think we will have to perk up our acts, we will have to be efficient across states and the political pressure of people demanding better quality service and affordable power will make sure that (hopefully) we don’t have to increase tariffs. Unless in some stray cases where efficiency gains are not as much as we desire them to be.