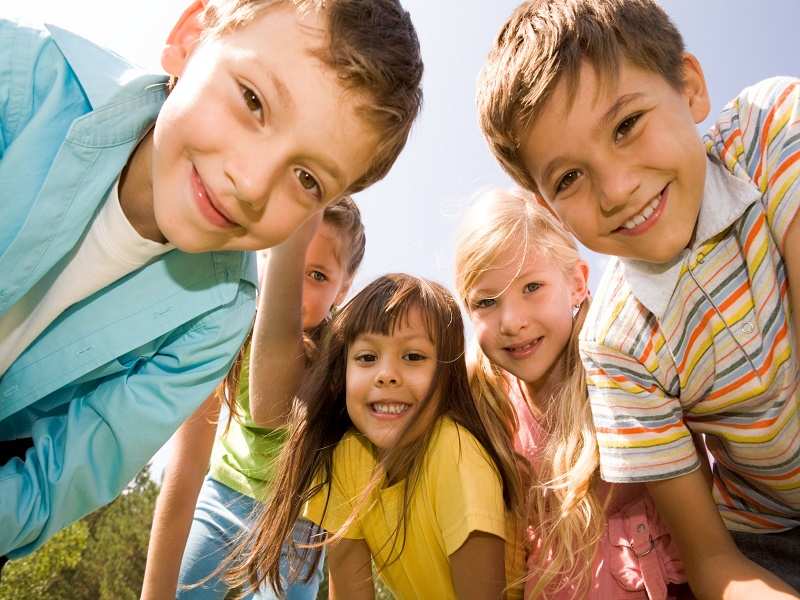 Advertisement
as measured by the Index (SPI), and developed by the Social Progress Imperative, a non-profit organization based in Washington, measures comprehensively social progress of any nation by covering a wide range of components from social and environmental dimensions. The SPI for the world which incorporates 133 countries and covers around 94 per cent of the world’s population has registered an increase of about 3 per cent in 2016 over the last year, with the world now scoring 62.88 on a scale of 100 on social progress. At dimension level, the world scores 73.17 in Basic Human Needs, 67.24 in Foundations of Wellbeing and 48.24 on the Opportunity dimension (socialprogressimperative.org).

Dimension-wise factors which have contributed to this increased world social progress according to the recently released Social Progress Index Report, 2016 have been improved Nutrition and Basic Medical Care, increased access to water and sanitation facilities, greater affordability of shelter and increased personal safety in Basic Human Needs. In Foundations of Wellbeing dimension, improved environmental quality and in the Opportunity dimension, greater access to advanced education and greater personal freedom and choice have accounted for the observed increase in world social progress in 2016. On the contrary, a few social progress parameters have observed a decline this year, such as access to basic knowledge, access to information and communication, and health and wellness in the Foundations of Wellbeing dimension and tolerance and inclusion and personal rights in the Opportunity dimension. Figure 1.1 illustrates these changes in the SPI component scores over the last one year in the world. 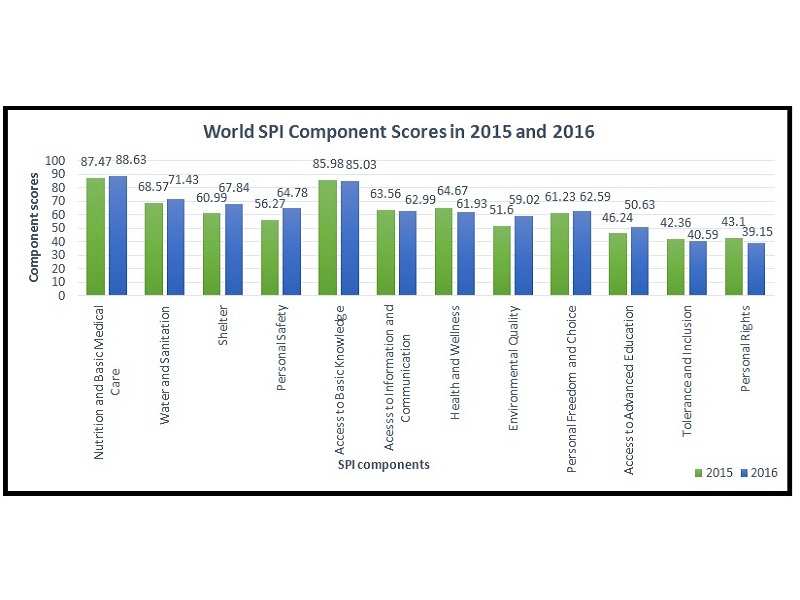 Though, world progresses on social development, country wise performance varies, with some countries having moved up on the SPI in 2016, while some have experienced a fall on their SPI scores over the last year. For instance, countries such as Finland, Canada and Denmark have registered an increasing social progress this year and are also the top three countries on the SPI 2016; compared to previous year when these positions were occupied by Norway, Sweden and Switzerland. These countries which form a part of the top tier in social progress have registered strong performance on all the three dimensions of the SPI. One of the reasons common to the success of Finland, Canada and Denmark in social progress has been the strong social welfare systems which are in place in these countries.

It is also imperative to look at the performance of two of the world’s highest populated countries- China and India, which have a strong influence on the overall social progress of the world. China which belongs to the group of “Lower Middle Social Progress” countries is underperforming on social progress relative to its rate of economic progress. With a per capita GDP of $12,599, China has experienced increasing social development this year on account of improvements in certain aspects of social progress such as improved access to water and sanitation, greater affordability of housing, greater personal safety and improved health conditions, thus suggesting its movement up the SPI 2016 to 84th position from 92nd position in the SPI 2015. However, due to restrictive political systems in place, China severely lags behind its peers on the front of personal rights and tolerance and inclusion, thus making it difficult to achieve inclusive growth.

Further, India which has been classified as a “Low Social Progress” country, has also registered a growth in its social progress this year, though only marginally from a SPI score of 53.06 (Rank, 101st) in 2015 to a SPI score of 53.92 (Rank,98th) in 2016. Though, India severely lags behind China in the level of its economic progress and also social progress, they have a nearly comparable performance on one of the dimensions of social progress, which is the opportunity dimension of the SPI. China’s underperformance relative to India on the front of personal rights, is offset by a comparatively low performance of India on the front of tolerance and inclusion and personal freedom and choice.

Though, there has been a progression in the overall social development of the world, it is imperative for countries that are underperforming on social progress to design mechanisms that would help them translate their economic gains into greater social and environmental performance and thereby meet the challenges of inclusive growth.
Advertisement

(Amit Kapoor is Honorary Chairman, Institute for Competitiveness and Deepti Mathur is part of the Team)