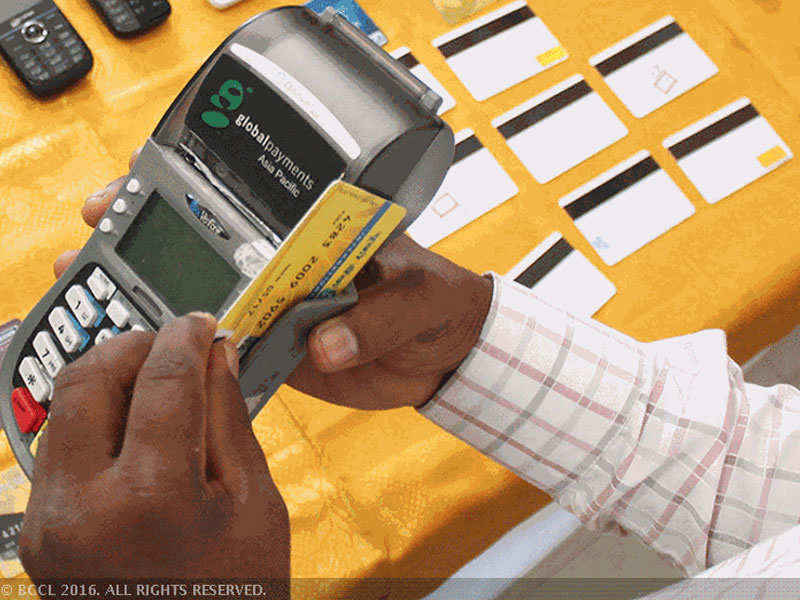 Post Prime Minister ’s scheme, the country is trying its best to go and more and more residents are attempting to go cashless. about such transactions are however, still troubling new users, who are opting for cashless means.

While confusion persists regarding government's decision about not deducting any service tax on transactions up to Rs 2000, the trust deficit on the swipe machine holders is apparent among users.
TOP VIDEOS FOR YOU

Many people who are aware of how the swiping machine works, try to avoid using it frequently since they are a wary of the swipe machines installed at shops.

Advertisement
"I am a software engineer with an automobile company, so I know that there can be a chip installed in the machine, which can read all my card details and my bank ID can be hacked," Manvinder Singh Bhati, a software engineer in Noida's Sector 10, told TOI.

"I have a debit card but I don't like to use it often. I find internet banking more safe," Savita, a resident of Noida's sector 45, told TOI.

People are facing troubles with . It’s a debatable topic if it’s a rocket science or not in a country where a huge population is illiterate.

Advertisement
"Online transactions are difficult to start with and there are many apprehensions. One of my friends had reported a problem saying that he tried to buy a sports item from a Delhi-based online retailer but the transaction failed despite the money being deducted. We made a complaint to the bank and the money was deposited back in three days," Aarti Belbase, an executive customer relations manager at an SBI bank branch in Madhya Pradesh, told TOI.

Experts confirm that even as card transactions cannot be avoided in the current times, there are security concerns with the various cashless modes of transaction.

"It is possible that the swipe machines can be tampered with. It can be connected to a small card reader, a device which can read the details of the credit/debit card and the same can be misused by mischievous elements," says Pavan Duggal, an expert in the field of cyber law.

Advertisement
He warned residents about using ATMs in isolated places and those ATMs which use an outdated software.