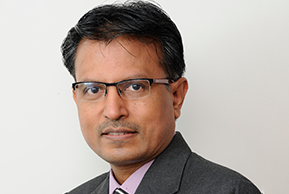 Ukraine invasion and sanctions on Russia have pushed oil prices in triple digits adversely affecting India. Inflationary pressures are visible with the RBI revising inflation estimates upwards for FY23 by ~2 % in the last two policies to 6.7 %. FY23 inflation will be above the RBI’s upper target level.


The troika of slowing growth, rising inflation and FPI selloff is creating concerns among both local and global investors.

Motivated campaign against Índia for its import of Russian oil is adding to investor concerns.

In such an uncertain scenario what makes me bullish about Índia is its ability to bring out the best in adversity.

Does the current correction in equity markets, the selling by FIIs or deteriorating macro-economic metrics take away the progress that has been made in the last few years? No. It is, therefore, important that investors focus beyond these uncertainties which undoubtedly is going to be painful.

Let’s discuss a few of these metrics.

With its share in global GDP rising by 23% to 3.2%. In FY22 we will overtake our former colonial occupier to be the fifth largest economy.

A lot of this has also come due to India’s heft in production, with the government’s ‘Make in India’ programme showing results.

From being the world’s fourth-largest producer of steel in 2014, India is second only to China as of 2021, which alone manufactures more than half of the total steel produced in the world.

Notwithstanding the recent slowdown in demand in the automobile space over the last two-three years, India is the fourth largest manufacturer of automobiles by volume in the world as of 2021. This is an improvement from it being the seventh largest producer in 2014.

These improvements reflect in other parameters as well.

Equity markets have reflected this buoyancy, supported by both domestic and foreign investors. India accounted for 6.7% of global FDI inflows in 2021, more than three times the 2.1% that it got in 2021.

India’s forex reserves have also moved up over these seven years, while targeting inflation has helped it come down to moderate levels from high levels seen earlier.

The country has seen an influx of capital through venture capital and private equity, which has also spurred growth in the start-up economy in the country. India recently got its 100th unicorn, a massive 25X rise from the four unicorns that it had in 2014.

An impetus on creating and building infrastructure, especially in the roads, power, ports, airports and power segment has also helped India move from a state of being deficit in infrastructure to that of availability of infrastructure.

India is leaving behind the physical way of doing things, opting to go with the digital ecosystem in a remarkable way, with the Unified Payments Interface a significant example of such changes.

Another significant shift that the country has seen over these years is the change in mindset for business activities.

The government has moved to a psyche of not being involved in the running of businesses, a refreshing change from the earlier practice of being in business.Improvements in tax compliance have also helped the country move sustainably to moderate fiscal deficit, from a high fiscal deficit earlier.

Undoubtedly in the short term there are challenges for the Indian economy emanating from higher energy prices. In the long term Índia having moderate inflation, surplus FX reserves and fiscally prudent policies will be in a better position to reward investors.

There are, of course, more facets to this growth story. As investors, it is important that you can look beyond the short-term volatility and understand whether these factors are actual roadblocks for the country’s growth story in the long term.

To make the most of it, it is important to remain focused as well as disciplined.