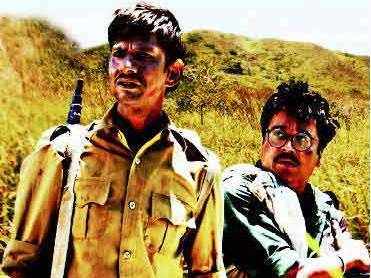 Advertisement
A total of four movies hit the theatres last week and all failed miserably at the , not only because The Amazing 2 has stolen the show in India but also because they (at least three of them including , and ) have come loaded with common clichés that no longer attract the new-gen audience. The lone exception is , starring (he is also the ) and and offering an altogether different take on the trouble-torn .

is an offbeat that dates back to 1948 and narrates the cross-border realities experienced by two ‘uprooted’ soldiers – (Raaz) and (Rishi). Both are forced to leave their ‘original’ homeland due to and compelled to live a life of bloodshed, bullets and the occasional enemy banter taking place across the border. Narrated & presented by writer/lyricist and garbed in dark humour, Kya Dilli Kya Lahore unfolds how ‘political’ issues impact real life as we relive the nostalgia, the helplessness and the pathos of it all. Although a commendable movie by the , it fared poorly at the domestic box office and fetched an abysmal Rs 7-8 lakh on the debut day (May 2). As per industry estimates, KDKL netted around Rs 35-40 lakh after the first three days while the budget (cost and P&A) has reportedly stood at Rs 5.5 crore. The movie hit about 250 screens at home but suffered terribly from poor promotion and near-zero pre-release buzz.

But then, producer has told the media he is “not worried about the commercial viability” of the film and is content to know that he made “an honest film.” Film critic Shubhra Gupta sums it up well. “There’s something about the film that reminds you of the Bosnian Oscar winner , a poignant reminder of the futility of war and the tragic waste of human lives. Kya Dilli Kya Lahore had the potential to be as powerful, maybe more, because it is our story… but single-tone. And that’s because the plot is so thin. This film could have been more.” 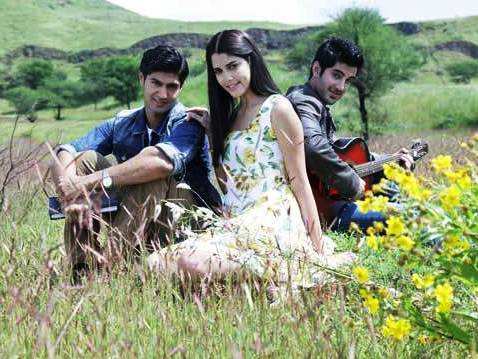 Debutante director ’s coming-of-age bromance Purani Jeans did a little better at the box office, netting a little over Rs 1 crore in the debut week against a budget of Rs 11 crore. It’s the age-old story of two falling for the same girl – the staid () from a poor background, the rich and spoilt brat () and the trophy girlfriend, (Brazilian Izabelle Leite). What follows is a youth-focused but totally cliché script that depicts every possible human emotion without much cohesiveness and one can hardly relate to the ‘growth pangs’ we all face during those wonder years.
Advertisement

Directed by , Kahin Hai Mera Pyar is all about an artist’s quest to find his dream girl, with loads of traditional trappings weighing it down. and don’t sizzle on-screen and the improbable storyline of this musical romance seems far removed from the reality. Although veteran shines, the rest looks totally bleak (yes, even the VFX is bad) and its bleak performance is amply reflected at the domestic box office. Even after four days, the official numbers are not available although industry insiders have already written it off. Ramesh Rout-directed Angry Young Man also suffers the same fate. Starring Ajay Sinh Rathod (Arjun) and (Sarah), this action movie reeks of , revenge, love and benevolence – all rehashed from earlier Bollywood flicks of the same genre. The outcome is another flop and even here, the numbers are missing till date. So wait and watch for the next lot of movies to hit the theatres – those may just be able to break the Black Friday jinx plaguing the box office like never before.