The M&M deal comes as a surprise to sector watchers – mostly because of an absolute data mismatch. Tata Motors has been beating M&M in space – literally 100 to one.

According to the latest FADA report, in FY22, M&M sold a total of 156 electric cars in the passenger vehicles segment. On the other hand, Tata Motors, which has two models in the market, sold nearly 15,200 electric cars —that’s 100 times more than what M&M sold.

Advertisement
M&M’s EV business however is not just about cars. It also has a few electric three-wheelers in its portfolio, at price points which are several times lower than electric cars.

This is why analysts are bullish on its EV business, and label it as a ‘proactive’ auto company, in spite of a single electric car in its portfolio – the eVerito. This car is mostly used as a cab.

“M&M is also proactive on the electrification front and already has an electric 3W and e-rickshaw as well as PV (e-Verito) running on Indian roads. With a pipeline of interesting launches in the electric PV as well as LCV front, the company is steadily transforming amid change in technology landscape in the auto space,” stated a report by ICICI Direct.

It sold a little over 8,000 electric three-wheelers in FY22, according to FADA – also this too is comfortably lower than Tata Motors’ EV sales. Coupled with Mahindra’s strong brand recall in rural areas thanks to its tractor business, this sets the company up very well as far as electric 3Ws are concerned – a segment where Tata Motors registers a blank.

The key to understanding the future of Mahindra’s auto business is identifying its product roadmap. M&M’s executive director Rajesh Jejurikar said the company’s SUV lineup will be 20-30% electric by 2027.

Eight new electric vehicles are to be launched by 2027. Of these, four will be brand new cars and four will be ‘conversions’ of existing petrol and diesel cars.

IDBI Capital too has impressed with M&M’s three new ‘blockbuster’ launches – the new Thar, XUV 700 and Scorpio-N – stating that it has made a comeback. The brokerage also says that the company is ‘unlocking value’ of its EV business — and is no longer just a tractor company.

Advertisement
BII’s Nick O’Donohoe has another angle to valuation. In the press release, he said that this investment will “attract additional sources of private capital” into Mahindra Electric. While he did not go into further details, he said that this venture is “exciting”.

Green funds, and their large appetites, could also be one of the reasons behind the large investment into M&M.

“Climate change is one of the biggest challenges of our time. The investment into Mahindra’s EV business is in line with our decarbonization strategy and focus of supporting sustainable business models that create new jobs, particularly for women,” said Samir Abhyankar, managing director of BII.

He also underlined that this is aimed at attracting other “like-minded investors in the future”.

Advertisement
There are other advantages that M&M has over Tata Motors that makes it an attractive investment. The former has much less debt. Its overall debt is ₹75,000 crore – that’s half of what’s on Tata Motors’ books.

M&M is also a profitable company, while Tata Motors has reported losses in four out of the last five years, at over ₹64,000 crore. Moreover, the former’s stock has been outperforming the index too. Since the beginning of 2022, it has outperformed the Nifty Auto index by four times, surging over 38% while the index gained less than 9%.

“Within OEMs, M&M remains our top pick as it relatively outperformed within the auto OEM space after a multiyear breakout that spells structural turnaround,” a report by ICICI Direct stated.

Gone with the windfall tax: ONGC loses a fifth of its market value 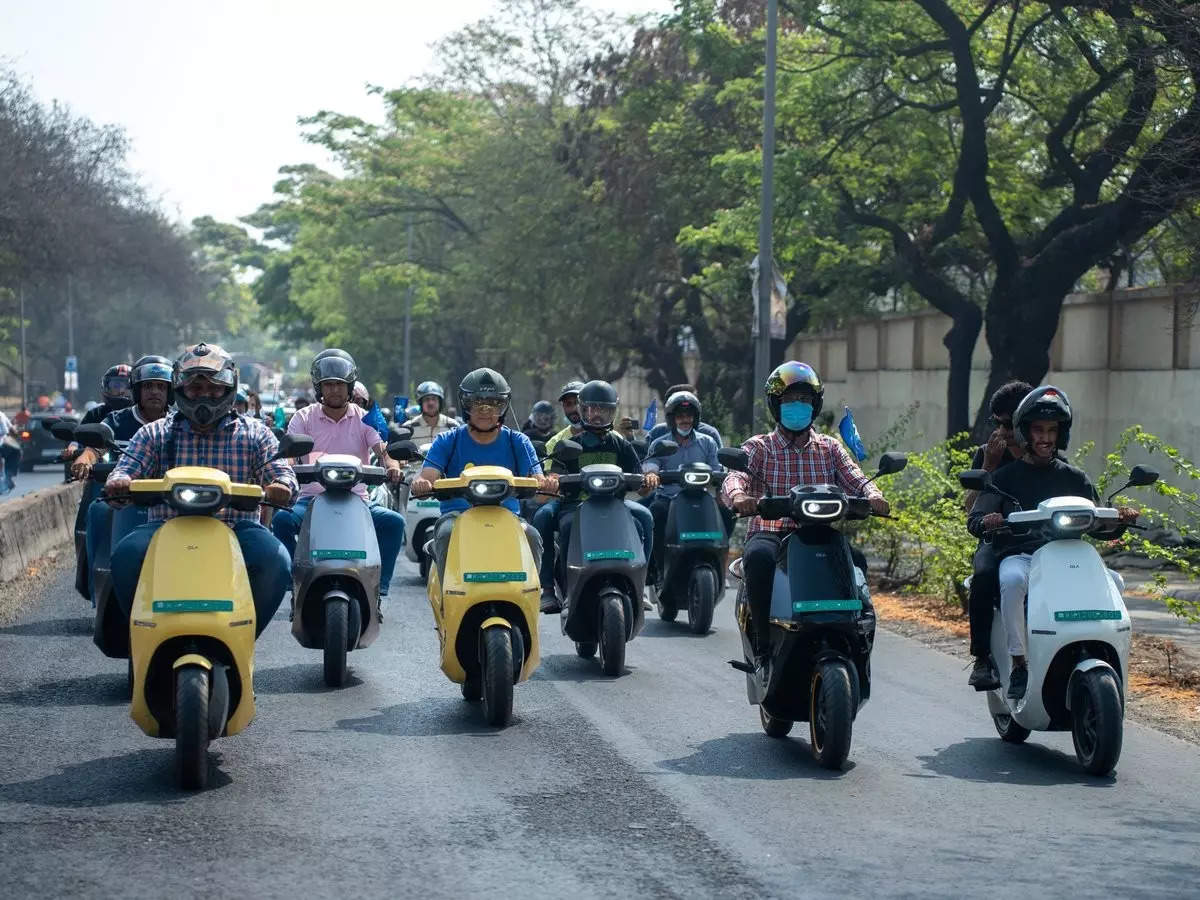