Advertisement
Prabhjote Gill
May 22, 2020, 17:25 IST
Mukesh Ambani may not be done raking in investments for Reliance JioBCCL
Advertisement
More than one-sixth of Reliance Jio is now with stakeholders — other than these parent Reliance Industries — after US-based KKR’s recent investment of $1.5 billion.
However, India’s richest man RIL chairman Mukesh Ambani is reportedly in the mood for more deals.

Two other investors, Abu Dhabi’s Mubadala and Saudi Arabia’s Public Investment Fund, are also reportedly in talks to buy up stake in Ambani’s telecom company. If those bids come through, nearly one-fifth of the company will be diluted.


Even though the market is usually amped whenever new money flows into Jio, Reliance Industries’ share price is in the red today — falling by 0.57%.
Advertisement
Upcoming investments for Reliance Jio
Mubadala, the sovereign wealth fund of Abu Dhabi, is reportedly in talks with Jio to pick up stake of around $1.2 billion, a source told FT. “We are looking at it, but it’s a few weeks off,” they said.

Mubadala is one of the most active wealth funds in the United Arab Emirates (UAE) with a portfolio that extends from telecommunications and broad services to e-commerce. Like other funds around the world, it’s on the hunt for bargains as the coronavirus pandemic bears down on the global economy.

Saudi Arabia’s Public Investment Fund (PIF) is also looking at a potential investment of $1.5 billion in Jio, according to Bloomberg. It currently manages over $300 billion in assets.

Ambani’s stockpile of investments
For Ambani, the incoming investments in Jio are a way to expand operations beyond oil and petrochemicals — a business that is weighing heavy due to the fall in demand for oil and refined products.

He’s also looking to shrink Reliance Industries’ debt burden of almost $44 billion ⁠— Jio was built on the debt binge in the first place — at the end of March 2020.
Advertisement
Experts also believe that the influx of new money will help the telecom giant bid on any upcoming 5G auctions, which have hit a standstill due to the annoying coronavirus lockdown. So more stake sales in Jio may not be surprising.

How to apply for RIL rights issue shares
{{}} 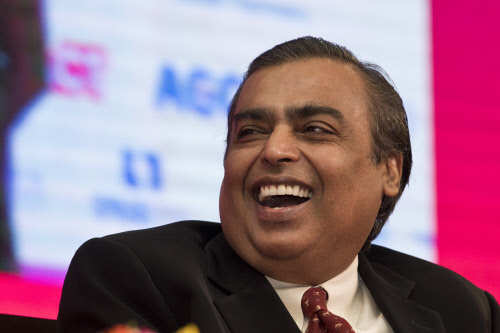