Advertisement
Sanchita Dash
May 6, 2020, 10:55 IST
An empty shopping mallBCCL
Advertisement
With Lockdown 3.0, there have been multiple relaxations by the Indian government but shopping malls continue to stay shut. In fact, malls were one of the first places to be asked to shut down much before the lockdown started.
According to real estate consulting firm , India’s top eight cities have 126 malls and “even short-term closures will have significant financial implications.” But those in the business have more worries than just the lockdown ⁠— no revenue, no reprieve from costs, and no one to lend money.

A film producer, a critic, and analysts explain an existential threat to Indian movie makers


Here’s list of demands that shopping malls have put forward:

In a recent online session by the Shopping Center Association of India (SCAI), industry leaders called for malls to reopen in at least green zones.

Banks aren’t helping. Dalip Sehgal, CEO, Nexus Malls said that this phase is about survival, the next phase will be about recovery and after that will come regrowth. “As far as the government is concerned, the writing is very clearly on the wall. According to a report, currently the NPA in the country is ₹9.3 lakh crore and in the next few months that’s going to double to ₹20 lakh crore, our industry is in an equally vulnerable position. The first thing that the banking sector needs to do is relocate the moratorium that RBI gave. Secondly, there’s a 9% interest there, even while the repo rate is at 4%. So, where is the benefit that’s being passed on to borrowers?”
Advertisement

Sehgal added that insurance is the other big thing, which should be applicable now for retailers. Citing an example from the US, he said that the biggest boost for retail is that they are trying to get business recovery from the insurance companies saying ‘we stumbled not because of our own fault but because there was a global issue. If insurance doesn’t cover that then what else is insurance meant for?’

“Next comes the property tax, we need a one year moratorium on it. Electricity, which is another big cost for us, in some states we have got concessions but in a large number of states we are still working with the archaic system of having a minimum billing amount,” said Sehgal.

While the next 90-120 days will be about ‘recovery, reimagine and re-energise the business model’, the broader idea is to focus on regrowth by Diwali by when the experts anticipate 80-100% consumers returning.

“We are in a phase, till the vaccine comes in for Covid, we will have to take the necessary precaution. Health and safety is of prime importance. We are not throwing caution to the wind and saying why have you locked us up when others are operational. The narrative is life has to go on, people have to live, they have to have some sort of an outlet/go somewhere,” said Irfan Razack, Chairman, and Managing Director, Prestige Group, which runs the Forum Mall chain in southern India.

Advertisement
He suggested that malls should open up but in a measured manner and with precautions – food courts can have alternate seating tables, coffee shops should open with half occupancy etc. “Obviously, we won’t open with 0 to 100 in a day,” Arjun Sharma, Chairman, Select Group, which runs the Select City walk in Delhi, agreed.

Reopening is just the start

Even if malls were allowed to reopen soon, consumers might be wary of going out shopping right now. There have been job cuts and pay cuts across the country, which will restrict spending. The Retailers Association of India has said that the industry will take almost a year to recover.

Harshavardhan Neotia, Chairman, Ambuja Neotia Group said that this will remain a challenge for malls. “However, the challenge with opening the malls is more than just getting it open. Food and shopping are both contact activities. Fear, money and the psychological aspect of wanting to spend will be the three challenges,” he said. 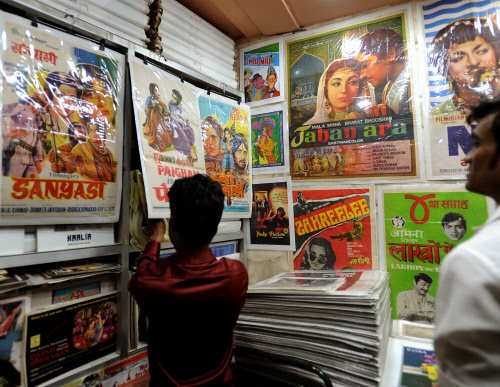 A film producer, a critic, and analysts explain an existential threat to Indian movie makers