Advertisement
Prabhjote Gill
Oct 1, 2020, 11:42 IST
Indian Army prepares for winter amid the India China standoff along the Line of Actual Control (LAC)BCCL
Advertisement
India and China were locked in conversation to review the situation along the Line of Actual Control (LAC) on Wednesday at the 19th meeting of the Working Mechanism for Consultation and Coordination (WMCC) on India-China border affairs.
Other than ‘frank and detailed’ discussions on the importance of earlier meetings, the one action point to emerge from the talks was that the 7th round of military talks should be “held at an early date” to accelerate disengagement.

Sources told Times of India (TOI) that it could happen as early as this week.

“They also noted that the agreement between the two Foreign Ministers should be sincerely implemented to ensure disengagement at all the friction points along the LAC,” said the Ministry of External Affairs (MEA) in its statement.

However, there were no discussions around moving troops away from the border or the disagreement over where the boundary line lies between the two Asian giants.
Advertisement
Clashing claims over the India-China border
This issue over the 'border line' has resurfaced even as India and China work towards implementing the five-point plan agreed upon by the foreign ministers on both sides.

On August 29, the Chinese foreign ministry noted that the country does not recognise the ‘so-called’ Union Territory of Ladakh. In another statement, China asserted that the border proposed back in 1959 is the true LAC — a claim that India rejected then, and ever since.

Earlier this week, MEA spokesperson Anurag Srivastava reiterated this stance. “India has never accepted the so-called unilaterally defined 1959 LAC. This position has been consistent and well known, including the Chinese side,” he said during a press conference.

As the situation along the border remains under certain, India has been stepping up its defences.

India tests BrahMos supersonic cruise missile
India’s Defence Research and Development Organisation (DRDO) recently conducted new tests to strengthen the Indian Army’s arsenal. On Wednesday, September 30, the agency successfully tested the BrahMos supersonic cruise missile with the addition of indigenous boosters.
Advertisement
The missile can hit targets over 400 kilometers away and can be released from a submarine, warship, aircraft, and on-ground.

The boosters are made entirely in India, but the missile has been developed by the DRDO in collaboration with Russia's NPO Mashinostroyenia.

"I know that China now, and India, are having difficulty, and very very substantial difficulty. And hopefully, they will be able to work that out. If we can help, we would love to help," he told White House reporters during a press briefing.

Advertisement
Trump first offered to help in May when he extended his hand to ‘mediate’ the ‘raging’ border dispute between the two Asian giants.

His new comments come on the heels of India’s Foreign Minister S. Jaishankar, calling the five-month-long stand-off at the Line of Actual Control (LAC) between India and China “unprecedented.”

Speaking at the World Economic Forum’s (WEF) Development Impact Summit, Jaishankar said the border tensions were only one part of a much bigger picture.

"It is important that they [India and China] understand the need to accommodate each other's rise. Clearly, they will have some common interests and many interests which are more individual, nationally-centred and that process of how to adjust to each other when both of them are rising to my mind is one of the big issues in the diplomacy of both the countries," he explained.

India and China have decided to hold the next meeting of the Senior Commanders at the earliest, said the Ministry of External Affairs (MEA) on Thursday on the India-China border issue.
Advertisement
"In parallel, the next meeting of the Working Mechanism for Consultation and Coordination (WMCC) is also likely to take place soon," said the MEA Spokesperson Anurag Srivastava at yesterday’s press briefing.


These choppers will be a boon in the months to come when road access to several critical areas gets blocked off due to snow.

India-China border’s freezing temperatures will make HAL’s choppers more efficient
“Both the army and the air force are operating the chopper that has high altitude capability and can carry a meaningful payload where others find it difficult to go,” HAL chairman R Madhavan told the Economic Times.


Advertisement
The ALH has already proved its mettle running supply missions to the Siachen glacier — the world’s highest combat zone — and Madhavan is confident that the ALH will again prove to be a useful tool in the Indian Army’s arsenal in the face-off against China once winter sets in.

In fact, the dip in temperature may even improve the chopper’s performance — making it easier for it to carry payloads, according to him.

In addition to transporting troops, HAL’s chopper will also be critical to dropping off supplies and being on call for any medical emergencies.


Why does the Indian Army need more carbines?
The order for 350,000 close quarter battle rifles is likely to take two or three years to come to fruition. “The present and immediate necessity cannot be compromised,” an official said, explaining that only one-fifth of the total order is being processed using fast-track procurement.

Currently the Indian Army is using regular assault rifles for close quarter combat, which reduces the operational efficiency of troops.
Advertisement
China has hardened its stance during the 14 hour-long sixth Corps Commander-level meeting
India and China have agreed to stop sending more troops to the frontline after military commanders from India and China were locked in discussions for nearly 14 hours on Monday, September 21, during the sixth round of talks.

“The two sides had candid and in-depth exchanges of views on stabilizing the situation along the LAC in the India - China border areas,” said the Ministry of External Affairs (MEA) in a statement.

However, there was no consensus on reducing the number of soldiers that have already been deployed — or a return to the original status quo prior to May.

According to former Indian Army Colonel and expert on strategic affairs, Ajai Shukla, China has hardened its stance on the issue. It is refusing to withdraw any troops until the Indian Army vacates five to six tactically dominating heights it has occupied south of Pangong Tso Lake in Ladakh.
Advertisement
Another Indian Army veteran Sushant Singh affirms that the joint statement’s assertion that both sides will “refrain from unilaterally changing the situation on the ground,” can be interpreted as acceptance of the new status quo along the Line of Actual Control (LAC).


It was the first time that the Indian delegation had two Lieutenant Generals, two Major Generals and a Joint Secretary from the Ministry of External Affairs (MEA) —Joint Secretary Navin Srivastva.

Here’s a quick look at what India and China did agree on during the sixth round of Corps Commander-level talks in Moldo:
China’s military posturing has been the works for a while
Over the last four months, experts, politicians, the Indian Army, and others have often reiterated that the situation along the Line of Actual Control (LAC) between India and China is unlike any other face off in the past.

That may well be true with China changing tactics and doubling down on building military infrastructure along the border. Not only has this increased the number of friction points between two of the largest countries in the world, but it has also forced New Delhi to rethink its take on the issue of national security, according to security and military analyst Sim Tack’s report in Stratfor.

Advertisement
The report estimates that 13 new military positions have appeared since the 2017 Dokhlam standoff. and after fresh tensions sparked in May, China initiated the construction of four new heliports along the India-China border.


India's Defence Research and Development Organisation (DRDO) in Leh has been researching these mammals for their endurance and load carrying capabilities. With 170 kilos on their back, these camels are patrol for 12 kilometers, DRDO scientist Prabhu Prasad Sarangi told ANI.

The double humped camels will inducted to the already existing mules and ponies which have the capacity to carry around 40 kilos.
Advertisement
In addition to the camels, India’s newly acquired Rafale jets are also conducting ‘familiarisation sorties’ in Ladakh. The pilots flew five fighter jets from Ambala to acquaint themselves with the operational environment of the Himalayas reported Times of India.


The additional fire power has been introduced into the mix after the Indian Army reportedly took control of six strategically important mountain peaks along the Line of Actual Control (LAC) in Ladakh.

The move has given New Delhi an advantage over Beijing, according to ANI. “The new hill features being occupied by our troops include Magar Hill, Gurung Hill, Recehen La, Reang La, Mokhpari and the dominating height over Chinese positions near Finger 4,” government sources told the publication.


China says its casualties are fewer than India’s
In the violent clash between India and China in the Galwan Valley three months ago that left 20 Indian soldiers dead, Defence Minister Rajnath Singh told Parliament that there were heavy casualties on the Chinese side as well.
Advertisement

However, China hasn’t released any official numbers, and the state-run Global Times flagged Singh's comments as ‘fake news’. “The number of Chinese soldiers who sacrificed their lives during the conflict was far less than the number of India," wrote the publication.

In the aftermath of the conflict, sources told ANI that the increased movement of Chinese helicopters at the face-off location showed that the People’s Liberation Army (PLA) has suffered a “significant number of casualties.”

“No matter how big or strict a step we have to take — we will not back down,” Singh reiterated to other Members of Parliament (MPs) during the Monsoon session.

The current situation at the LAC
India’s Defence Minister added that the Chinese side has deployed troops, arms, and guns in large numbers along the LAC and their inner regions. They have created multiple friction points in Eastern Ladakh, Dogra, Konkra, northern and southern banks Pangong Tso lake.
Advertisement

The Economic Times estimates that there are around 10,000 troops along the southern banks of Pangong Tso Lake taking China’s total troop deployment to 52,000. This means that the number of battalions in the region is somewhere around 50 as compared to being around 35 just a month ago.

“Because of their actions, repeated faceoffs and transgressions have occurred along the border. China’s violent activities violate all the norms and agreements agreed upon bilaterally,” he said.

According to Singh, even though India and China have been at odds before, this situation along the border is different this time. The number of friction points is higher, and so is the level of involvement of the troops.

He told the Parliament that the government has provided the troops with warm clothes, specialised tents to live in, ammunition, and weapons to bear through the coming winter months.

China plays Punjabi songs as a part of its ‘loud speaker’ tactics
As the Defence Minister addresses Parliament, the Chinese People’s Liberation Army (PLA) is reportedly trying to distract Indian troops by playing Punjabi music from across the border.
Advertisement
According to the Hindustan Times, playing Punjabi music is a part of the PLA’s ‘loudspeaker’ tactics. Similar strategies were also deployed during the 1962 war and the 1967 NathuLa skirmish. 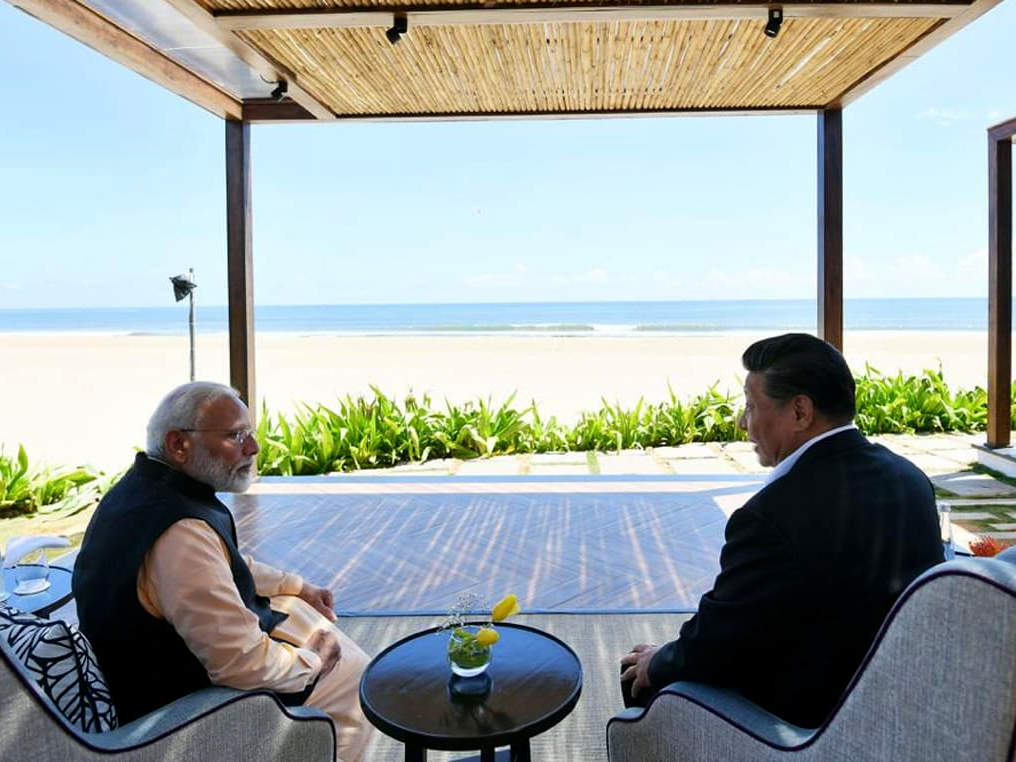 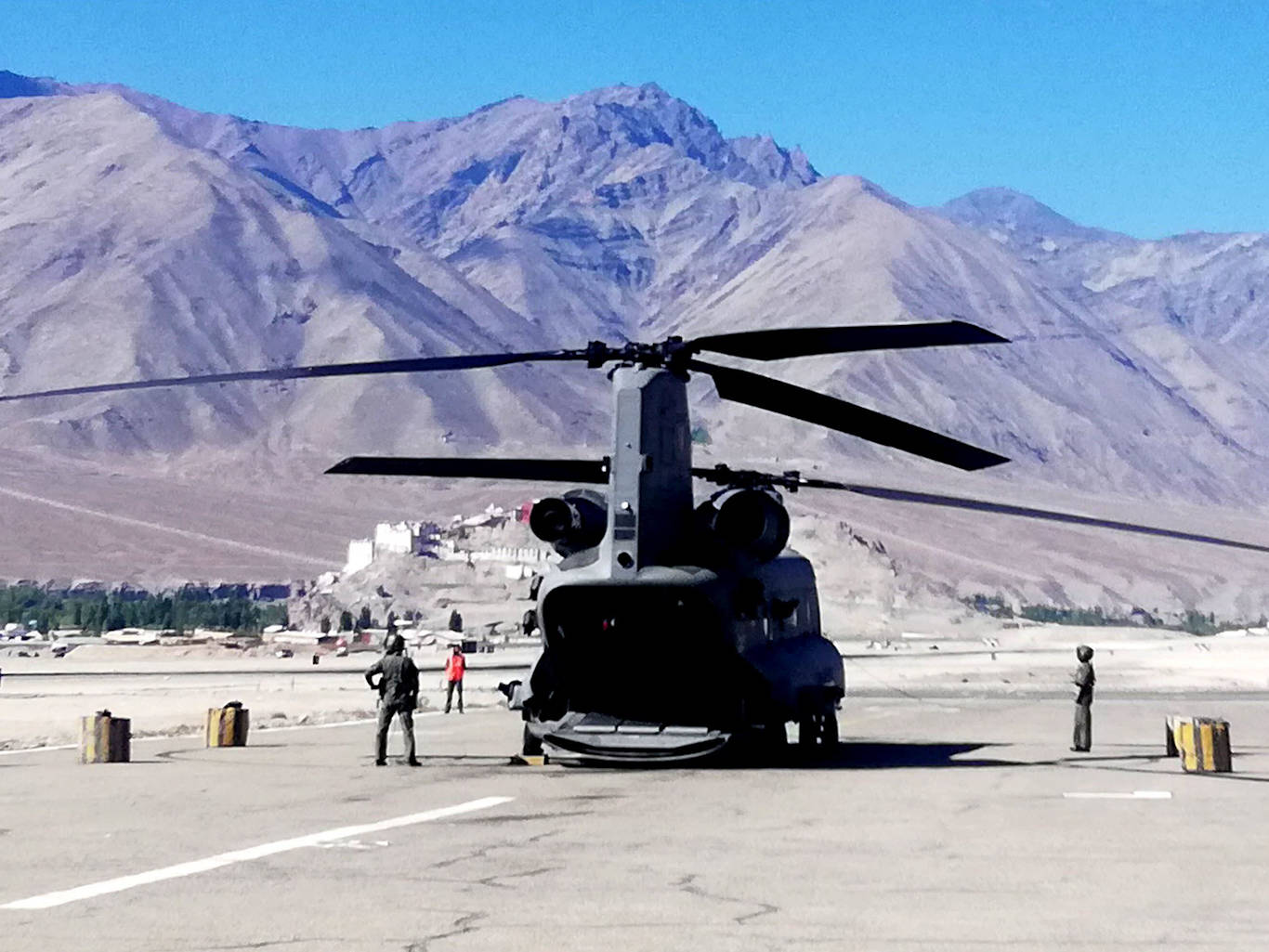