Advertisement
Prabhjote Gill
Jul 3, 2020, 14:41 IST
Modi addressing the troops in Leh, Ladakh on July 3PIB
Advertisement
Addressing the nation from the India-China border in Ladakh, Prime Minister Narendra Modi said the Indian Army has given a befitting reply to the people to who attempted to conquer its land.

“The enemies of India have seen your fire and fury,” Modi told the troops. “When the protection of the country in your hands and you resolute thoughts, there is unbreakable trust. And, citizens India are not worried thanks to you,” he added thanking the troops for their bravery. Modi asserted that the Indian troops' operating at such a height and difficult terrain is an homage to India's strength that no other country can match.

He added that India had always pursued the path of peace. "We have always worked towards for the protection of humanity. We have given our life for it," said Modi. At the same, he added that those who are weak can never initiate steps for peace — bravery and courage is a prerequisite for peace.

Modi visits Ladakh
Earlier today, Indian Prime Minister Narendra Modi arrived in Leh to review the ongoing border conflict with China. The Chinese Foreign Ministry spokesperson Zhao Lijian addressed the issue stating, “Not party should engage in any action that may escalate the situation at this point.”

Advertisement
“India and China are in communication and negotiations on lowering the temperatures through military and diplomatic channels,” he added.

India & China are in communication and negotiations on lowering the temperatures through military & diplomatic chan… https://t.co/P1BxezkoHc


This is the first time that Modi has visited the region since the two sides have been engaged in a standoff since May. He was accompanied by the Chief of Defence Staff General Bipin Rawat and Army Chief General MM Naravane.

"You give the citizens of India strength to work day and night — pushing forward and strengthening the idea of an atmanirbhar (self-reliant) country," he told the troops during his address.


Defence Minister Rajnath Singh was originally supposed to visit the area but his visit was reportedly deferred. Instead, Modi is scheduled to meet the soldiers who injured during the clash between Indian and Chinese troops on June 15 that led to the death of 20 Indian soldier and an undisclosed number on the Chinese side.

Advertisement
“The bravery that you and your compatriots showed, a message has gone to the world about India’s strength. Nation rests peacefully because of your bravery,” Modi told the troops.

The Prime Minister is also going to speak to Lieutenant General Harinder Singh who has been leading the military talks on India’s side. There have been three high-level military discussions so far — one on June 6, another on June 22 and the latest on June 30. Both sides have agreed to disengage in a phased and step-by-step manner.

“We expect the Chinese side to sincerely follow up and ensure the expeditious restoration of peace and tranquillity in the border areas as per bilateral agreements and protocols,” India’s Ministry of External Affairs spokesperson, Anurag Srivastava said during the press conference yesterday evening. 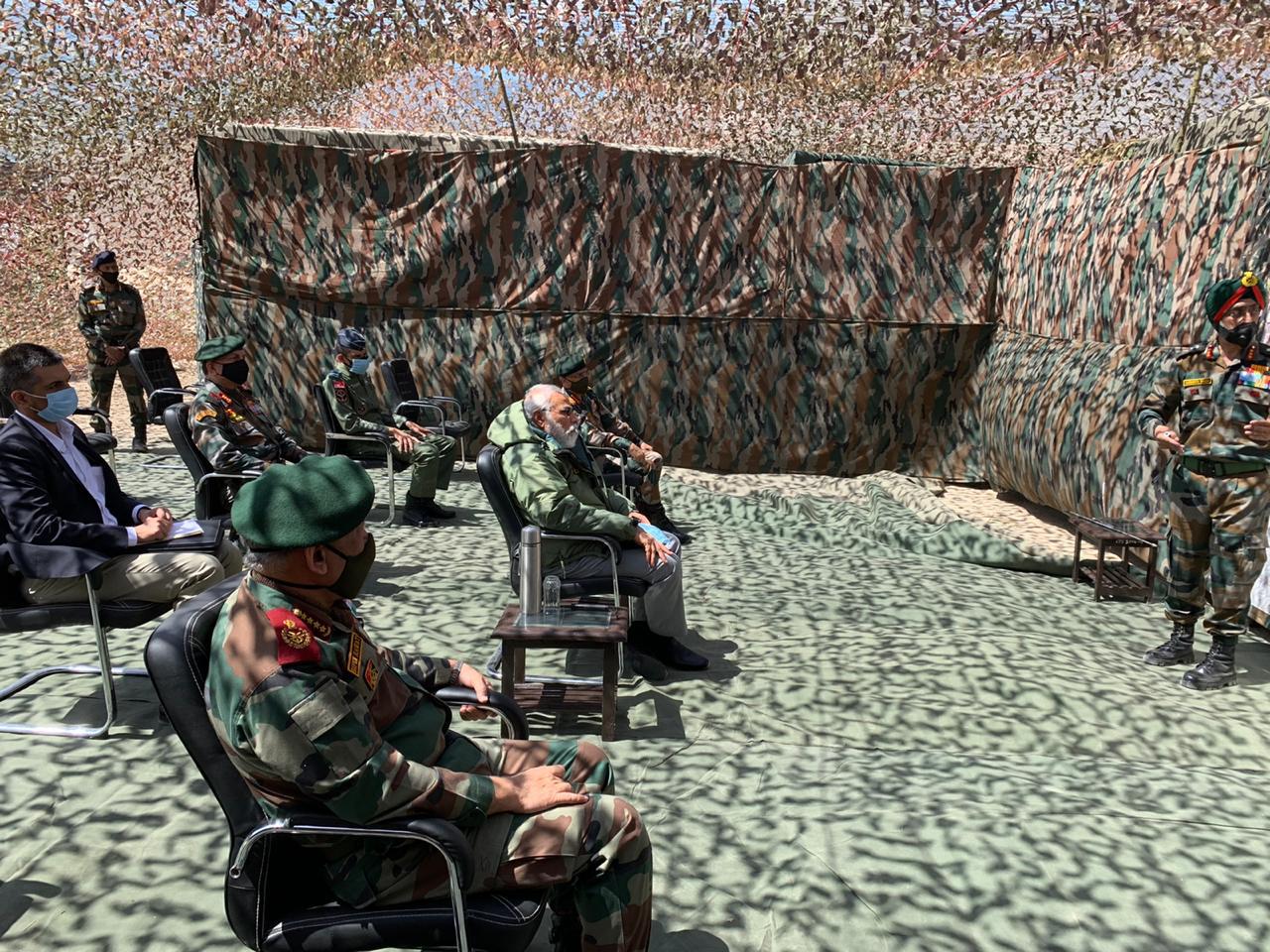