Advertisement
Prabhjote Gill
Jul 20, 2020, 11:31 IST
The US-China dispute in the South China Sea continues to worsenBI India
Advertisement
The South China Sea is one of the biggest flashpoints in Asia. Since last week, animosity between the US and China has hit a new high since US Secretary of State Mike Pompeo called China’s claims ‘ unlawful’ and accused Beijing of conducting a ‘campaign of bullying’.


Closer to home, Brunei, Malaysia, the Philippines, Taiwan and Vietnam are on the offensive against China’s claims over the 3.5 million square kilometres of the oceanic region.

However, to avoid taking sides, most of them have issued statements saying that Beijing should follow international law in relation to the South China Sea to back up the US’ remarks.

The dispute dates back to December 1947 when then-Republic of China issued a u-shaped line demarcating their territory in the South China Sea — now, known as the nine-dash line.

China’s accuses the US of escalating tensions in the region
“The United States champions a free and open Indo-Pacific,” said Pompeo just days after the US Navy had sent two aircraft carriers to conduct operations and exercises in the region on July 4, America’s Independence Day.

Meanwhile, Beijing was already carrying out military exercises in the South China Sea from July 1 to July 5.


After Pompeo’s remarks, the Chinese foreign ministry stated that the US’ remarks, “turns the South China Sea into a tense situation, provokes China’s relationship with regional countries, and unreasonably accuses China. China is firmly opposed to this.”

US assistant secretary of state for East Asia said that the US was within in its rights to sanction Chinese officials and companies that pursued China’s illegal claims in the South China Sea.

Advertisement
Neighbours point the finger at China
Taiwan has been increasing the frequency of its military drills after accusing Chinese military aircraft of ‘frequent incursions’ into the island’s air defence. Taiwan’s army is carrying out a live-fire drill in the city of Taichung amid rising tensions. According to President Tsai Ing-wen, the military exercise is based on the scenario of an invasion by the Chinese military.

During its annual Han Kuang military exercise, Taiwan also fired a live torpedo from one its submarines — the first time it has deployed such a weapon in 13 years.


In its annual defence review, Japan called out China and its naval activities as a matter of grave concern. It accused Beijing of trying to alter the status quo in the East and South China Seas.

China has trespassed into Malaysian waters 89 times between 2016 to 2019, according to the government in Kuala Lumpur. In May, a Chinese research vessel was caught in a one-month-long standoff against Malaysian ships in Malaysia’s Exclusive Economic Zone (EEZ) — what many believed was suspiciously close to a Malayish drillship was operating

The rivals have accused each other of stoking tension in the strategic waterway at a time of strained relations over everything from the new coronavirus to trade to Hong Kong.
Advertisement

China is trying to build-up allies
Chinese diplomat Luo Zhaohui met with his Vietnamese counterpart Le Hoai on Thursday, July 16, to discuss the South China Sea. The development comes after the Being-backed Asian Infrastructure Investment Bank announced that it would lend $100 million to the Vietnam Prosperity Joint Stock Commercial Bank.

Vietnam is mulling legal action to assert its maritime claim. The country’s deputy foreign minister said that the country would prefer to negotiate but other measures haven’t been ruled out.

The history of China’s claims in the South China Sea
Until the 1930s there were no claims of sovereignty over the South China Sea. However, since then it has become one of the world’s busiest shipping routes with vast oil and gas reserves beneath the sea bed that everyone wants.

China, in return, rejected the ruling. The first claim was filed by the Philippines. The next is currently in Vietnam’s hands.
Advertisement


China, Philippines, Vietnam and Malaysia have all claimed islands and built military bases on them to assert their sovereignty. China, on this front, has been the most aggressive. China's claim to the South China Sea is indicated by the nine-dash line — the same claim that the International Tribunal scrapped.

Since 2014, the US government claims that China has reclaimed more than 3,000 hectares in the Nansha or Spratly Islands.

SEE ALSO:
China’s aggression isn’t only aimed at India — but at least four other countries in the region 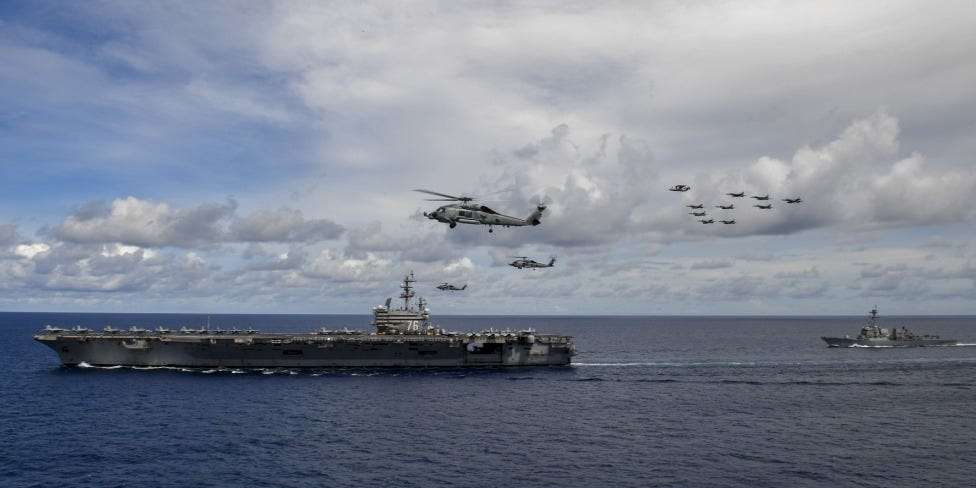 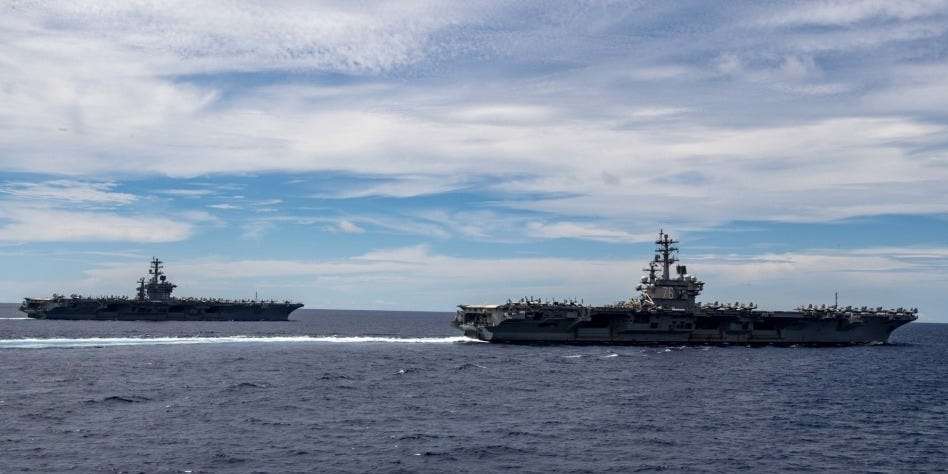 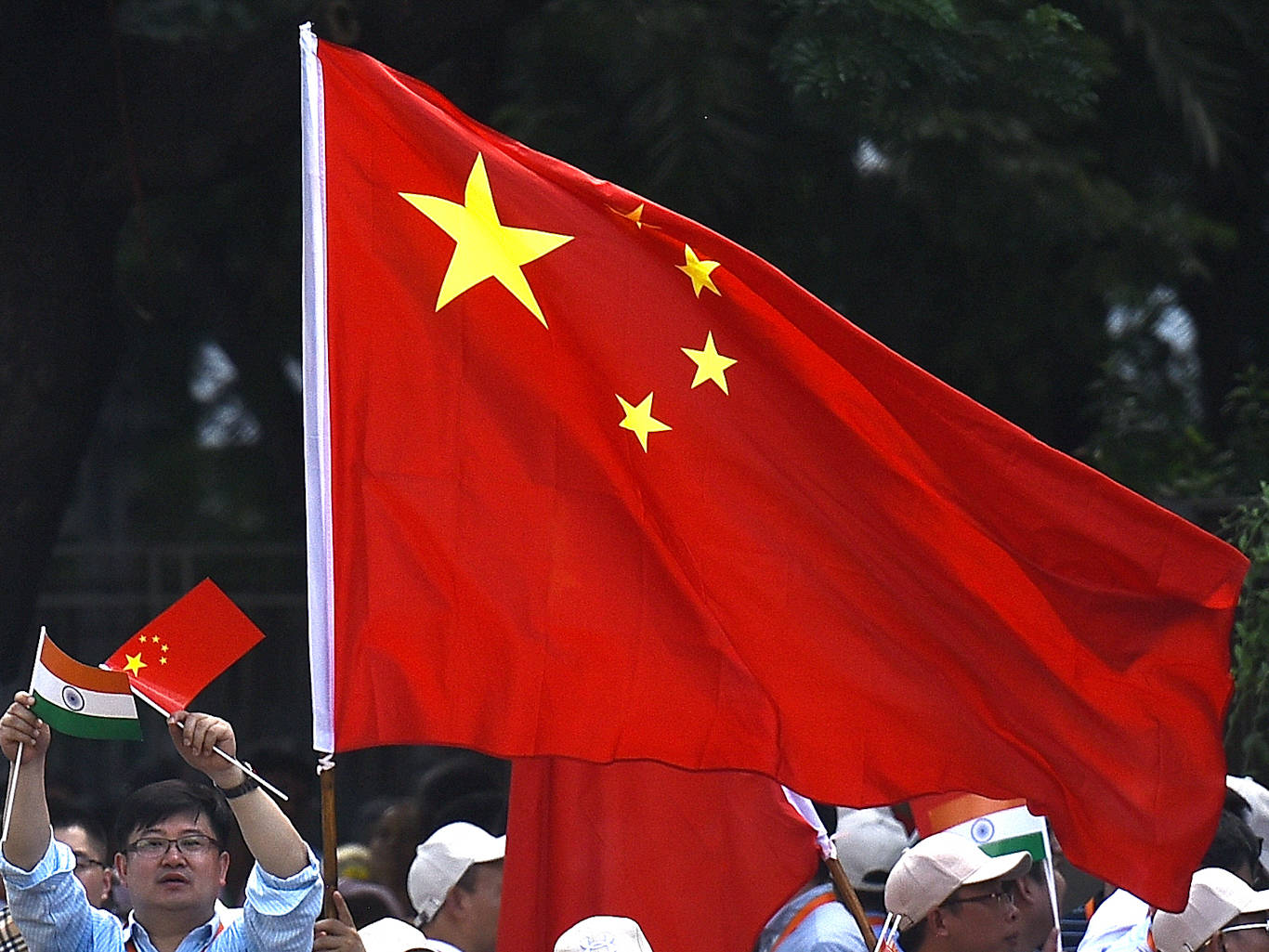 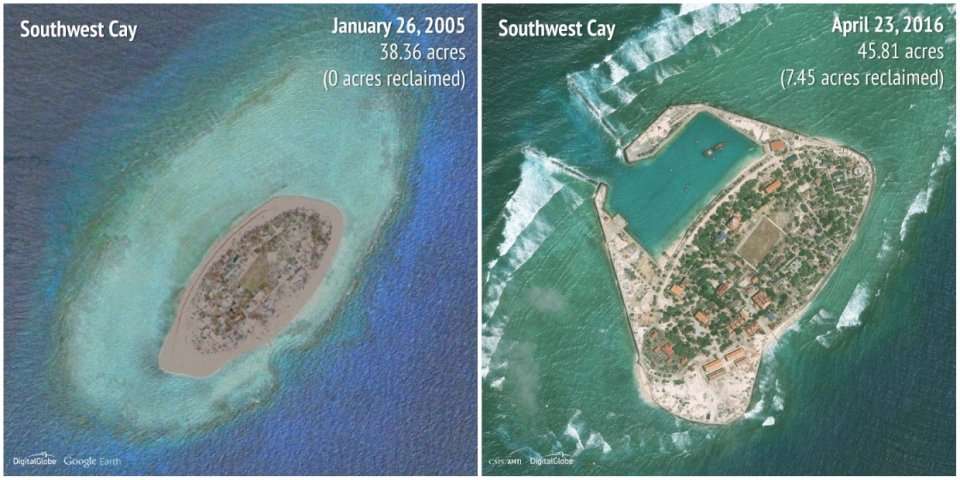