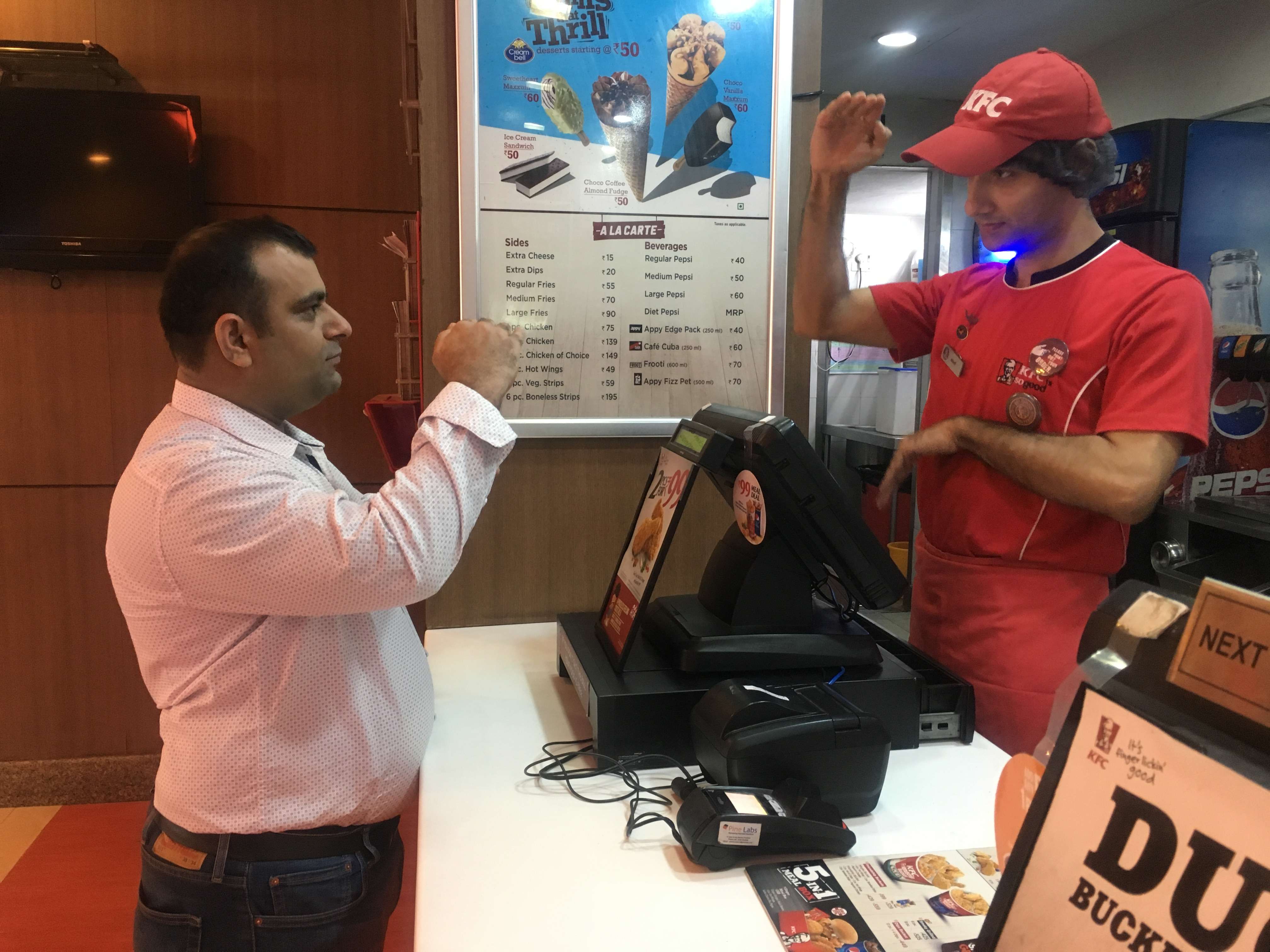 It started back in 2008, when KFC India realised that there weren&rsquo;t enough special needs schools in the country, especially those focusing on skill development and employability.

This became an obstacle for the brand at a time when they were considering providing to the specially-abled in their restaurants. The idea stemmed from KFC&rsquo;s core &lsquo;How we win together&rsquo; principle which emphasized on the phrase &lsquo;Believe in all people&rsquo;; underlining the importance of actively seeking diversity as everyone has the potential to make a difference.
Advertisement

Naturally, this required a massive level of coaching and supporting every individual to grow to their full capacity. The lack of special needs schools in the country pushed the brand to do something on their own. Thus, was born the , with a focus on making the hearing and speech impaired youth employable in India with the help of their inhouse program.

Today, boasts of employing over 170 specially-abled individuals at their restaurants across the country and as per the company will soon constitute 10% of the total workforce.

The journey however wasn&rsquo;t all that easy. On World Disability Day, Business Insider spoke to , Managing Director, to understand what behind the brand lending a helping hand to the country&rsquo;s specially-abled.
Advertisement

&ldquo;The idea for setting up KFC Academy was to ensure that we work on developing the right skills sets that increases employability for specially-abled, not just with KFC, but also across the retail sector,&rdquo; states Shinde.

KFC&rsquo;s program for the specially-abled has been running for over 8 years now helping them become self-reliant and find work opportunites.

&ldquo;We have a detailed orientation program for the specially-abled (hearing and speech impaired )and other employees; and also use various visual training tools and technology to help them learn,&rdquo; said Shinde, explaining how the Academy works.
Advertisement

Moreover, KFC has also partnered with different organizations in different cities, who train their managers and interpreters at the specially-abled restaurants.

&ldquo;During the training period, we have translators who explain everything to the employees simultaneously in sign language. Employees of a special KFC are trained by respective store buddy trainers. We have an internal team that monitors and closely manages the entire program and their progress,&rdquo; he stated.

In the fully sponsored program which is completed in 60 hours or about 5-6 weeks, the hearing and speech impaired individuals are taught English and critical skills, such as Industry Familarisation, Food Safety etc that help them with employment in the retail and hospitality sector.
Advertisement

&ldquo;We not only employ them at the Special KFC restaurants but also impart vocational skills that can be used at every stage of their in the industry,&rdquo; claims Shinde.

Recently, six speech and hearing impaired Shift Managers at KFC have successfully cleared the internal process to rise through the ranks, giving enough proof of the success of the Academy.
Advertisement

KFC India&rsquo;s goal now is to soon boast of having their first specially-abled Restaurant Manager, as well.
NewsletterSIMPLY PUT - where we join the dots to inform and inspire you. Sign up for a weekly brief collating many news items into one untangled thought delivered straight to your mailbox.
CAPTCHA: