Dusk and Dawn of the Indian Attack Helicopters 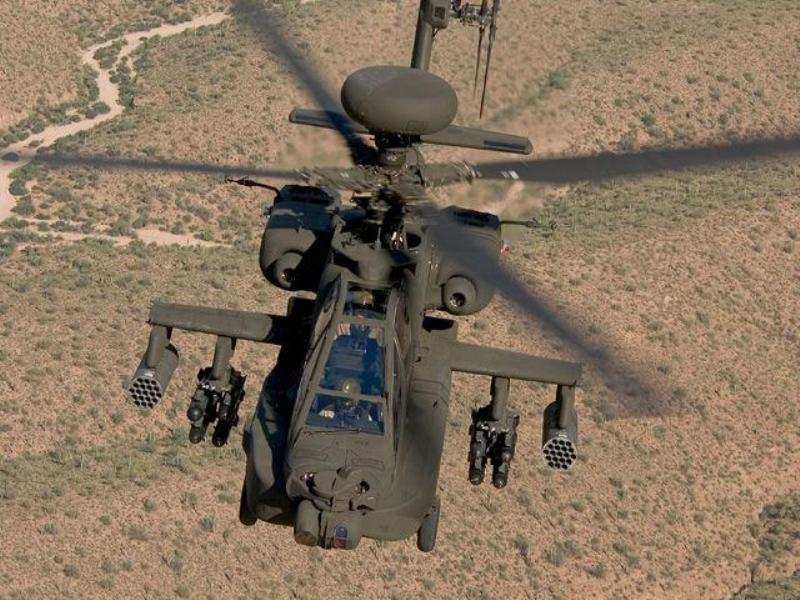 An attack helicopter (AH) is a rotary wing platform with the primary role of engaging targets on the ground such as armored infantry or moving armored vehicles. There heavy armament can include weapons such as auto canons, heavy machine guns, unguided rockets, and anti-tank guided missiles (ATGM's) like Hellfire and air to air missiles. Apart from the US and Russia, no other country is known for its large inventory of attack helicopters.
Advertisement


is having around 390 helicopters with it but only 30 out of them are attack helicopters and rest are the utility and transport helicopters. The reason behind this can be understood by the fact that the (IAF) maintains a fleet of around 250 ground attack aircrafts which more or less serves the same basic purpose of giving close air support to the ground troops. Traditionally India is not known for the love of attack helicopters. Even back in those days, India was using Mil MI-4 and Bell 47G-2 which were utility helicopters for troop movement and rescue operations.


As of now, Indian Air Force deploys around 20 Mil Mi-35, 7 HAL Rudra and 3 HAL Light combat Helicopters (prototypes). It was the Kargil war of 1999 which fueled the need for helicopters that can operate at such high-altitude conditions with ease. Restricted maneuverability of Mil Mi-35 with high payloads led India to the develop the HAL Light Combat Helicopter and HAL Rudra for multi-role high-altitude combat operations and this can be used by the Indian Air Force and the Indian Army's .
Advertisement
On 26 May 2009, the invited bids for 22 combat helicopters and 15 heavy-lift helicopters in a deal worth US$2 billion. In 2011, the American AH 64-D Apache Block3 had emerged as the winner ahead of the Russian Mi-28N defense deal for 22 Attack Helicopter and CH47-F Chinook won it for the heavy lift category. IAF is planning to deploy indigenously developed HAL Light Combat Helicopter for its combat operations along with the AH64-D Apache, however the HAL-LCA is in the nascent stage of development and the AH64-D's are yet to be delivered.

AH-64 Apache is considered as the best attack helicopter which creates havoc in the battlefield. The Boeing AH-64 Apache is a four-blade, twin turbo shaft attack helicopter with a powerful anti-armour weapon system. The Apache is equipped with state of the art electronic technology and fire control systems. The Apache can be loaded with 16 AGM-114 Hellfire Missiles, 76 70mm folding-fin aerial rockets or a combination of both – in addition to 1,200 30mm rounds for its M230 automatic cannon. There can be the use of fixed and rotary wing aircraft in operations against insurgents and this weapon system can be a force multiplier with the IAF in these special missions. Some experts are however opposing the requirement for the attack helicopters quoting that India has thousands of miles of mountainous borders to defend and attack helicopters are bound to be under-utilized in the mountains with their full payload. Another concern is that the heavy firing of the daytime at low levels can bring down any attack helicopter even with the best armour plantings. With their height ceilings and limited weapon systems, attack helicopters can perform their best in the plains but it is the mountains where it has to face the severest test as a credible force multiplier. Lessons from Vietnam remind that more than 5000 helicopters were lost against a not so powerful enemy. However, technology and weaponry has moved far ahead since then.

Whatever the debate is, Indian military knows the best. After the Kargil war, India is engaged in developing a rotary weapons platform and has successfully produced the HAL Rudra, which is an armed version of HAL Dhruv. Rudra is equipped with Forward Looking Infra Red and Thermal Imaging Sights Interface, a 20 mm turret gun, 70 mm rocket pods, ATGM's and Air-to-Air Missiles. Total 27 are there, 20 with army aviation corps and 7 with IAF.

In 2006, HAL announced its plan to design and build LCH. The Indian Air Force is to acquire 65 LCHs and Indian Army is to acquire 114 LCHs. It surpasses the Boeing AH 64-D Apache in terms of range(700kms) and service ceiling(6500mts), however when it comes to the terms of weapon system, it is more like the Eurocopter Tiger and AW 129 Mangusta. Given its service ceilings and range it is well suited for the mountainous terrains with the prospects of further developments. India will go for the full scale production of the HAL LCH's only after 2016 and the prototypes are being tested now. These improvements in the Indian defense manufacturing sector not only fits the “Make in India” program but also takes us a step closer towards the self-sufficiency in defense procurements.

Advertisement
Image credits: Indiatimes (Representation Image)
NewsletterSIMPLY PUT - where we join the dots to inform and inspire you. Sign up for a weekly brief collating many news items into one untangled thought delivered straight to your mailbox.
CAPTCHA: