Emergence of the Power Blocks: Why the world is going Multipolar? 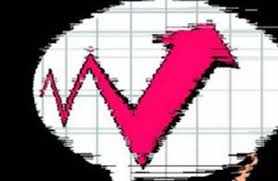 Polarity is the way in which the power is distributed among the states in an international system. It also marks the true characteristics of an international system and can be categorized as unipolarity, bipolarity and multipolarity at any given period of time. Polarity also depicts the kind of power and influence a state exerts over others either in a region or on a global scale. With the fall of the Soviet Union post cold war, the world became unipolar which marked the rise of the United States as the largest military and economic power in the world.

Many believe that the world is still unipolar with the United States having unmatched global power-projection capabilities with the largest Navy and Air-Force in the world and a huge defence budget which can mask the GDP of many countries. However this does not essentially makes the world unipolar as with the rise of Asian giants like China, India and Japan, the Balance of Power has started tilting in favour of a Multipolar world.

Rise of multipolarity and its relative influence

It is the distribution of power in more than two states where each of those states are capable of influencing each other or other states in terms of military, foreign policy and . Since the 17th century multi-polarity is more unstable and war-prone than bipolarity or unipolarity. It caused the Thirty Years War, First World War and Second World War; however the dynamics of international relations has changed a lot since then.

Advertisement
We are living in a post-colonial era where the pursuit of National Interest and the ever increasing quest for the military and economic excellence is a norm. Formation of alliances (other than the common shared interests) and waging a war is a bit difficult in a multipolar arrangement. Due to the highly evolved military, cutting-edge weaponry and the possession of Nuclear-powered ballistic missiles, multipolar systems may be more stable than bipolar systems and it also depicts the assured destruction scenario in case of a war. The recent rise of new powers such as the BRIC countries – Brazil, Russia, India and China– is already marking the rise of a multi-polar international system with considerable influence.

We can broadly classify the world into six major :

· USA- United States is still having the largest influence on the planet. The world is so inter-related that when the US economy is tumbling, the entire world feels the impact. US is spending around 600 billion USD on its defence and it is the only country having 10 operational nuclear powered aircraft-carriers and around 70 fast attack submarines roaming around the oceans and making it a true Blue-Water Navy. US Air-Force is the only air force in the world which operates a fleet of the fifth generation fighter aircraft since 2005. It has a dedicated Defence Advance Research Projects Agency (DARPA) to boost its R&D capabilities and to be in the Numero Uno position. It is indirectly controlling some international financial institutions such as the International Monetary Fund (IMF) and the . US controls around the 18 per cent of the total votes of the IMF and it is the largest shareholder in the World Bank.

· China- China is already the no.1 economy in terms of (PPP) and is second in GDP nominal. However its defence budget is only around 20% of the total US defence expenditure. Large scale manufacturing set-up and an ever increasing demand is making it one of the fastest growing economies. It has its own fifth generation aircraft program and its submarine fleet is equal to the United States or even more. With the largest standing army, long range ballistic missiles and a considerable influence in S outh China Sea, China is definitely a key global player.

· India- India is the third largest (GDP-PPP) and one of the fastest growing economies in the world. However, lack of a good manufacturing sector and an average infrastructure coupled with the enormous population can be a hurdle in becoming a true global power. At the same time India is having the second largest number of aircraft carriers and it is equipped with the nuclear submarines and Inter-continental ballistic missiles (ICBM's) with continuous further growth and a FGFA program in hand. India is the only operator of the world's fastest super-sonic cruise missile BrahMos and is developing the hyper-sonic one which will be ready till 2017-18. India is in a process of shedding its tag of the largest military hardware importer to a credible defence equipment manufacturer. With the 2nd largest standing army in the world and a highly effective Navy in the Indian Ocean, India is definitely influencing the global security and threat perception.

Advertisement
· Russia- A cold war power is still a major power in terms of military might and advance weapons development programs. It has the proven huge oil reserves and it can influence the energy and security needs of the central and Eastern Europe. It has a joined development fighter aircraft program going on with India. Experts believe that Russia has more nuclear stockpile than the United States in its inventory and not to forget its anti-missile air defence system (S-400) which is the best in the world.

· European Union- This power block constitutes Britain, Germany and France as their leading face. This can also be termed as the secondary unit of the US global defence strategy. With protection and some of the best and cutting-edge weaponry, this block is one of the most impermeable and secure regions in the world.

· Japan & South Korea- Though considerably small but with the highly advanced economies, great infrastructure and state of the art manufacturing sector, both these countries exert great influence in Asia-Pacific region. Japan along with India and US is checking the Chinese growth in the region. Both these countries constitute a separate power block, necessary for the security of that region.


The dangerous potential of middle and small powers and non-state actors along with the terrorist groups can also produce unpredictable effects in a multipolar world. The impact of their action can be heard all over the globe. Hence these threats cannot be ignored for the peace and stability in a multipolar world.