EXCLUSIVE: “Inshorts is not looking at monetization or actively working on revenue stream for a year,” says co-founder Deepit Purkayastha 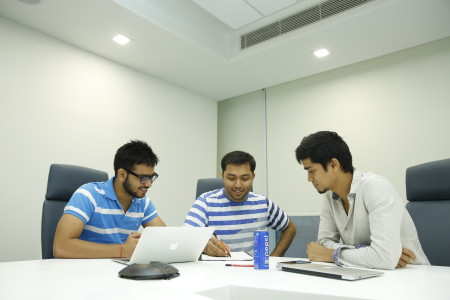 
In barely three years of its existence, Inshorts has been christened as the country’s highest rated news app, awarded the ‘Best Innovation App’ by the Internet and Mobile Association of India (IAMAI) at the 6 th India Digital Awards while its founders bagged mentions at Forbes India’s ‘30 under 30 list of young achievers’ and Fortune Magazine’s coveted list of 40 under 40.
There’s more.

Today, their app also has about 3 million subscribers from a paltry 100,000 subscribers in December 2014.

One would assume that the three founders- all IIT dropouts would have accepted that they had finally arrived.

Advertisement
But, one chat with , co-founder and Chief Strategy Officer at and you know that’s far from the truth.

For him and his two co-founders (, ) the journey has just begun.

At the onset, he seems determined to clear one obvious and over-asked question- Is Inshorts finally planning to focus on monetization?

Purkayastha is quick to respond. “Unlike what has been reported, our team has no plans of monetization atleast for this year. Infact, we are not even actively working on a revenue stream right now,” he adds. 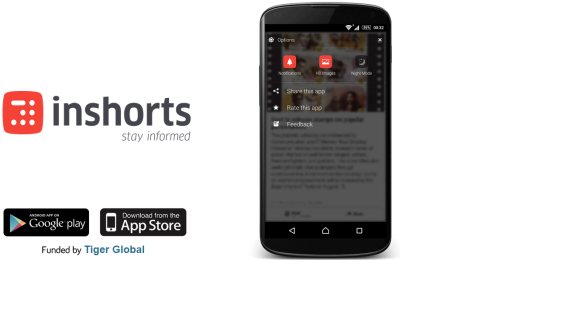 What they are doing instead is approaching companies for content partnerships. “We are not charging these companies for the partnership. They give us the information and we go about condensing it into 60-word summaries. Based on our insight, we’re deciding which companies to approach and what information to ask from them.”
Advertisement

When I prod him more regarding the lack of a business model or a revenue stream, he admits that it is not as much a priority for them. “See, we’re obviously working on a business model and figuring out which revenue stream works best for us from the two-three options at hand, but that is not something we’re obsessed or worrying our heads off. The way we see it, if people are spending time with our product, engaging on it- then monetizing it should not be one of the big challenges. It’s okay if we take our own sweet time to work around that,” he tells me.

To ensure more and more people engage with their app, the team is pulling no stops. They recently launched their Hindi version, which targets the same demographic- i.e., people between the age of 18-45 years, but those who are more comfortable reading in Hindi. The reception has been encouraging to say the least with the Hindi version getting over 2 million screenviews.

Another way they’ve ensured their product keeps evolving is by shying away from senior-level hires and instead hiring young people.
According to Purkayastha, Inshorts looks for youngsters ‘whose capabilities are much more than what is expected out of them.’

This is also the reason why their Head of Technology is a 20-year old who joined Inshorts right after he completed his 12 th.

Advertisement
The conversation then naturally progresses to the rounds of funding received by Inshorts and all the eminent investors backing it. When asked about how the funds of their last round have been spent, Purkayastha says that the two main areas they’ve been spent on are Innovation, building the correct team and on the intelligence around the curation process, adding that ‘majority of the last funding is still in the bank.’

He then proceeds to explain how he doesn’t want Inshorts to be viewed as a news content app. “We wouldn’t call the three of us news junkies. However, all three of us are very obsessed with the way content is packaged and information is presented to the general public to digest. We feel there is a huge gap in that area- with regards to innovation and that is where we believe Inshorts steps in. Wikipedia is the single innovation in how content is packaged. Inshorts aims to be its successor,”he claims.

Unable to help myself, I ask whether in the near future Inshorts would entertain the idea of people paying for the app and his reply comes even before I finish my question.

“Inshorts is always going to be a free app,”