Filmmaker Shyam Benegal joins the fight against the censor board, says 'Abolish censorship' 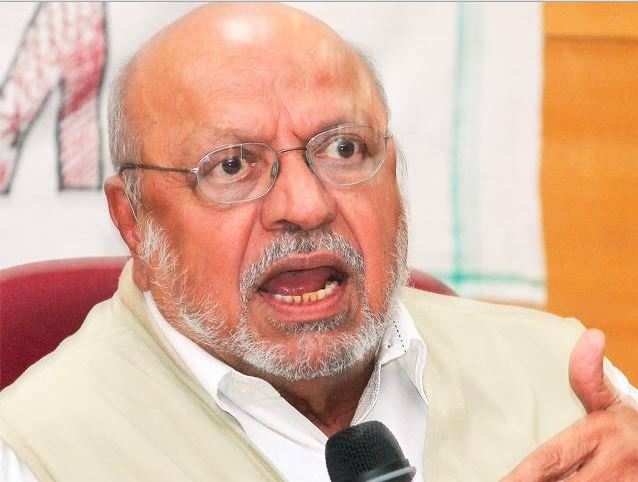 Advertisement
Coming out against the growing menace of the , veteran film-maker has said that he personally does not believe in of creativity and that it should be banned.

Benegal, 80, best known for his movies like "Ankur", "Bhumika", "Junoon", "Nishant" and credited with bringing alternative cinema in the '70s, said the current scenario with the censor board is not very pleasing.

Censor board chief has been criticised on social media as well as by his colleagues and Bollywood actors after it was revealed that board had shortened the length of kissing scenes in James Bond movie "".

"In one word, I would say abolish censorship. I personally don't believe in censorship. I am concerned about the imposition of censorship here, which has no real purpose except to come in the way of you expression. That's the kind of censorship I oppose," Benegal said on the sidelines of IFFI.

"There is a certain amount of debate going on in the press about censorship and chairman and how it does not appeal to large number of people. This kind of thing does not make sense. It has no place."
Advertisement

Benegal said filmmakers can try and get out of these tricky censorship situations in the country by adopting novel techniques.

"People creatively can bypass censorship and they do that. When it comes to matters of sex, there are ways and means the filmmakers use to go past censorship. Without the censor even being aware of what is happening. This happens," Benegal said.