Advertisement
Rounak Jain
Jun 6, 2022, 15:48 IST
The Indian rupee is expected to become less valuable this yearUnsplash
Advertisement
As if a seemingly unending surge in inflation and rising petrol prices were not enough, experts now predict that the rupee might see a further decline, sliding to as low as ₹81 in the next 5-6 months.
This is in spite of the Indian central bank’s conviction and actions to stall a freefall. The central bank has been firefighting to keep the rupee from falling. In May, it used India’s huge stockpile forex reserves to prevent the rupee from hitting the ₹77.5 level against the US dollar.

The governor Shaktikanta Das too said that the bank won’t let a runaway decline of the rupee happen.

Rupee at ₹81 – is but a modest depreciation

Advertisement
Experts believe this could worsen a lot more in the coming months, but some suggest that this is a “modest depreciation”.

A rise in crude oil prices due to the Russia-Ukraine war spells more trouble for the rupee and the Indian economy. While India’s central bank maintained that it won’t let a runaway decline in rupee take place, analysts predict that a fall to 81 a dollar is on the cards. For the average Indian, this could mean that a respite from inflation might take a lot longer than they would have hoped for.

“A grind higher for from here toward 80 in the next couple of months is not a big ask. Nor do I think ₹80 is a runaway depreciation by any metric. It’s a very modest adjustment of a currency with deteriorating fundamentals,” said Rohan Arora, emerging markets Asia strategist at UBS.

As per analysts, the underlying fundamentals of the Indian economy have deteriorated, which should be a bigger cause for concern for the government as well as us.

“We have been a little more bearish than consensus because we think the underlying balance of payments dynamics have deteriorated quite significantly,” said Divya Devesh, head of ASEAN and South Asia forex research at Standard Chartered, Singapore.

Overall, between Nomura, Standard Chartered and Bloomberg Economics, the rupee could fall to as low as ₹81 come November. It remains to be seen how well India’s central bank manages this, or if it is able to turnaround the Indian economy’s fortunes.
Advertisement

How does a falling rupee affect the common man?

Inflationary pressures and a declining value of rupee mean that everything we import in the country is now more expensive than before. While a declining rupee increases the value of exports, it similarly also increases the cost of imports.

Since India has a deficit of over $100 billion in foreign trade – where imports are higher than exports – and it is heavily dependent on import of crude oil, this creates a feedback loop wherein a declining rupee makes petrol and diesel more expensive, which also then increases the cost of everything else because goods need to be transported.

Essentially, for a common person like you and I, this can result in a consistently increasing negative impact on our savings.

What has triggered this fall in rupee?

It all started when the went in for quantitative easing – and printed trillions of dollars to keep its economy from crashing. The end result is that it – exported inflation to the rest of the world.

The US dollar is the world’s reserve currency – it means that the rest of the world uses US dollars which only one country prints.

The subsequent rise in inflation has forced central banks around the world to raise interest rates, thereby making it more expensive to borrow. This reduces the liquidity in the market, and people start reallocating their money towards more essential items.

The idea is to eventually balance demand and supply of commodities, which should bring prices back in control. The RBI’s current target is to maintain inflation in the 4-6% range. To do that, and also maintain the when international commodity prices are still high, is but a tightrope walk.

Indian corporates made a full comeback with $111 billion profits, but the same can’t be said for 2023 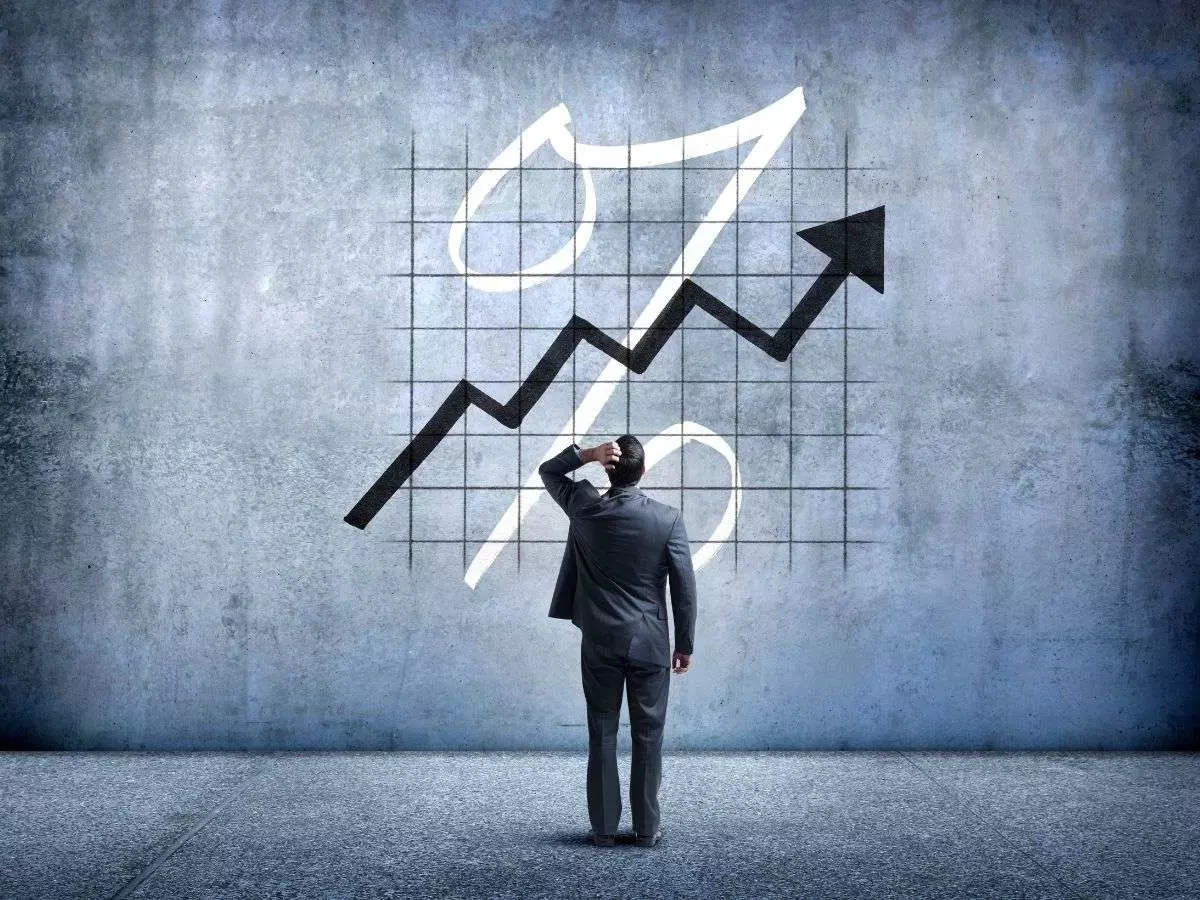 A rise in crude oil prices due to the Russia-Ukraine war spells more trouble for the rupee and the Indian economy. While India’s central bank maintained that it won’t let a runaway decline in rupee take place, analysts predict that a fall to 81 a dollar is on the cards. For the average Indian, this could mean that a respite from inflation might take a lot longer than they would have hoped for.
NewsletterSIMPLY PUT - where we join the dots to inform and inspire you. Sign up for a weekly brief collating many news items into one untangled thought delivered straight to your mailbox.
CAPTCHA: