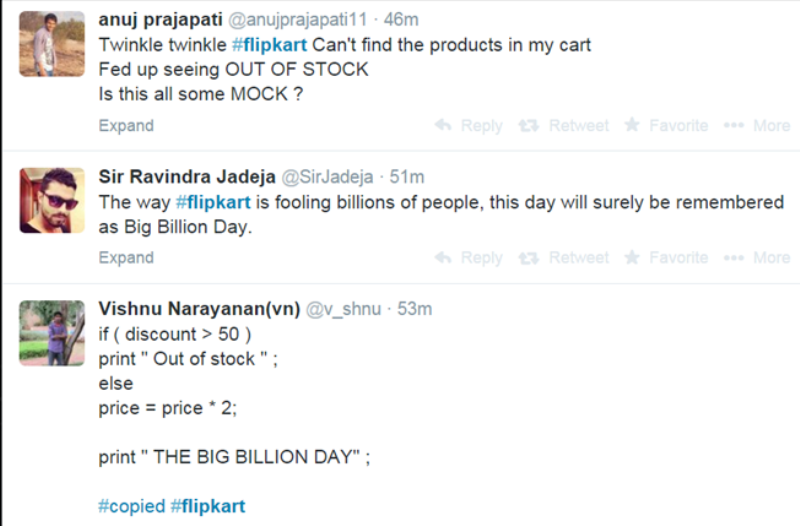 Sachin and Binny bansal’s Big Billion Day was a bubble waiting to burst. The sale that was touted as the biggest sale in India by shoppers across the country seems to have disappointed many. According to consumers shopping on Flipkart, the website has been facing several technical glitches, which ultimately led to the website crash.

The distressed shoppers took to Twitter and Facebook to express their disappointment. One such tweet @i_theindian read, “just in: even Rajinikanth failed to log-on to flipkart! #bigbillionday #flipkartsale #ullubanawing”. Similarly, another tweet by another customer read, “on #flipkart #bigbillionday I can only see billion error messages "500 server error, 502 that's an error" site's unusable. What's the point?”.

However, this may be just one of the miniscule problems for the e-tailer, who is also being criticized for not offering great deals. Many consumers have claimed that the discounts offered are not genuine. “#bigbillionday its not too late yet @flipkart ! to save all the dignity & respect you had earned, just start giving away some real steals :)”, tweeted a shopper.

Another such tweet read, “let me know if somebody is selling achhe din on #flipkart or #checksnapdealtoday or #bigbillionday too”.

Advertisement
Additionally, it is being alleged that eCommerce major has not offered deals that were advertised by it in the media. “The flipkart sale is as big a hoax. While the Moto series phones are on site as advertised, no other product is on discount as advertised. Some are out of stock, some aren't listed at all, and then the comparison sites tell that online prices of fashion products went up three days back to facilitate this sale. Be careful before you press that pay button,” ad man Naresh Gupta, managing partner of a leading creative agency , posted on Facebook. 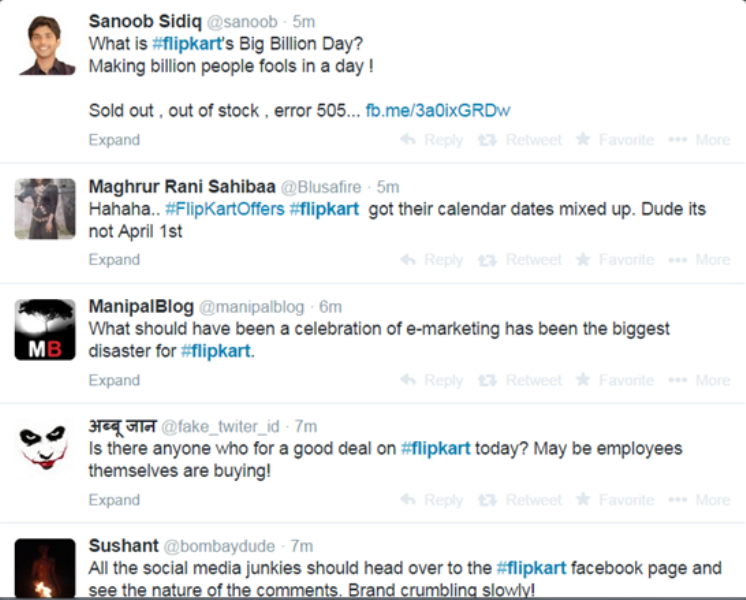 On the other hand, its rival has been faring well. Many of the consumers, who have been waiting for flipkart’s mega sale today, have moved to the online marketplace to shop. Chinmay Vaidya, another online shopper tweeted, “ ‏@snapdeal i hate @flipkart, let’s see what have you got #checksnapdealtoday”.

Advertisement
Reports have suggested that Flipkart has been heavily advertising for the day and made huge investments in the technology and logistics for Monday’s mega sale. The company has also put together nearly 10,000 people as its field staff to meet the delivery orders today. The sale started at 8 am in the morning and is expected to get over by midnight.
NewsletterSIMPLY PUT - where we join the dots to inform and inspire you. Sign up for a weekly brief collating many news items into one untangled thought delivered straight to your mailbox.
CAPTCHA: