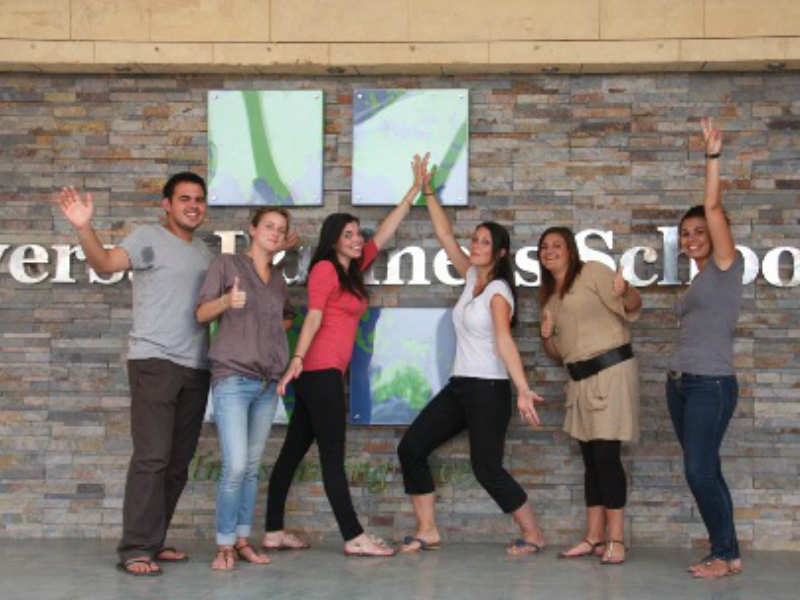 Advertisement
It&rsquo;s all happening at a time when the world doesn&rsquo;t know what exactly is happening. While , the president elect of the has maintained India in his good book, he has also promised the US citizens to get back the jobs that have been outsourced to India. At such a juncture, one thing is sure that the recruitment process for foreign students in the USA would surely take a hit. And so would be the international students&rsquo; entry in American universities.

Then which country should international students go to other than the USA. Well, the answer is India.

Tarun , Founder of told , India is an exciting new place with phenomenal diversity and opportunity to learn from.

&ldquo;They (foreigners) also have heard the Indian growth story and are attracted to the culture. As we are providing superior British quality education in India, it attracts them. They immerse themselves in the vibrant Indian culture and the fact that English is a widely used in communication, allows them to blend into the student community easily. Many of them want to settle in India which is a very interesting sign for the future. They also realise that when they go back looking for jobs they would stand out with their unique experiences in India,&rdquo; Anand said.

Universal has been set up by CEOs, who have headed multi-billion dollar multinational companies in over 100 countries.
Advertisement
Statistics suggest that the number of international students coming to India has gone up many folds. With a fee structure that is competitive and at times one &ndash;third of others, these privately funded premier business schools have students from countries like Germany, France, , UAE and the region, Russia, Egypt, South and even the USA.

So what are they studying in India? A country that boasts of great institutes of medical science, tech, management as well as general courses, subjects on demand are Business Management with a focus us on Marketing or , according to Anand.

&ldquo;Also one of the major reason for coming to India is the cost of living, which is 30% compared to Europe and this makes it extremely attractive destination,&rdquo; added the founder of .

So what about the students after completion of course?

Most of the students get Indian internships and get a flavour of working for Indian companies and then go back to their home country for work. The most amazing fact is they are the first to get jobs when they head back home as they have a unique perspective which makes them stand out.

Advertisement
However this fascinating story isn&rsquo;t without challenges. &ldquo;The current challenge is the registration process which is a bit cumbersome once they arrive in India. Also the work visa process is difficult to navigate. I believe that companies should be allowed to determine competitive wage levels which are mutually agreeable between the employee and the organisation,&rdquo; suggested Anand.

The existing bills that restrict foreign student entry into India needs to be modified. Thousands of International students go to China for this very purpose and now that the Chinese economy is slowing down with a potential hard landing it would be great to see the government proactively attracting global students.

&ldquo;We will get much needed foreign exchange and it will lead to Indian students staying back in India as they will get a multi cultural experience in India itself leading them to taking decisions to stay back in India. This will save a large part of the USD 5 billion leaving the country every year and the brain drain,&rdquo; Anand added.
NewsletterSIMPLY PUT - where we join the dots to inform and inspire you. Sign up for a weekly brief collating many news items into one untangled thought delivered straight to your mailbox.
CAPTCHA: