From one engineer to other, Sundar Pichai’s advice to students at IIT Kharagpur 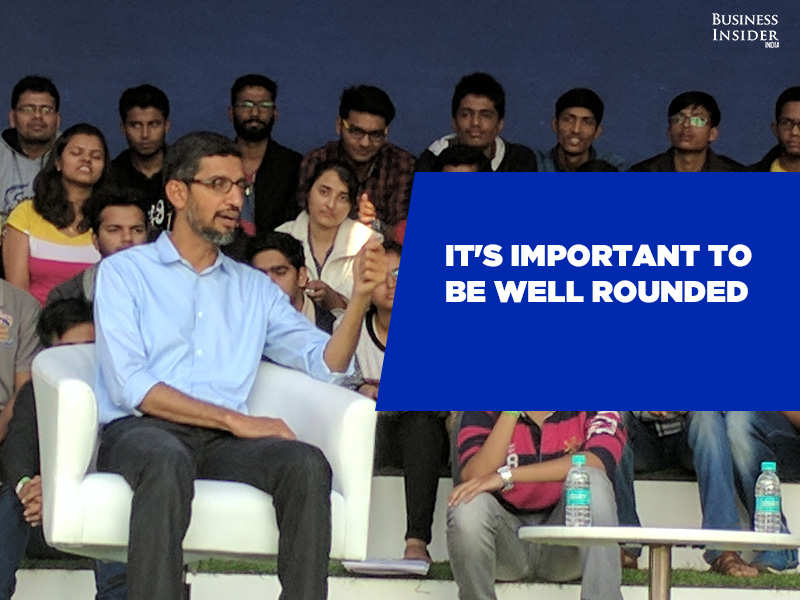 It was an event waiting to happen for a long time, CEO of Google visiting his Alma Mater, IIT Kharagpur. Apart from going to his dorm room which he said hadn’t changed at all since the time he graduated in 1993 to visiting the science lab where he spent countless hours during his four years of engineering he took the stage in the fully packed amphitheater and took seat right opposite to the side where he sat many a times when he was a student there, raising hands, asking questions, this time he was the one being asked the questions.

It was a familiar set up, a one on one with where he was being interviewed, just like the time he addressed the students of SRCC. While the previous time Pichai was interviewed by cricket commentator this time around Pichai sat across Harish Oberoi, CEO of and an engineer from . And of course as expected the conversations dived straight into what advice does Pichai have for the students of IIT Kharagpur. The students listened intently to every word he had to say switching from being in reverential awe to finding him extremely relatable. And Pichai’s advice to the students reflected his own personality, simple and effective.
NewsletterSIMPLY PUT - where we join the dots to inform and inspire you. Sign up for a weekly brief collating many news items into one untangled thought delivered straight to your mailbox.
CAPTCHA: