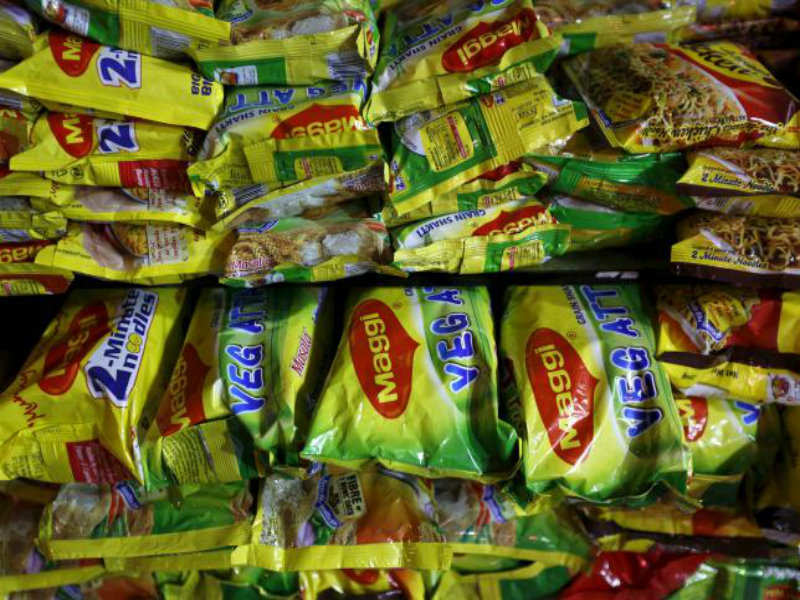 Advertisement
Weeks after India banned and ordered its manufacturer to pull thousands of packets from stores, the UK's (FSA) has found the product imported from India safe for consumption; says it does not contain excess of .

The food agency conducted tests on various samples as a precaution following a ban on the product in India, reported the Economic Times.

"The FSA can confirm that results from testing samples of Maggi Noodles in the UK have all found that levels of lead in the product is well within EU permissible levels and would not be a concern to consumers," the financial daily reported, quoting FSA on its website.

Sale of Maggi noodles were banned in India after the Food Safety and found lead beyond permissible limits and cases of mislabeling of monosodium glutamate content on the packet.

Meanwhile, Nestle informed the FSA that the only variety of Maggi Noodles imported into the UK from India was the 'masala flavour'. The FSA tested several flavours from the Maggi noodles range including the masala flavor and found the levels of lead to be well within 's permissible levels. It tested samples collected from Nestle, local and port authorities of the UK.
Advertisement
is also preparing a blueprint for a possible re-launch of the Maggi instant noodles. Experts feel the issue of the recall and ban on the noodles might be resolved in the next three to six months.

The recently allowed Nestle India to export Maggi noodles but did not lift the ban on its local sales.

A Nestle India spokesperson told ET: "We note that the UK Food Standards Agency cleared Maggi noodles after reviewing results from around 900 samples."

Its finding that "levels of lead in the product is well within EU permissible levels and would not be a concern to consumers comes after regulatory authorities in other countries including Singapore, Australia and also cleared the product", the spokesperson said.
(Image: Reuters)