GST to be rolled out by July 1. This is how it will be different from UK, Canada, other countries 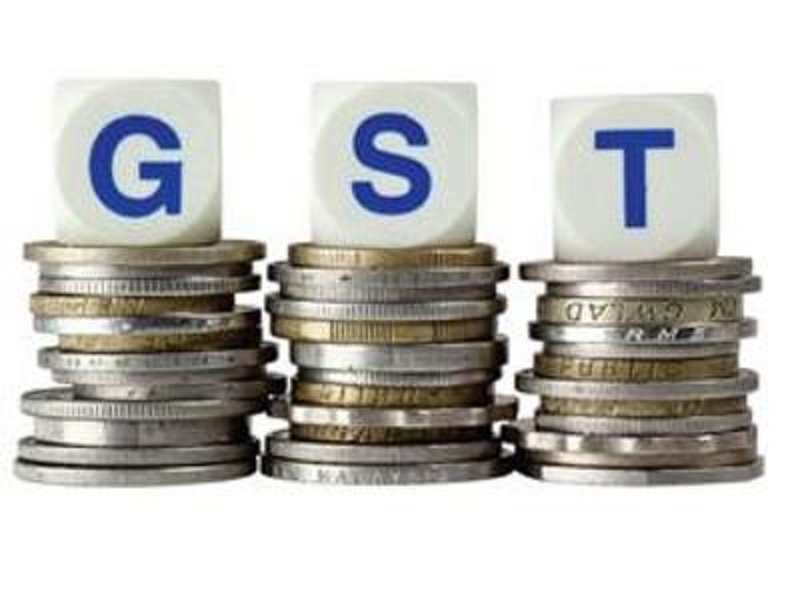 The Goods and is taking India by the storm. Touted to bring in the &ldquo;one nation one tax&rdquo; system, will unite indirect taxes under one umbrella and facilitate Indian businesses to become globally competitive. Though much has been said about the GST will make tax collection efficient, reduce corruption and make inter-state movement of goods etc. easier, it is not the first time a tax law like this is being implemented anywhere in the world.

France was the first country to implement GST in 1954, in order to reduce tax evasion.

Since then, more than 140 countries have implemented GST with some countries preferring the dual-GST model (e.g. Brazil, Canada). India, too, has chosen the Canadian model of dual-GST.

Advertisement
The United States does not have a unified tax model alike GST, with the states following their own taxes.

Now that we know a little about the history of the unified tax model, let us compare the Indian GST with that of some other countries- 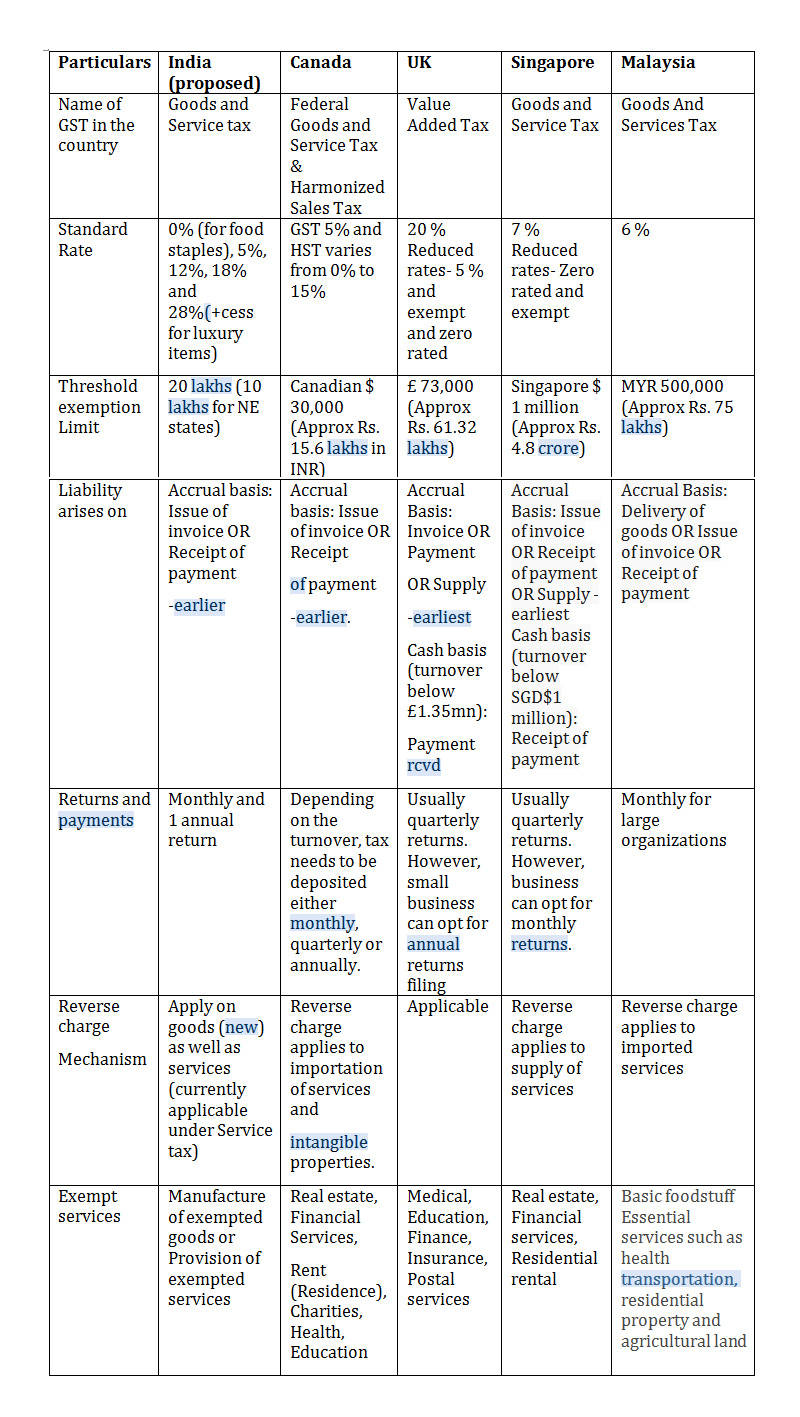 Looking at the chart above, it is easy to deduce that the GST model across the commonwealth countries are similar, with some variations. The biggest differences in GST in India vis a vis GST with other countries are -

Most countries have implemented the &lsquo;ideal GST&rsquo;, with all indirect taxes grouped as one. India, however, is going to implement dual GST with separate central and state components, further complicating the process. This is why the whole concept of SGST, CGST and IGST (for inter-state sales) have been brought in. While this is a shade more intricate than the alternative ideal GST, it could get even more complicated if the states and the Centre come to loggerheads over a certain issue.
Advertisement

GST rates are typically between 16 per cent and 20 per cent worldwide. Lower rates can help bring down tax evasion, thus benefitting the economy in the long run. As Arun Jaitley has said &ldquo;What you need is a broader base of economy, for which you need a lower level of taxation.&rdquo; The governments in other countries started with very low rates of GST, which the Indian politicians are not willing to start with. Singapore started with the lowest GST rate of 3% in the world, in 1994, and gradually increased it to a maximum of 8% over the years. To counter , the Singapore government had simultaneously cut down income tax rates (both at the individual and corporate levels), so that the public had more money in hand.

The Indian council&rsquo;s proposed four-tier GST tax structure of 5%, 12%, 18% and 28%, while efficient, can also prove to be regressive - especially for low income workers or pensioners.
Advertisement

No measures yet to check inflation

Inflation is a direct effect of any massive change in the tax system - a reason why it is important for Indian administrators to keep tabs on prices post July. Singapore, for instance, saw a hike in inflation when it introduced GST in 1994 but the country was able to control the risk to due to efficient price control measures administered by their Ministry.

India can consider doing what Singapore and many other countries have done: initiate anti-profiteering laws at the retail level to protect consumers from price swindling. The GST council&rsquo;s recent decision to bring in anti-profiteering measures should help in this regard, but there are still no concrete schemes we can look forward to, which is honestly, a little worrisome.
Advertisement

SMEs and large organizations will now be at par

The Indian GST places SMEs and large organizations at par by keeping the exemption threshold very low (Rs. 20 lakhs) without any tax differentiation. While large corporations have the resources to invest, change their systems and get ready for GST, it will be daunting for SMEs considering their limited resources. Our comparison chart above shows that most countries following GST have a much higher threshold limit.

Although composition levy will be available, there are many disadvantages to it such as lack of input tax credit, no taxable invoices etc. which will deter many from availing such schemes.
Advertisement

No GST for alcohol and petroleum products

Alcohol and petroleum products are being kept outside the purview of GST, with each state free to set its own rates. These sectors constitute about 40% of a state&rsquo;s revenue and being left out of GST may reduce a state&rsquo;s tax earnings. Also, input credit will not be available for the manufacturers using alcohol and petroleum products thus increasing the costs for the end consumer.

There&rsquo;s no surefire way to reduce the initial teething troubles India will face while transitioning to GST. Despite hurdles, the countries following GST have found that it reduces much of the compliance burden and double-taxation.

In the long run, GST stands to be beneficial to both businesses and the country&rsquo;s economy, but it remains to be seen if the benefits mentioned on paper will translate into real-life advantages too.

(The article is authored by Archit Gupta, Founder & CEO ClearTax.com)
NewsletterSIMPLY PUT - where we join the dots to inform and inspire you. Sign up for a weekly brief collating many news items into one untangled thought delivered straight to your mailbox.
CAPTCHA: