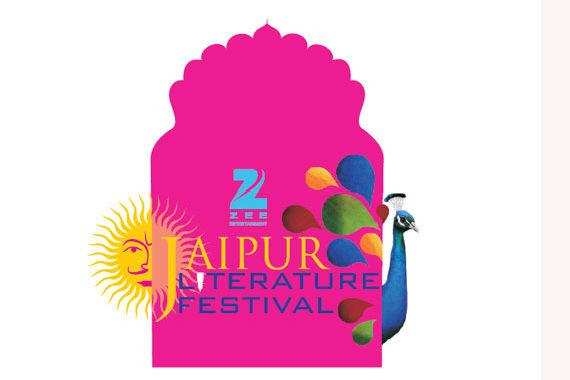 The air is crisp and it is the perfect weather to cozy up with a book and maybe brave the chilly winds to attend literary fests in the comfortable winter sun.

ZEE JLF exclusively shared the shortlist of all the amazing books and authors discovered and loved over the 10 years of the Festival starting 2006 for you to play catch-up to, with .

There are of course categories over which the favorites have been divided and here they are:

Advertisement
-Sophia: Princess, Suffragette, Revolutionary by , which looks at the life of an Indian princess and goddaughter of Queen who went on to become a leading figure in the British suffragette movement.

-The Reader: As If Women Matter, a compilation of the feminist icon's writing; two books discussing sexuality and gender in the Middle East.

-Headscarves and Hymens: Why the Middles East Needs a Sexual Revolution by and Sex and the Citadel by , which offer a provocative and revealing look into this touchy issue.

- Postmodern feminist classic The Handmaid's Tale by the brilliant

-'We Should All Be Feminists' by , which was featured in Beyonce's 'Flawless' and is required reading in Swedish schools.

Advertisement
ALSO READ: Exclusive: What India Read Through Flipkart in 2016

2) Memoirs - Known to inspire the most latent of dreams, learning from the experiences and challenges of others.

-Drawing Blood; In Other Words by , a nuanced look into learning and writing in Italian.

-Jerry Pinto's Em and the Big Hoom, an autobiographical work of fiction of a boy's account of life with his mentally ill mother.

3) Hindi and writers - Instrumental in shaping the outlook of the regional literature. Some of the Festival team's favorite books include:

-Saadat Hasan Manto, an Urdu writer seen by many as a master of the short story.

- The Mirror of Beauty, originally published in Urdu, is an epic novel set in the last days of the Mughal empire.

Advertisement
-Abdullah Hussein&rsquo;s The Weary Generations, an instant bestseller in Urdu, now in its 40th edition and one that&rsquo;s never been out of print.

4) African literature- Moving across seas to the literary genius of , they explored the continent to bring out prominent writers:

-Taiye Selasi's debut Ghana Must Go chronicles the lives of a Ghanaian-Nigerian family across generations and continents.

- The brilliant Half of a Yellow Sun by .

- African Psycho by Congolese writer , described by as the 'prince of absurd'.

-Open City, the bestselling debut by Teju Cole who's been hailed as &lsquo;the WG Sebald of the 21st century&rsquo;.

ALSO READ: India&rsquo;s largest youth festival, The Under 25 summit is going to have a Food train!

5) Non-fiction- Chronicling real events and places, often more bizarre and unique than imagination itself, is a talent not bestowed to all.:

Advertisement
-Maximum City by offers a revealing portrait of .

-Raghu Karnad's spectacular debut Farthest Field explores the often overlooked role of Indian soldiers in WW2 through the lives of his grandfather and grand-uncles.

-The award-winning Behind the Beautiful Forevers by is another searingly honest look into Mumbai.

-Jerusalem: The Biography by bestselling writer and historian .

-Peter Frankopan's fascinating The Roads: A New History of the World

Advertisement
- 's Return of a King: The Battle for , winner of the Hemingway Prize and in 2015.

ALSO READ: EXCLUSIVE: Shashi Tharoor talks about his fears related to demonetization and the Paris Agreement

This year, the Festival, which opens from January 19 to 23, 2017, has its speaker&rsquo;s table going full force with participation from noteworthy names, such as Man winners Paul Beatty, Richard Flanagan and , prolific Indian-American writer , famed writer S.L. Bhyrappa, poets Anne Waldman, Gulzar, and and politician and polymath .