Here’s what Ola, Uber have to say as protests by drivers refuse to die down 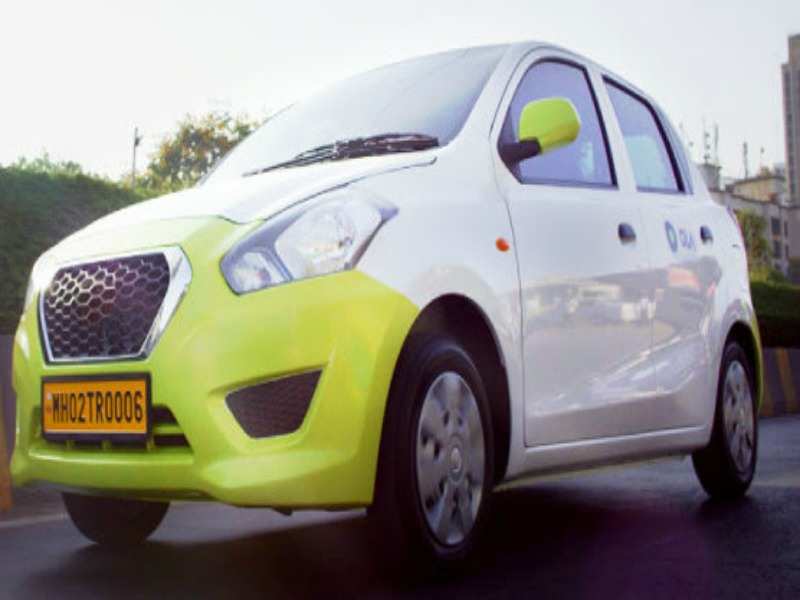 Trouble seems to be mounting on cab aggregators with the protests by , Uber drivers in Delhi-NCR gathering more steam as it enters its fifth day today.

What&rsquo;s more worrying is that , one of the groups leading the protests, has reiterated that the indefinite strike will continue until all demands are addressed by the app-based cab aggregators or the Delhi government. The Union claims to be representing the plight of 1.5 lakh of drivers in Delhi, Noida, Ghaziabad, Faridabad, Gurugram and other cities.

Earlier last week, thousands of drivers gathered at Janpath in the national capital for their indefinite strike against &quot;unfair low fares fixed by companies&quot; and &quot;lack of basic amenities&rdquo; from Ola and Uber. They alleged that as against Rs 30,000 they had been taking home monthly when they started driving the cabs, they are only able to make Rs 4,000 monthly for themselves and that too, despite working 18-20 hours.
Several protesters angrily accused the cab aggregators of falsely luring them to buy cars by making financing easy and convincing them that they would earn more money than they have been from their existing sources of income.
Advertisement

Hailing from economically weak backgrounds, several drivers sold off their property or jewelry and other assets to arrange the money for down payment. However, after the cab aggregators
recently fixed the price at Rs 6/km (25% commission of which goes to Ola and Uber), the drivers alleged they get approximately Rs 4/km. A few drivers from the Union also alleged that despite being in the same area, Ola and Uber&rsquo;s own fleet of cars have been getting more bookings than them as a result of which it has become difficult for them to meet their targets.

With Rs 4,000 left in hand, drivers say they are unable to meet all their family expenses. There isn&rsquo;t enough money to repay loans and owing to bouncing cheques, the situation has worsened with financers even confiscating cars.

At Janpath, one of the protesters alleged, &ldquo;We were better off before becoming Ola, Uber drivers. We had some arrangements even then. We were surviving and meeting our daily needs. Now, we are left with nothing. Where should we go? We will continue the strike till our demands are met.&rdquo;
​
Advertisement
Due to the protests, commuters have been left worst affected with no cabs in their vicinity. While on Ola's app, there were no cabs available at times during evening peak hours, Uber's app showed taxis with inflated fares on a few routes. Meanwhile, the companies have been resorting to surge pricing during peak hours in both morning and evening since the strike has begun.

What Ola, Uber have to say
Ola said that they&rsquo;re doing their best to get more taxis on the road and working closely with local authorities to end the strike.
&ldquo;Offering a seamless mobility experience has always been our priority. We are concerned about the inconvenience being caused to some of our customers across Delhi-NCR over the last few days. We&rsquo;d like to reassure them that we are working closely with the local authorities to resolve the issue at the earliest,&quot; an Ola spokesperson said.
Meanwhile, Uber also claimed it is also working closely with the government and trying to make sure that their driver partners are safe while they are on the road.

&ldquo;We welcome this court order, which prohibits unions, their leaders and anybody else from obstructing the activities of Uber driver partners as they go about their business. We hope it will enable drivers to get back behind the wheel, something many have been telling us they wish to do. We're sorry that our service has been disrupted and for any inconvenience, this has caused to our customers&rdquo; a spokesperson from Uber said.

ALSO READ: Here's how Uber is letting you earn from its platform 'UberDost'
Advertisement

Even as the strikes may have left Ola and Uber in a fix, quite predictably, they are concerned about retaining their customer base. Drivers meanwhile have been left in a lurch, knocking on every door possible to get justice. It remains to be seen whether this long-standing impasse between drivers and cab aggregators will see a logical conclusion anytime soon.