For the first time in the city's history, riot police used tear gas and smoke bombs inside the Legislative Council building to beat back protesters trying to storm the premises after camping outside overnight and taking over all access roads to the Admiralty compound in the morning.

US President Donald Trump spoke to reporters at the White House about Sunday's mass rally against the bill. "That was a million people," he said, citing organisers' estimates. "That was as big a demonstration as I've ever seen."

Advertisement
Trump had an reassuring message as well, saying: "I hope it all works out for China and for Hong Kong [...] I understand the reason for the demonstration but I'm sure they'll be able to work it out."

Students and youths were back with a vengeance - this time seemingly more organised and prepared for the showdown, with face masks, goggles and makeshift body armour, their actions coordinated spontaneously on the ground and through encrypted messaging. 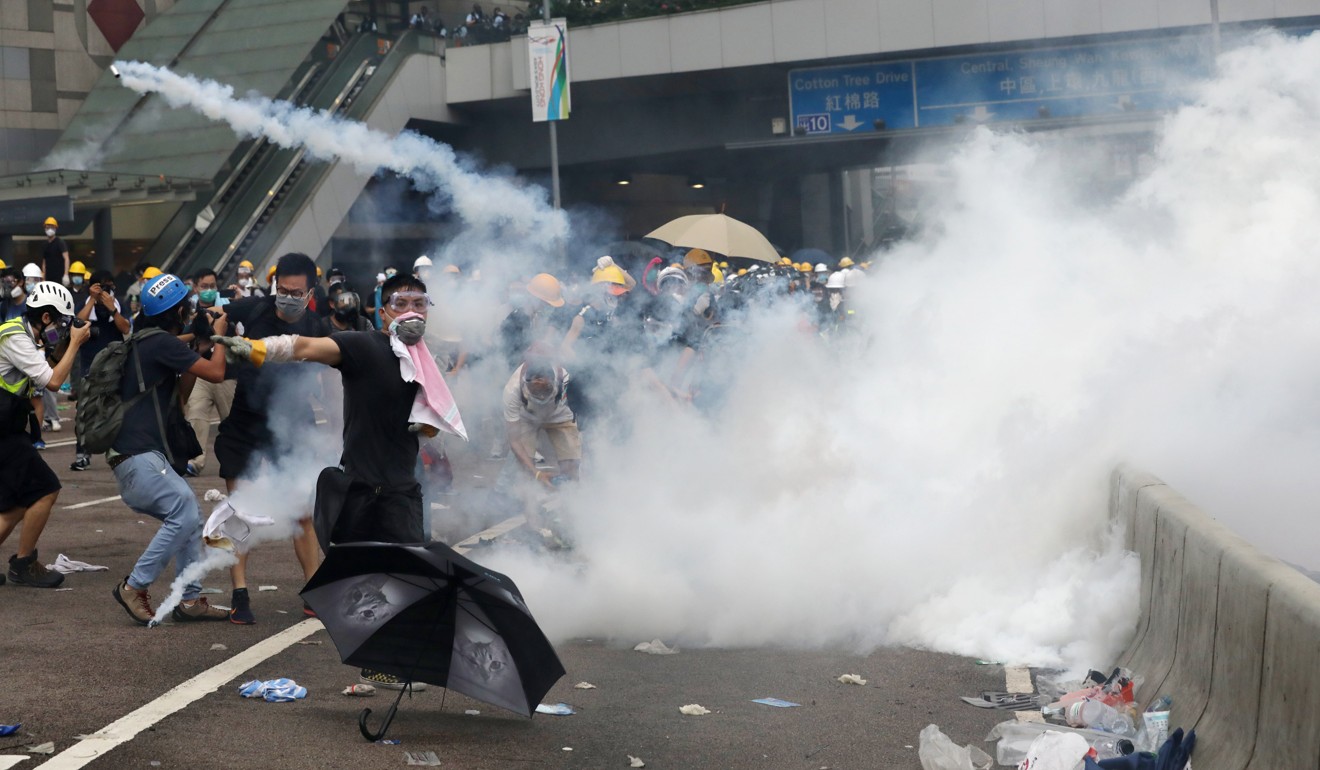 Advertisement
Umbrellas were also back as protection from pepper spray and batons, as protesters repeatedly charged police lines in scenes reminiscent of - and even more intense than - the Occupy protests of 2014, when demonstrators demanding greater democracy brought key parts of Hong Kong to a standstill for 79 straight days.

More than 70 people were injured in the clashes, including protesters, police officers and journalists.

"Withdraw!" was the slogan of the day, urging Chief Executive Carrie Lam Cheng Yuet-ngor to shelve the bill at the centre of the storm. The proposed legislation would allow the transfer of fugitive suspects to mainland China and other jurisdictions that the city has no extradition deal with.

Advertisement
The violence prompted Legco president Andrew Leung Kwan-yuen, who had set the stage for the bill to be passed by the pro-establishment majority in the legislature as early as next Thursday, to cancel Wednesday's scheduled second reading.

The city's No 2 official, Chief Secretary Matthew Cheung Kin-chung, first issued a video message urging protesters to disperse, while the chief executive did not mince words as she followed up with her own video statement at night to appeal for calm and condemn the violence and chaos.

"Clearly, this was no longer a peaceful assembly, but the public and organised instigation of a riot. This could not be an act that shows love for Hong Kong," she said.

Advertisement
"Some people resorted to dangerous, or even potentially fatal, acts. These include arson, using sharpened iron bars and hurling bricks to attack police officers, as well as destroying public facilities." In an interview recorded earlier with broadcaster TVB, a tearful Lam rejected her critics' accusations that she was "betraying Hong Kong" by bulldozing the bill through the legislature.

Advertisement
"To say I have sold out Hong Kong, how could I have? I grew up here with all other Hongkongers. My love for this place has prompted me to make many personal sacrifices," she said.

"They used very dangerous weapons, like sharpened metal bars, and throwing barricades and bricks at us," Lo said, describing it as a riot. "These acts are very dangerous and can kill people."

Advertisement
While protesters accused police of using excessive force, and even some government officials privately questioned whether they had failed to take adequate action to start off with, Lo insisted his officers had it under control and did not require help from the city's People's Liberation Army garrison.

"There is no need at this moment. We are confident and believe we are capable of controlling the situation," he said. Advertisement
In Beijing, foreign ministry spokesman Geng Shuang dismissed rumours that the PLA could be brought in for the first time.

"I can clearly tell you that this is a fallacy being spread to deceive people and create panic," he said.

Advertisement
More than 5,000 officers had been deployed since Tuesday night, working 12-hour shifts in anticipation of trouble, and hundreds more were brought in to clear the road blockades and drive the crowds away. After multiple clashes that saw police using rubber bullets and beanbag rounds for the first time against demonstrators, the riot squads managed to chase most of the protesters to Queensway, where hundreds regrouped outside the Pacific Place shopping centre and became locked in a stand-off with police into the night.

Hundreds spilled out onto Hennessy Road, while others made a stand on Connaught Road, bringing traffic to a standstill between Admiralty and Central at the heart of the city's business hub.

Advertisement
By about 1am, however, there were only some dozens of protesters left on the section of Harcourt Road that had teemed with thousands just two hours earlier. But the barriers meant there was still no way through for vehicles. 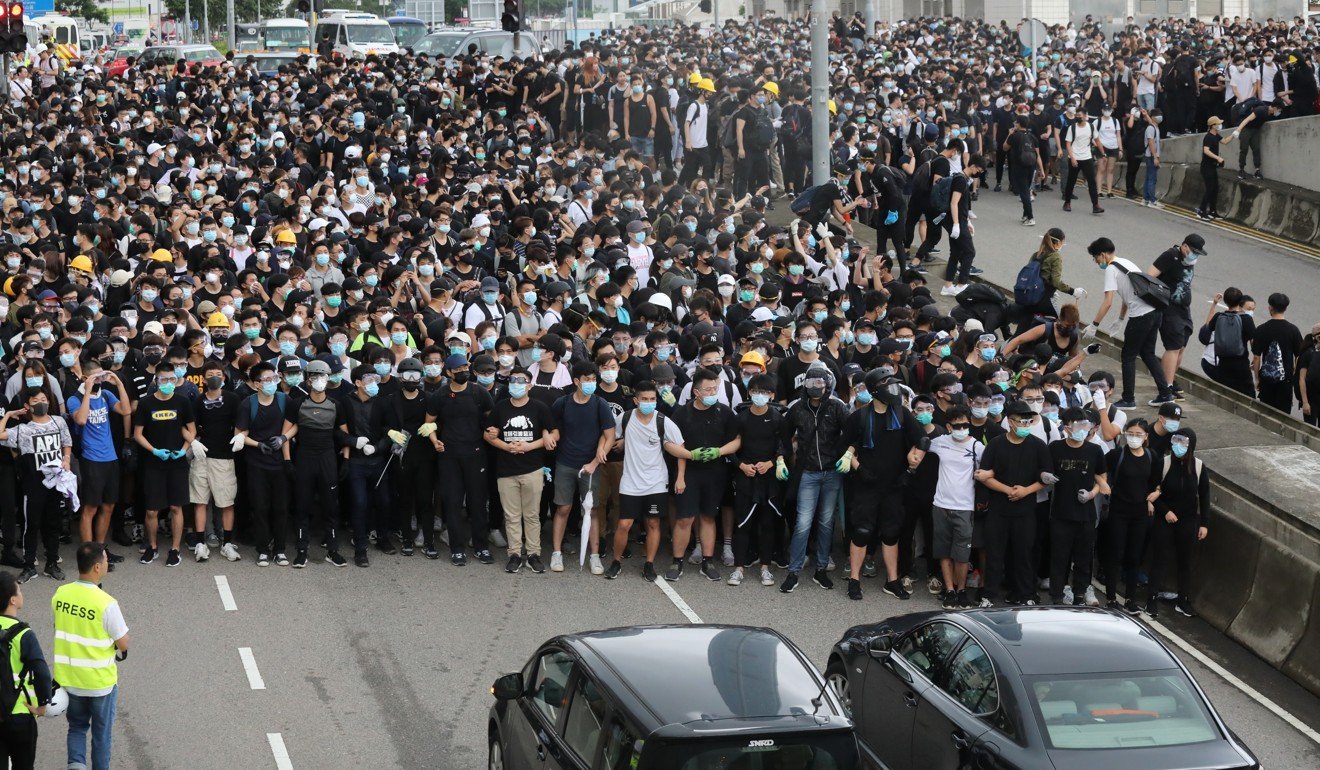 While there was no sign of pro-establishment lawmakers on Wednesday, their opposition rivals held a press conference to ramp up their demands for the bill to be shelved, with Democratic Party chairman Wu Chi-wai warning of a further escalation if Lam did not give in.

Advertisement
"More and more Hongkongers are willing to pay any price to safeguard the core values of the city," he said.

Galvanised by the massive turnout during last Sunday's anti-extradition bill rally - more than a million, according to organisers - youths on the streets were out to show solidarity as well as defiance on Wednesday.

University student Ricky Chow, 22, was helping run a supply station during the day for protesters at the junction of Harcourt Road and Tim Mei Avenue. 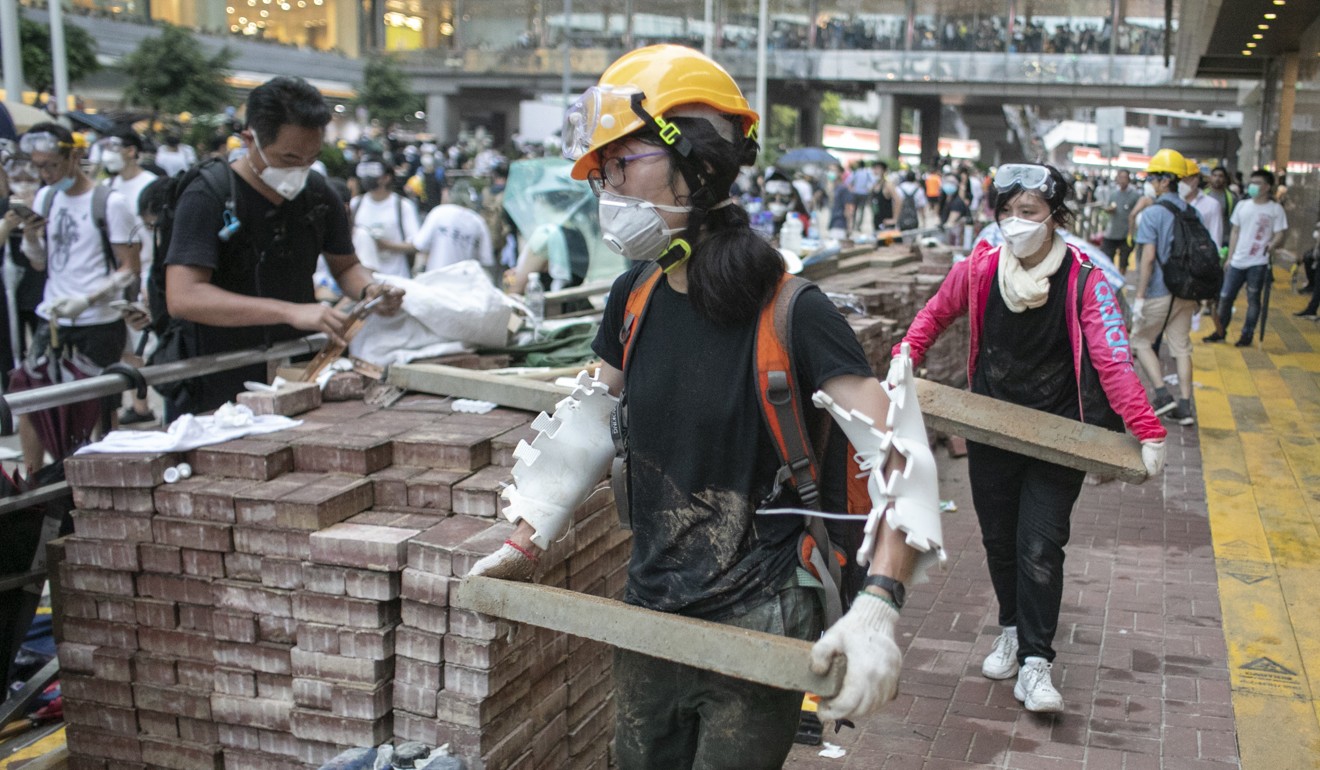 "As a student and a citizen, I think I am obliged to help," he said.

Community leaders, religious groups and professional organisations added their voices to the calls for calm, urging the Lam administration to withdraw the bill and defuse public anger.

Advertisement
One group of former political appointees to the government, including former labour and welfare minister Stephen Sui Wai-keung, sent an open letter to the chief executive, appealing to her to "create room for rational discussion on the bill in the community". 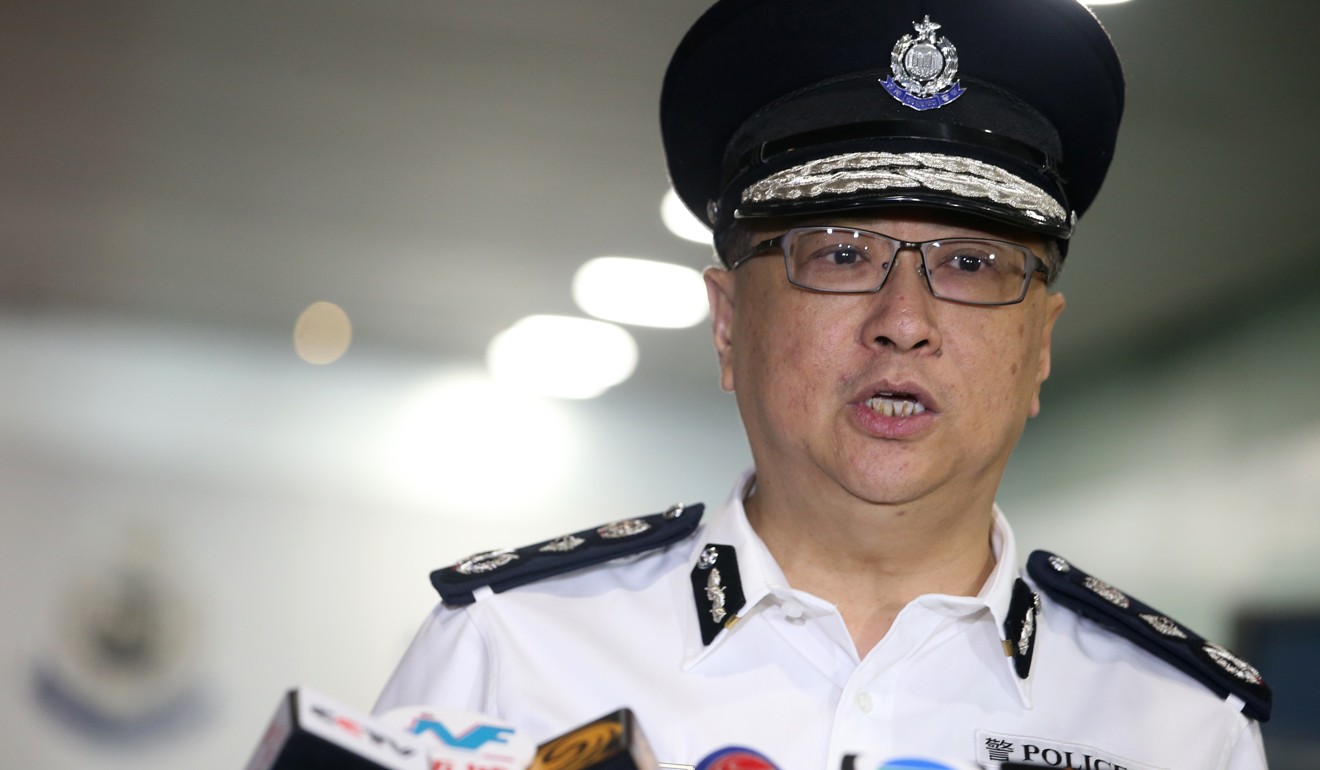 Advertisement
Protestant, Catholic, Muslim and Buddhist leaders issued a joint statement, saying: "Society has been seriously divided over the extradition bill. We hope the government and the public will seek common ground while reconciling differences."

But with Lam's government doubling down on the bill, and Beijing highly unlikely to back off in the face of what it has characterised as a direct challenge by foreign governments to China's sovereignty over Hong Kong, the crisis looks set to continue.