SCMP
Apr 3, 2019, 09:40 IST
For well over a century, the US was known for its telecommunications prowess - first for the invention of the single-wire telegraph, and then for Alexander Graham Bell's invention of the modern-day telephone in the 1800s. Bell went on to found the American Telephone and Telegraph Company (known today as AT&T), which became one of the world's largest telecommunications firms.

But as 2020 draws near and the world is on the cusp of ultra-fast 5G networks, the US has found itself without a telecommunications hardware champion that can compete with major 5G players such as China's Huawei Technologies, Finland's Nokia and 's Ericsson.

The fifth-generation wireless networks are expected to revolutionise everything from the internet of things to autonomous driving and virtual reality, with billions of dollars in economic benefit brought to countries that are able to keep up with the technology.
Advertisement Instead, in recent years the US has clashed with China on trade and tech issues and moved to discourage other countries from using Huawei's 5G gear in their networks, in the hopes that the equipment can be supplied by companies from friendlier nations.

The US has accused Huawei of ties to the Chinese government and warned allies that its equipment could be used for Chinese intelligence - claims that Huawei strenuously denies. Guo Ping, rotating chairman at Huawei, in turn recently taunted the US as a "sore loser" whose attempts to restrain Huawei were like "abandoning all table manners".

Pressure from the US on its allies has mostly fallen on deaf ears - last month, the refused to ban Huawei outright, telling members that they were responsible for assessing network risks.

Advertisement
But as the US continues its battle against Huawei, it is also anxious about keeping up in technology innovation. In February, the US Senate Commerce Committee held a hearing titled "Winning the Race to 5G and the Era of Technology Innovation in the United States", to discuss what policies are required to accelerate the deployment of 5G to keep America "competitive on the stage".

Huawei challenges rivals to open their source codes for testing

"To realise all of these benefits fully, US must win the global race to 5G," said Roger Wicker, US senator and chairman of the Committee on Commerce, Science and Transportation. "Failing to win the race in 5G ... will forever reduce the economic and societal gains from leading the world in technology."
Advertisement In the absence of a local 5G equipment champion, US telcos, including AT&T, Verizon and Sprint have announced they will be working with Nokia and Ericsson and 's Samsung as their 5G suppliers.

How exactly did the US go from being the leader of modern telephony to also-ran within a matter of decades, allowing a Chinese company to become the 5G leader today?

Experts and former employees in the telecommunications industry in the US point to the confluence of several factors that ultimately led to the downfall of the US telecoms industry, including the lack of national mobile standards and deregulation of the industry in 1996.
Advertisement Europe had already mandated the use of the GSM mobile network standard in 1987. US regulators, however, allowed carriers to go with whatever mobile standard they preferred.

US carriers Verizon and Sprint chose to offer services using the CDMA transmission standard, developed by US firm Motorola - which operates on different frequencies than GSM, which AT&T and T-Mobile adopted.

UK chides Huawei for security flaws, but rules out Chinese state interference
Advertisement Consumers who subscribed to a Verizon carrier, for example, would likely have to switch handsets if they wanted to change providers as a device configured for CDMA might not run on a network supporting GSM.

"In the US there were wireless networks like TDMA, CDMA and GSM, and any carrier could choose any of those if they thought that it would be best for their own growth plan ... the US was like the Wild West," said Thomas J. Lauria, a former AT&T employee, telecoms analyst as well as the author of the book The Fall of Telecom.

"Europe managed itself more contiguously than the US, they did not have a lot of disparate networks and picked the [GSM] standard that everyone had to agree to."
Advertisement 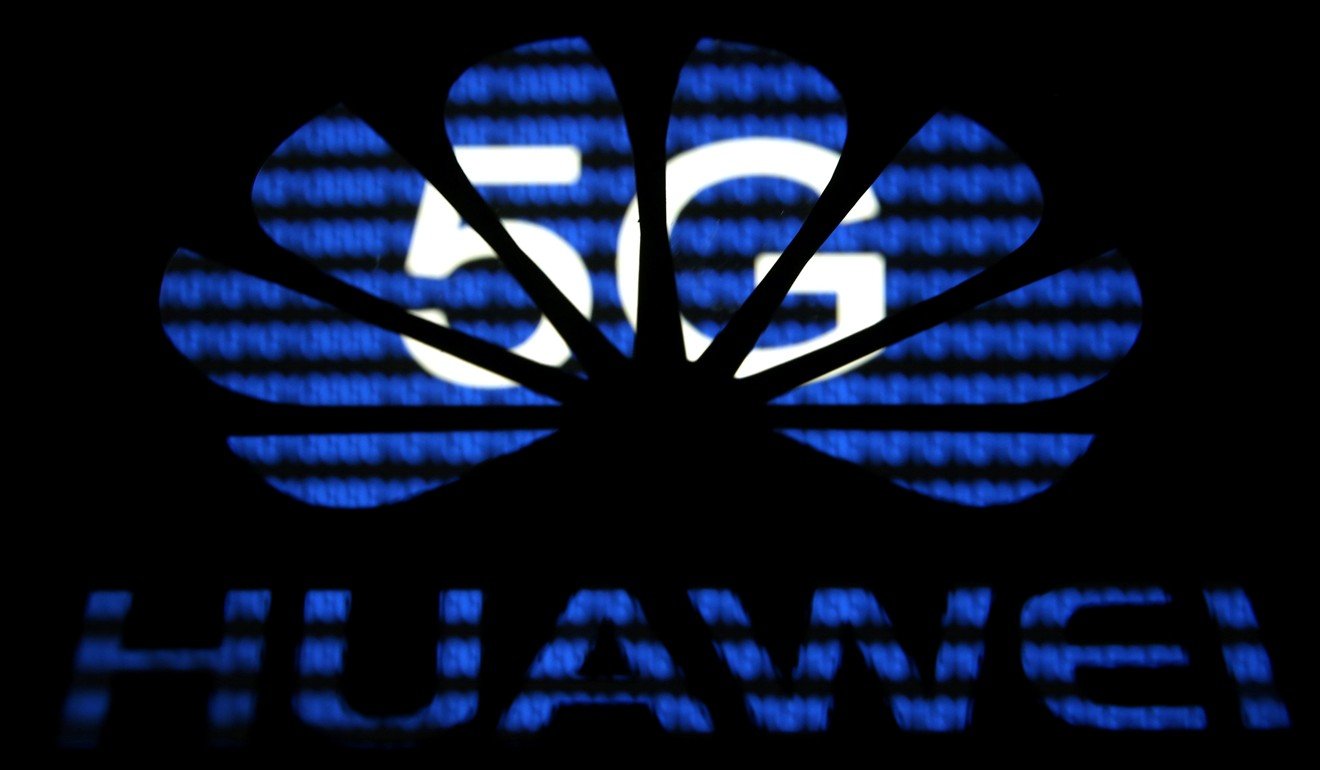 The existence of multiple transmissions standards in one market was further encouraged by the deregulation of the US industry under the Telecommunications Act of 1996, in which the US opened up the market, removing the monopoly that AT&T had on phone services and allowing smaller carriers to sprout.

The entry of multiple service providers, all of whom were free to adopt different standards, was at the beginning viewed as beneficial for consumers and the industry as a whole. AT&T spun off its equipment division into what became known as Lucent Technologies, which thereafter listed on the New York Stock Exchange and raised US$3 billion in its initial public offering - then the largest ever in American history.
Advertisement Lucent's revenues grew rapidly by providing new entrants with networking equipment, and initially offered a variety of products compatible with different transmission standards, including CDMA, TDMA, GSM and AMPS.

But multiple standards also meant that it was difficult to achieve economies of scale, so Lucent eventually bet on CDMA and UMTS (as opposed to WCDMA, which was adopted by much of the rest of the world) - neither of which took off in Europe and most of Asia, costing it expansion opportunities in international markets.

US braces for 5G world largely built with gear from China's Huawei
Advertisement "The US vendors were not convinced that GSM would become a global standard," said Bengt Nordstrom, chief executive of Stockholm-based consultancy Northstream. "Instead, they supported all the technical standards in the US for their customers there. In many aspects, the era from the early 1990s to mid 2000s was lost time for the US mobile industry."

"From a US perspective and mentality, it is hard to understand why a technology not coming from the US should be better," he added.

After the initial boom in the mobile industry following deregulation, the telecommunications industry began to decline from 2001 as growth started to plateau for both large and small mobile carriers. Investors also decided to bet on more established companies after some stock market uncertainty, and some smaller carriers went bust.
Advertisement

For equipment providers like Lucent and Motorola, which had provided financing to some customers to buy equipment - a common industry practice - the slowdown hit hard. Some carriers were unable to make repayments on time, adversely impacting balance sheets on both sides.

In one case, Lucent had to write off US$700 million in bad debts after providing US$2 billion in financing to WinStar Wireless, which went bankrupt in 2001.
Advertisement Ardern makes progress in China, but does Huawei have cause for optimism?

Lucent was also brought down by a string of mergers and acquisitions that it did not successfully integrate into the business. Eventually, the US company merged with France's Alcatel to become Alcatel-Lucent in 2006. A decade later, Nokia acquired Alcatel-Lucent and merged it into its Nokia Networks division.

Motorola, which like Lucent was once a major US network equipment maker, eventually also had its wireless network infrastructure assets acquired by Nokia.
Advertisement It was around the same time that Huawei, then a scrappy upstart based out of Shenzhen, was able to expand globally, initially offering its networking equipment at cheaper prices to international customers in emerging countries as a way to gain a foothold outside China.

By focusing on customer service and investing heavily in research and development, Huawei has today established itself as one of the major equipment providers for 5G.
Advertisement To be sure, the US still has a major telecommunications firm - , with sales of US$49.3 billion in 2018 compared to US$100 billion for Huawei, which includes sales of its own brand smartphones.

However, most of Cisco's sales come from providing infrastructure platforms for enterprise customers, whereas Huawei, Nokia and Ericsson provide equipment for core telecommunications networks.
Advertisement "I look back on it with sadness, that we had these great, large manufacturers and now I can't even find them on the map," said Lauria, the telecoms analyst who had worked for AT&T. "It's sad, as an American, looking at it and thinking, 'What happened to our industry?'"

"We created it, we built it, and we exported it - now people aren't really focused on the innovation that we did. Instead they remember us for our downfall."

Next StoryGoogle India head Rajan Anandan quits to join VC firm Sequoia
Popular on BI
1
How much Deloitte, KPMG, EY, and PwC accountants and consultants make, from entry level to executive roles
2
Apple and Google just got sued by the maker of the hugely popular video game 'Fortnite' over their app store policies. Here's what you need to know about the major antitrust battle it reignited.
3
I left a career in sports television to become a writer. Here's how I made the first year a success — and what I wish people people knew about freelancing.
Latest Stories
Trending News
Google India head Rajan Anandan quits to join VC firm Sequoia
A lot of money is flowing into making 'smart' billing machines in India
India's Supreme Court order against the RBI will be a huge relief for 75 borrowers with loans worth over ₹2.4 trillion
Popular Categories
Trending Right Now
More from our Partners