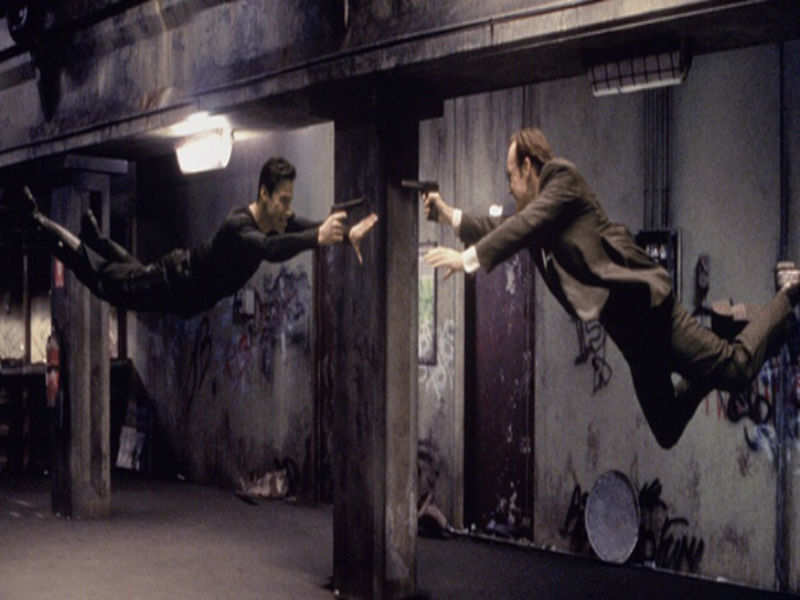 Advertisement
The 1999 sci-fi thriller ‘The Matrix’ might just be a reality very soon.

Kevin Ho, President of ’s handest line, said that the future is closer than we think at in Shanghai, China.

“What would people from ancient society think knowing that we can fly”, Ho asked the crowd.

Calling it ‘the scary index’, Ho explained just how scary modern life would be to someone from a different era.

The rate of change has accelerated in recent years, Ho explained, meaning that what might be possible in just a few short decades may blow up your mind right now.
Advertisement

“In the future, there will be another you living in the parallel digital world.”

A digital world exists in parallel to the real world today, he explained. In the present, the two work mostly hand in hand. Dramatic increases in processing power and storage and connectivity will diverge the two.

This is what technology would do to us. Purchase the right upgrades and you can enable or transform your virtual self with all sorts of features. Ho called it “spiritual immortality”, and we could get there by 2025, or maybe 2040.

For this stellar connectivity and dramatically increased access speed will be necessary. Ho estimated a 3,000 Gpbs peak connection speed in 40, up from 1Gbps right now, and 15,000 zetabytes of data storage worldwide, up from 10 today. Artificial intelligence will continue to take steps forward. Ho also emphasised the need for increased vigilance on the security front.

All of these areas are fields into which the company is pouring its R&D efforts and dollars. There are 4.5 billion connections to the internet right now; there will be 100 billion by 2025, and 100 trillion by 40. Likewise, there are about two IoT devices per person today. There will be 256 by 2025, he claimed, and as many as 1,000 per person in 2040.
Advertisement

Ho’s vision is about which technology can better life for human beings. What would life be like with such advancement?

Huawei has invested $37 billion in R&D over the last 10 years to find some answers, he said. Everyone wants a part of the smarthome, Ho acknowledged. But progress has been slow.

The company is working with many technology partners to build open platforms for the future. Huawei also is investigating health, the smart home, sports and medicine and more.

One surprise: an investment in the space, and the artificial intelligence that will make it possible. The company is working with several very well known companies, he said, Volkswagen is one of them.

There’s VR and AR as well. Huawei recently launched an open platform that they are talking to several partners about. Virtual Reality is “a portal or window leading us to the future”, Ho described.
Advertisement

You can watch the full video here.