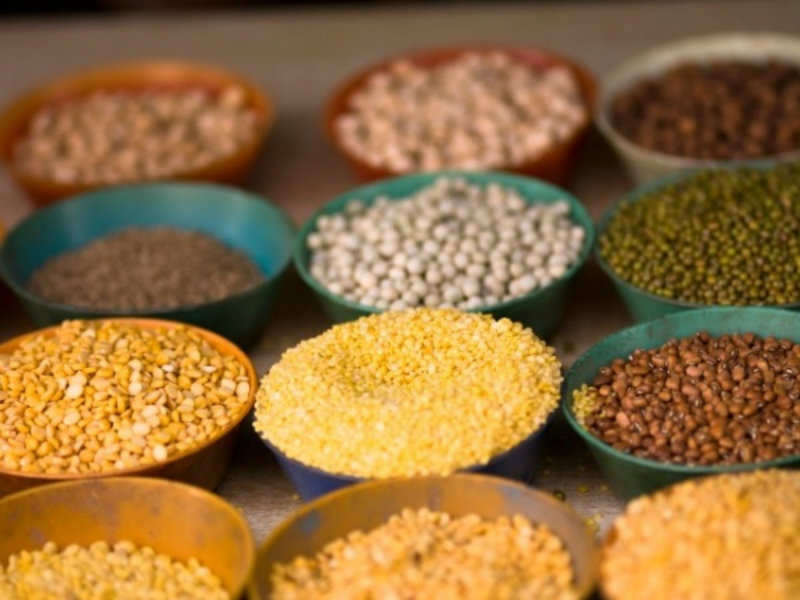 importers have come out with a solution to fix ongoing crisis over pulses. They have offered to supply 1 lakh kg of tur pulses per day at Rs 135 a kilogram.
Advertisement

But the importers want the government to exempt them from stock holding limits. The central government brought importers, exporters, departmental stores and licenced food processors under the limit to check hoarding even as it looked at imports to boost supplies.

Arun Jaitley has met importers to discuss problems faced by them in getting pulses from the international market.

Importers are of the view that price of pulses would come down only if there is smooth availability of imported pulses and for that importers should be exempted from the stock holding limit.

To give relief to common man from skyrocketing prices of pulses, importers have offered to supply 1,00,000 kg (100 tonnes) of imported tur dal at Rs 135 per kg on a daily basis to the government agencies. The supply of 1,00,000 kg of pulses would continue during the festival season till November-end.

Advertisement
Presently, the average stock holding limit for importers is about 300-350 tonnes in states. Imports would be difficult to undertake with such limits as a vessel carries a minimum of 50,000 tonnes of pulses.

The central government has taken several measures such as creating a buffer stock of 40,000 tonnes and sale of imported pulses at cheaper rates to give relief to people. The state governments have also seized about 36,000 tonnes of pulses during raids on .

Pulses prices have risen across the country due to shortfall in domestic output by 2 million tonnes in 2014-15 due to . There is also global shortage of lentils.