Advertisement
Sriram Iyer
Dec 5, 2019, 19:08 IST
Millions of Indians have been busy laughing their guts out to a steady stream of ludicrous sermons from a cult leader Nithyananda for over a year now.
Advertisement
The jokes and memes about Nithyananda were so funny they distracted people from the fact that he was a rape-accused, self-styled Godman⁠— and not just a dumb preacher with bizarre theories about physics, chemistry, biology and how rich people could create a fund that they could access in their next birth.

As the cliche goes, history has a way of repeating itself. While the police dragged their feet and the people ignored the sheer audacity of a tainted cult leader releasing videos, Nithyananda has reportedly fled to an island near Trinidad, where he claims to have set up a separate nation for Hindus ‘who have lost the right to practice their religion’ in different countries.

This ‘new nation’ has its own passport, emblem, and cabinet of ministers, the Kailaasa website claimed. Now, the Gujarat state police has sought Interpol's help in nabbing the fugitive, who according to the Khaleej Times, was worth $23 million a few years ago before his popularity spiked further.

Sounds a bit like Wild, Wild Country⁠— the popular Netflix documentary on Rajneesh, or Osho as he was popularly called, who took Oregon by storm a few decades ago? It does because the story is eerily similar.
Advertisement
While both the mainstream media and social media is abuzz with the ‘trending’ story about the birth of Kailaasa, the name Nithyananda has come up with for his mythical nation, the sequence of events leading up to his disappearance is intriguing too.

Four children from Bengaluru were abducted by people in Nithyananda’s Ahmedabad Ashram ⁠— a hermitage ⁠— who sought donations from the parent as ransom. The children remained in Ahmedabad for six months.

November 2, 2019: Two minors are rescued but other two sisters are ‘missing’

The parent managed to get 2 of his children back with the help of Gujarat State Commission for Protection of Child Rights. That is when shocking details emerged of how the children were abused in Nithyananda’s custody. It took 15 days more before the cops swung into action and in all that time two girls remained in captivity.

November 17, 2019: A case was filed against Nithyananda but no one was really looking for him

The first information report (FIR) was filed against the Guru but no action was taken against the perpetrators. It is only after the court issued a notice against the godman, three days later, did the cops make the first, two people from the Ashram. Not the kingpin Nithyananda, because he had gone missing by that time.
Advertisement
November 22, 2019: A patron gets arrested

The Ahmedabad Police arrested the principal of the prominent Delhi Public School in the Gujarat city, for giving away a part of the school land to Nithyananda to set up his monastic retreat. This was in violation of the law and a reflection of the cult leader’s clout.

Nithyananda hails from the southern state of Tamil Nadu and has been seen with prominent right-wing personalities like Rajiv Malhotra, an Indian-American author who, after a career in the computer and telecom industries, went on to found the Infinity Foundation, which focuses on Indic studies.

There was also Mohandas Pai, the former Director at Infosys, sharing the stage with the godman and indulging the latter’s fantastic claims.
Advertisement

November 27, 2019: The cops blamed the victim and delayed the manhunt.

The police department told the court that the girls⁠— one 21 years old and the other 18⁠— do not want to return to the parents and offered to address the court via video conference from Trinidad and Tobago. Still, it did not strike the cops that the accused Nithyananda may also have fled the country until the ‘fugitive decided to make his declaration of a new nation, Kailaasa, and its website public on December 3.

Here’s a former devotee explaining how she was brainwashed at the Ashram.

The mockery of law started way before the police got involved
Advertisement
Nithyananda was accused of rape in Karnataka in 2012.He managed to delay the process using many tricks, including the one time where he claimed to be impotent. However, in 2014, the Supreme Court of India ordered the Karnataka High Court to frame charges and begin the trial. It took another four years for the trial to begin.

In the meantime, his business boomed. He gained followers around the world and as many videos would suggest, they could be fanatic. A persecution complex tied them together and kept them devoted to their Guru beyond all reason.

While the case is pending, Nithyananda found patrons in Ahmedabad, like the school Principal, who gave him space for another retreat for the godman and his gang of followers.

It is also possible that the website and the declaration of a new nation are all a distraction and the accused may still be hiding in India. But the pace of investigations and actions by the Police do not inspire confidence among those who want to see justice.

As Nithyananda’s ardent fan Rajiv Malhotra ⁠— who chairs the Centre for Indic Studies in the University of Massachusetts⁠—- puts it, “His teachings resemble those of Osho in many ways, with the added touch that he has revived many rituals and traditional practices alongside the Hindu dharma theory.”
Advertisement
The fact is that even many Hindu scholars refuse to associate with Nithyananda’s spectacular claims⁠— he once said he had delayed sunrise by 40 minutes⁠— and ascribe any credibility, not even one based on faith, to his sermons.

If indeed the similarities between Nithyananda and Osho play out the way it did in Wasco county in Oregon, 1980s, it will be tragic⁠— for the rape victim awaiting justice, for the image of India as well as Trinidad, as well as the religion he claims to represent. And if history teaches us anything, for those seeking faith at any cost this may be the latest disappointment but this won’t be the last.

Netflix's latest docuseries 'Wild Wild Country' depicts a controversial 'sex cult,' and it has a 100% on Rotten Tomatoes 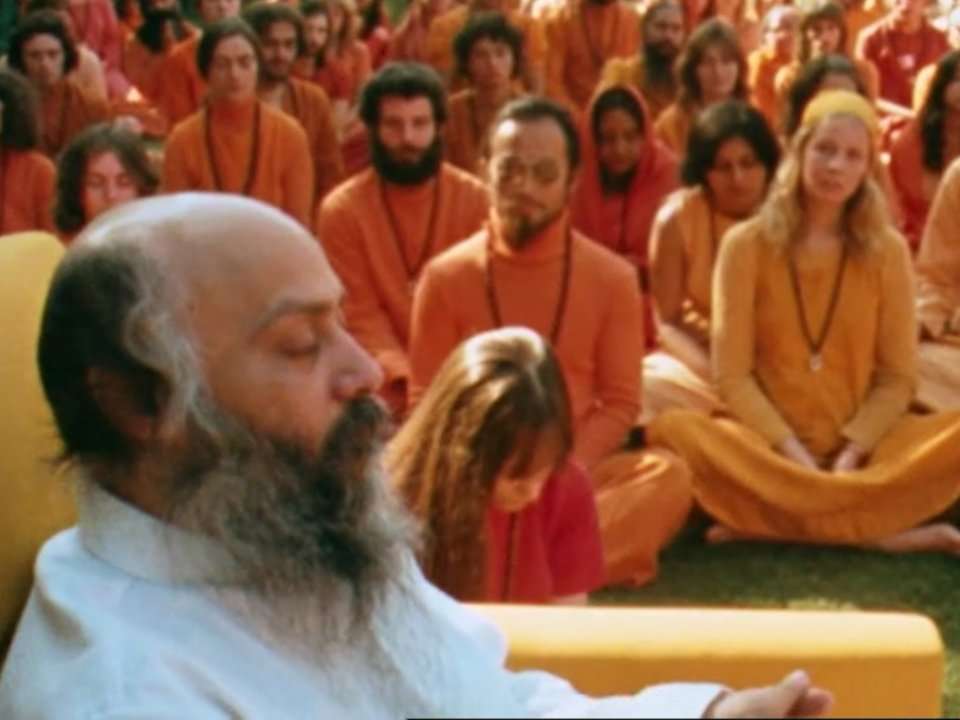 Netflix's latest docuseries 'Wild Wild Country' depicts a controversial 'sex cult,' and it has a 100% on Rotten Tomatoes