Advertisement
Prabhjote Gill
Oct 23, 2020, 10:40 IST
US President Donald Trump during the second 2020 presidential debateCSPAN live webcast
Advertisement
The second 2020 presidential debate between Democratic nominee Joe Biden and incumbent Donald Trump saw its share of fireworks over issues like COVID-19 pandemic, climate change and race. And, when asked how each administration would combat climate change, Trump was quick to take a swipe at India, China and Russia, as he defended his decision to withdraw from the Paris climate accord.
“Look at China, how filthy it is! Look at Russia, look at India — it’s filthy! The air is filthy,” Trump said during the debate with Biden.

EXCLUSIVE: Trump versus Biden — President of USISPF explains how the administrations will differ in their approach to India


This comes at a time when the air quality in India's national capital has fallen to ‘very poor’. Smog cover is being experienced across the Delhi-NCR region.

However, while it may be true that China, India and Russia are among the top five emitters of greenhouse gases — the US is right up there with them. In fact, it’s only China that has higher emissions than the US.

According to Trump, the only reason he took the US out of the accords in the first place was because the country would have had to spend trillions of dollars and be treated unfairly at the same time.


“It was so unfair. China doesn’t kick in till 2030. Russia goes back to a lower standard, and would've kicked in right away,” he said while asserting that the US has the ‘cleanest’ water and air. “(We have) the best standards that we’ve seen in many many years and we haven’t destroyed our industries.”

As a part of the Paris Agreement, the US had promised to reduce its emissions by 26% before 2025 as compared to 2005.

Signing the agreement once more would bring the country back under the umbrella of mobilising funds to prevent climate change. Under the agreement, developed countries — like the US — are obligated to contribute at least $100 billion every year in ‘climate finance’ for developing countries.
Advertisement

This funding exercise in its first year and currently, the participating nations are struggling to meet that goal.

The 2020 US presidential election is set to take place on November 3. Biden currently leads in the national polls. However, so did Hillary Clinton during the 2016 election when Trump defeated her to win the US presidency.

Hence, it’s important to point out that while Trump leads in double-digits in most national level polls, at a state level — he only has a single-digit lead in most swing states like Florida, Michigan, Pennsylvania, Wisconsin and Arizona.

Needless to say, both campaigns are on the edge as the election day creeps closer.

SEE ALSO:
20 charts that explain why Indian Americans are more likely to vote for Joe Biden in the 2020 US Presidential Election 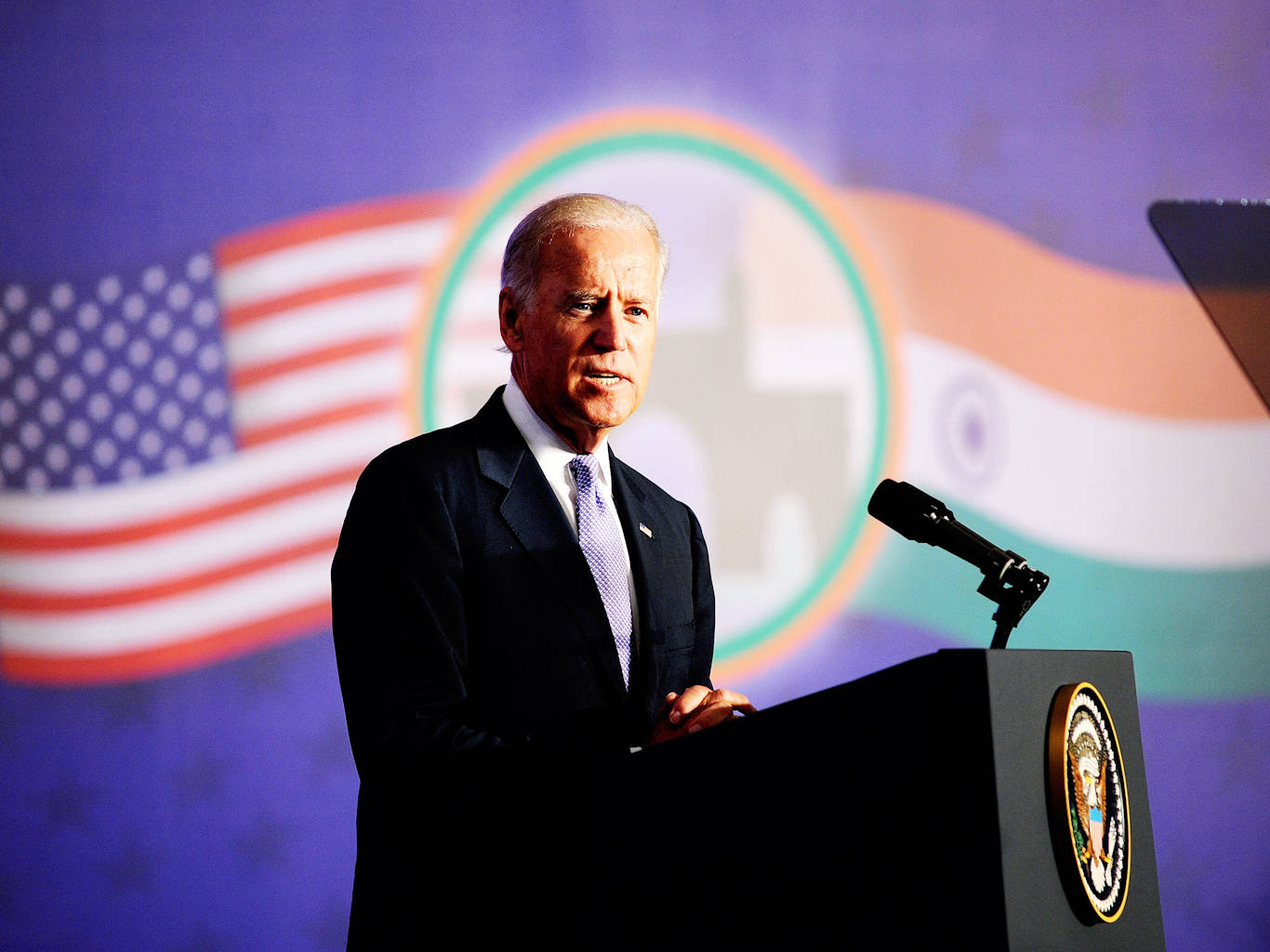 EXCLUSIVE: Trump versus Biden — President of USISPF explains how the administrations will differ in their approach to India