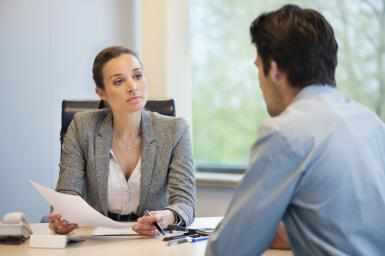 A recent report which highlights the discrepancies that are commonly found among job applicants in India found out that in the fourth quarter last year, 80% of discrepancy cases were males and the remaining 20% were females.
Advertisement

What does that really mean? It means that more men than women are providing false information to their . The trend however varies from region to region and in the areas that aspirants are choosing to mislead.

The report released by First Advantage - a background screening company in India – cites discrepancies are being seen when employers ask details about past employment, address and education. There is also classification of trends region-wise (highest cases from Maharashta, lowest from New Delhi), and gender-wise (more men are lying to employers than women).

“With the latest economic developments indicating an aggressive hiring trend in the coming quarters, employers are looking for best hiring and screening practices that will allow them to make judicious decisions for keeping their employees productive and safe,” says Purushotam Savlani, Managing Director and SVP, First Advantage India.

He further adds, “The objective of this report is to acquaint the employers with the common challenges and discrepancies prevalent in the country and to help them understand the need to acclimatize their screening program accordingly.”

Advertisement
The findings of the report, he says, points at how the increased penetration of background screening in India have helped the employers to ensure that they on-board the best talent available. HERE ARE SOME KEY FINDINGS FROM THE REPORT:

· A study of the Case Level Quarterly Discrepancy Analysis for Q4-5 shows that the discrepancy percentage has maintained the high trend at 11.4 per cent

· In Q4-5, 80 per cent of the Overall discrepants were Males and the remaining 20 per cent were Females

· In Q4-15 discrepancies related to employment, address and education components were at 59.3 per cent, 12.3 per cent and 5.1 per cent respectively

· Employment discrepancy trend has remained consistent across zones except for a slight increase of 2 per cent in the North Zone and by 1 per cent in the West Zone [Q3-15 Vs. Q4-15]

· In Q4-15, State-wise discrepancies, Maharashtra state leads at 20 per cent. Karnataka closely follows at 19 per cent, Andhra Pradesh at 10 per cent followed by Uttar Pradesh at 8 per cent.
Advertisement

· In Q4-15 'Incorrect Tenure' has topped the graph at 27 per cent. It is followed by ‘Exit Formalities Not Completed/Absconding' at 20 per cent & ‘Other False Employment' at 17 per cent.

· A study of Education discrepancies shows Fake Document, by far, forms the biggest chunk at 45 per cent in Q4-15 and has steeply risen from 39 per cent in Q3-15.