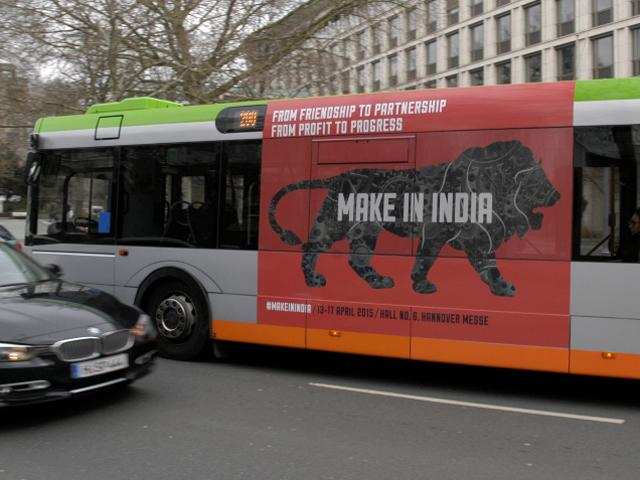 India remains far behind in terms of 'gross inflows' despite a recent spurt, says a new study.

Funds are largely coming into the consumption space such as e-commerce and not in manufacturing, therefore, the recent surge in FDI inflows may not give any boost to the government's ambitious '' campaign, the latest research report of leading brokerage firm Global said.


"The recent media hype over India surpassing China and US in FDI inflows, is supposedly considered an affirmation of the success of 'Make in India'.
Advertisement

"However, data suggests that FDI flows have centred on exploiting domestic consumption, (and) rather than stimulating domestic manufacturing it is likely to have catalysed imports," it said.

The report further said that the gross FDI inflows to China far exceeded India by 3.6 times and China's lower net FDI is due to higher investments abroad.

"It will be premature to extrapolate the recent upsurge in FDI inflows as proof of revival in the investment cycle in India," it added.
Advertisement

Referring to a recent article in British daily Financial Times, Emkay said that the report cited date compiled by 'fDi Markets' to show that India has surpassed China and the US in FDI inflows with a greenfield FDI inflow of USD 31 billion in the first half of 2015.

In full year 2014, India ranked fifth after China, the US, the UK and Mexico. The 'Make in India' twitter handle also used this data to project evidence of success of this initiative.

"It is indeed true that there has been an increase in FDI inflows (including green field and cross border M&A) into India in the hope of a turnaround in growth outlook, and this bodes well for the external sector to withstand potential BoP (Balance of Payment) volatility arising from potential decline in global excess liquidity.
Advertisement

"However, we believe it will be premature to extrapolate the recent upsurge in FDI as concrete proof of a revival in the investment cycle or aiding the objective of 'Make in India' campaign. Further, the disaggregated data on FDI inflow and outflow (greenfield and cross border M&A) indicates a much different picture compared to the general perception," it said.

The study further said that "the headline numbers gloss over the message emanating from the details".

Emkay further said that in contrast to India's over indulgence with FDI flows to resuscitate domestic investment cycle, global trends since 2007 show a consistent decline in the relevance of FDI and other external flows in funding investments.
Advertisement

The share of FDI to world gross fixed capital formation (including FDI) has declined from its peak of 14 per cent in 2007 to 9 per cent.

In India, it has declined from 11 per cent to 5 per cent.

It further said that the global FDI activities (inflows and outflows) have slowed recently, particularly in developed economies, even as emerging markets, particularly China and Hong Kong, have remained resilient.
Advertisement

As an investing country, US has seen a sizeable decline from USD three trillion in 2013 to just USD 100 billion in 2014.

Net FDI flows into China averaged about USD 1 billion for the 12 months ending August 2015, much lower than USD 2.9 billion for India.

"While truncated data like these may have prompted some to conclude that India trumped China, if we consider only the inflows, China has consistently maintained gross inflows of about 3.6-times that of India.
Advertisement

"Importantly, China has been growing its investments abroad over the past several years, growing at 27-30 per cent since 2009, possibly diversifying fixed investments across other parts of the world," the Emkay study said.

It further said that the rising FDI targets domestic demand rather than supporting 'Make in India'.

"The profile of recent FDI flows is indicative of investments done to tap the domestic consumption rather than to boost exports. Substantial inflows in the last two years have been in the areas of e-commerce, automobiles and cash and carry. Employment intensive sectors such as construction, have seen sharp decline.
Advertisement

Nearly half of the top private equity deals in 2014 were in consumer technology, which experienced an annual growth rate of 140 per cent.

"However, we believe that with majority of such investments are going into growth and initial phase of funding with valuations getting expensive, there is a possibility of flows diminishing, going forward.
Advertisement

"Rather than encouraging manufacturing, e-tailing investments in turn, have fuelled imports of consumer electronics. Clearly, in our view, such flows cannot be considered aligned to the spirit of the "Make in India" campaign," it added.

(Image credit: Make in India)
NewsletterSIMPLY PUT - where we join the dots to inform and inspire you. Sign up for a weekly brief collating many news items into one untangled thought delivered straight to your mailbox.
CAPTCHA: