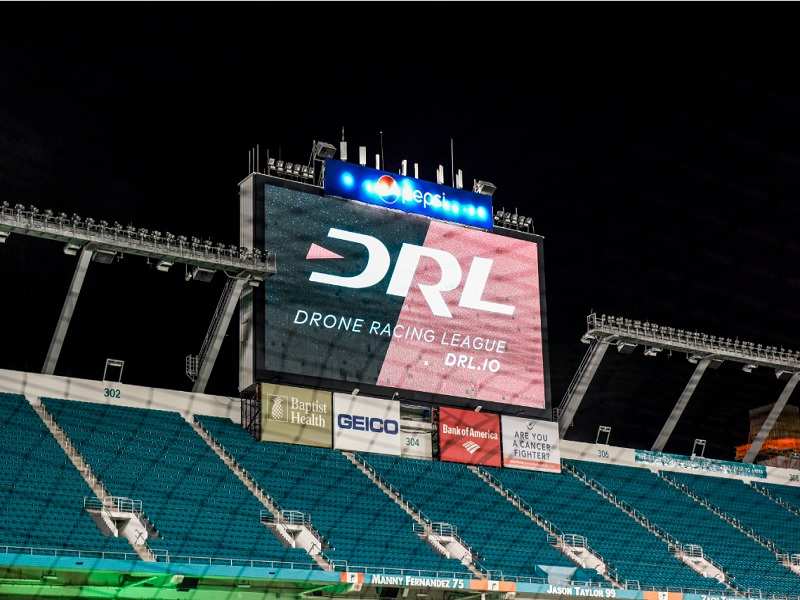 India's top eight drone pilots will battle it during Formula DrOne, the country's first night event to be unveiled tonight on a three-dimensional race track in the Manohar C-Watsa stadium of IIT Madras.
Advertisement

- IIT Madras - is presenting this event in association with the , a pan-India community of drone racing pilots.

For the event, the three-dimensional race track comprises LED walls and hoops for the to navigate through, all arranged in a precise way to form a complicated race track covering about 1,00,000 square feet. The drones used for racing are purpose-built, unlike the ready-to-fly variety.

Each pilot, therefore, will have wear special goggles that show real-time video from keychain cameras mounted on their craft. The drones move fast upto 100 kmph. Student coordinator Sundar Sri told the media - &ldquo;They corner like a drift car; body rotating to face the direction they want to go while the drone is still sliding sideways through the air. The racers sit on the ground or in folding chairs, concentrating only on the controllers in their hands and the horizon.&rdquo;

Drone racing using FPV (first person view) is a rapidly-evolving ultra-modern sport that has captured the imagination of tech enthusiasts and geeks worldwide. Together, Shaastra and Indian Drone Racing League are trying to generate interest in this sport. IDRL has a long-term vision to enable world-class drone racing pilots emerge from the country and spread awareness about the educational aspect of building and programming drones.

Advertisement
Nivedita Manepalli, Head of Shows and Exhibitions, Shaastra 2017, said though IDRL conducted it&rsquo;s first episode in IIT Gandhinagar, in October 2016, this is the first time it&rsquo;s being organised during night.

The event would start at 6 pm and the stadium can accommodate about 3,000 spectators.

If you can't visualise what this drone racing competition could be like, here's a video to get you a dronealine rush: